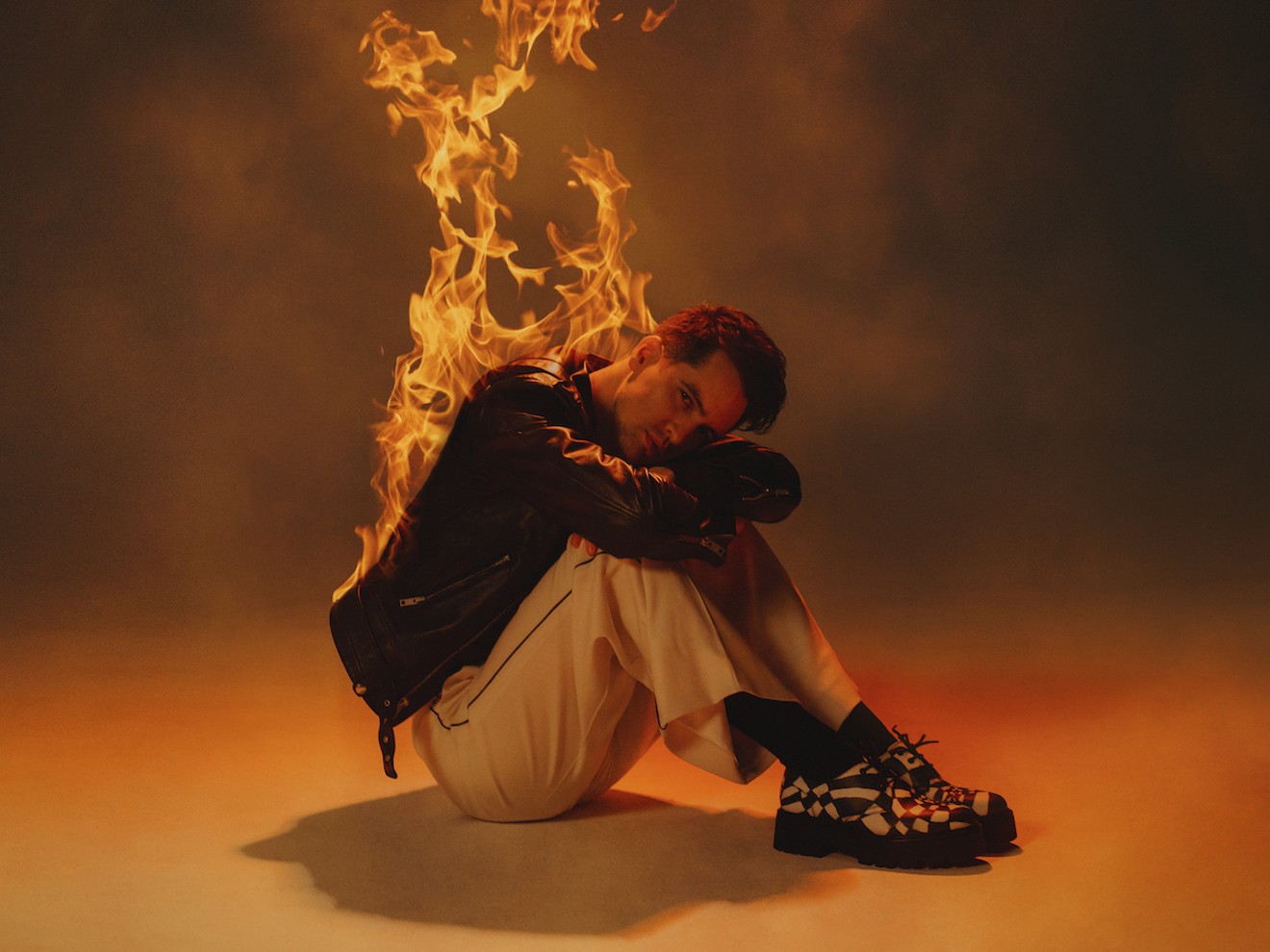 Brendon Urie of Panic! at the Disco Photo courtesy of Elektra Music Group
Panic! at the Disco fans have a big reason to celebrate this week, because the emo-pop outfit has announced its seventh studio album, Viva Las Vengeance, and a world tour by the same name.

The band — which these days is just the solo project of frontman and founding member Brendon Urie — will drop the album on August 19 and promises to be a cinematic musical journey. (Urie has always teetered on the edge of theater-kid energy when it's come to his music.) According to the album's announcement, "the songs take an introspective look into his relationship with his decade-plus career, including growing up in Las Vegas, love, and fame." The album is the band's first release since 2018's Pray for the Wicked.

The album's title track also serves as the lead single. It's a power-pop track that feels indebted to Queen and Freddie Mercury's vocal delivery.

"Viva Las Vengeance is a look back at who I was 17 years ago and who I am now with the fondness I didn't have before," Urie said in a statement.

Of course, with all this new music on the way, Panic! will hit the road on the Viva Las Vengeance Tour, kicking things off on September 8 in Austin. The tour will make its way down to South Florida on October 4 at the FLA Live Arena in Sunrise, followed by a stop in Tampa on October 5. Marina and Jake Wesley Rogers will serve as openers for the Florida dates.

Panic! at the Disco found mainstream success in 2006 with "I Write Sins Not Tragedies," the second single off the band's debut album, A Fever You Can't Sweat Out. The song peaked at number seven on the Billboard Hot 100. After four albums as a band, Urie continued the project as the sole remaining member, starting with 2016's Death of a Bachelor. Urie has also worked with artists like Taylor Swift, Benny Blanco, and Travie McCoy.
The band's place in the emo and pop-punk resurgence is also being reassessed. With My Chemical Romance currently embarking on a reunion tour and TikTok exploring 2000s culture and trends, emo and pop-punk seem hotter than ever. If you take off your rose-colored glasses for a moment, you'll remember that these genres were often considered inferior styles of rock music, despite their huge commercial appeal. Critics instead were fawning over the post-punk revival coming out of places like New York City, Los Angeles, and the U.K.

Emo was popular with teenagers looking for a way to channel their hormone-induced feelings, but critics often dismissed it as whiny.

These days, though, you can't browse the internet without stumbling on a thinkpiece about emo and pop-punk, revisiting the genres and the escapism they provided. And while Panic! at the Disco isn't the same band we all encountered back in 2006, it's worth considering its musical contribution in its 15-year run.

Here are the full Viva Las Vengeance Tour dates:
Panic! at the Disco. With Marina and Jake Wesley Rogers. 7 p.m.Tuesday, October 4, at FLA Live Arena, 1 Panther Pkwy., Sunrise; 954-835-7000; flalivearena.com. Tickets go on sale Wednesday, June 8, at 10 a.m. via ticketmaster.com.
KEEP MIAMI NEW TIMES FREE... Since we started Miami New Times, it has been defined as the free, independent voice of Miami, and we'd like to keep it that way. With local media under siege, it's more important than ever for us to rally support behind funding our local journalism. You can help by participating in our "I Support" program, allowing us to keep offering readers access to our incisive coverage of local news, food and culture with no paywalls.
Make a one-time donation today for as little as $1.