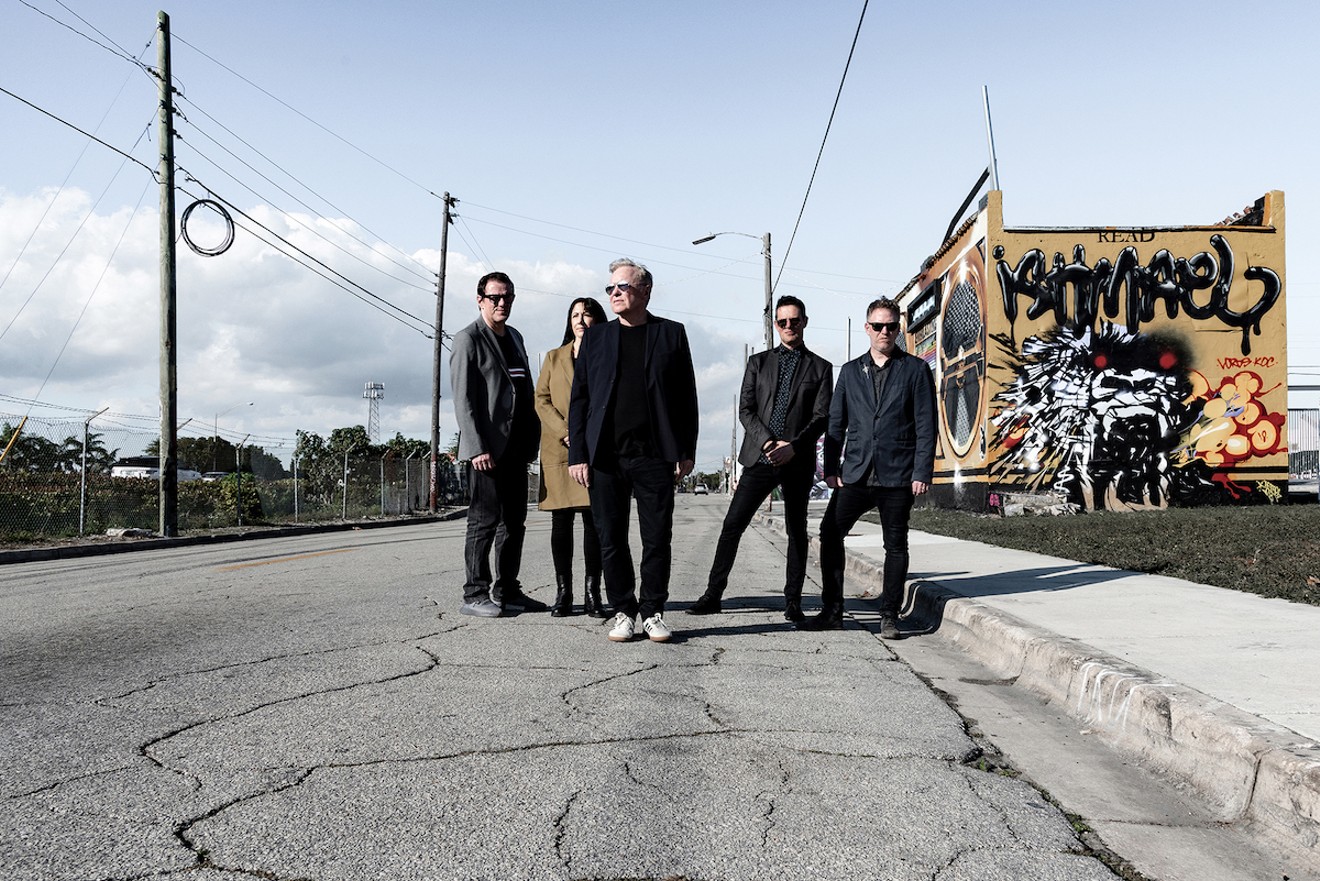 New Order will briefly call Miami home. Photo by Warren Jackson
There is little doubt Miami loves synthpop icon New Order. The last two shows at the Fillmore Miami Beach in 2016 and 2019 have been sold-out affairs.

The attraction must be mutual, because New Order has announced it will do a four-night residency at the Fillmore in January 2020 — a first for the band in the U.S.

The performance dates will be Tuesday, January 14; Wednesday, January 15; Friday, January 17; and Saturday, January 18. Tickets, which go on sale this Friday, June 28, at 10 a.m., will start at $78.50 for general admission. For the superfan, four-day tickets are available for $62.50 per night or $250 total — a bargain to see the band cull from its extensive catalog every night. (It would be unfortunate if the band just recycles the same setlist night after night.) Reserved seating is also available for $120.50. Any general-admission tickets available the day of the show will go for $85.

The news of New Order's residency follows the announcement that Madonna's Madame X Tour will be stopping at the Fillmore for a five-night run in December.

New Order is set to release a live album, ?(No,12k,Lg,17Mif) New Order + Liam Gillick: So it goes.., on July 12. The album is a recording of the band's July 2017 show at Manchester's Old Granada Studios, the same stage where Joy Division made its TV debut. That show was part of a five-night residency at Old Granada, so it's worth taking a listen upon release to get a feel for what the Miami Beach stint may hold.

The band hasn't released a proper studio album since 2015's Music Complete, a critical smash that saw a return to the more classic New Order sound. Of course, the band is best known for rising from the ashes of Joy Division after the death of frontman Ian Curtis in 1980. New Order quickly found success upon releasing its breakthrough album, Power, Corruption & Lies, as well as the dance-floor classic "Blue Monday" in 1983.

New Order. Tuesday, January 14; Wednesday, January 15; Friday, January 17; and Saturday, January 18, at the Fillmore Miami Beach, 700 Washington Ave., Miami Beach; 305-673-7300; fillmoremb.com. Tickets cost $78.50 to $250 via livenation.com.
KEEP MIAMI NEW TIMES FREE... Since we started Miami New Times, it has been defined as the free, independent voice of Miami, and we'd like to keep it that way. With local media under siege, it's more important than ever for us to rally support behind funding our local journalism. You can help by participating in our "I Support" program, allowing us to keep offering readers access to our incisive coverage of local news, food and culture with no paywalls.
Make a one-time donation today for as little as $1.