How Nick León Became One of Miami's Most Exciting Producers 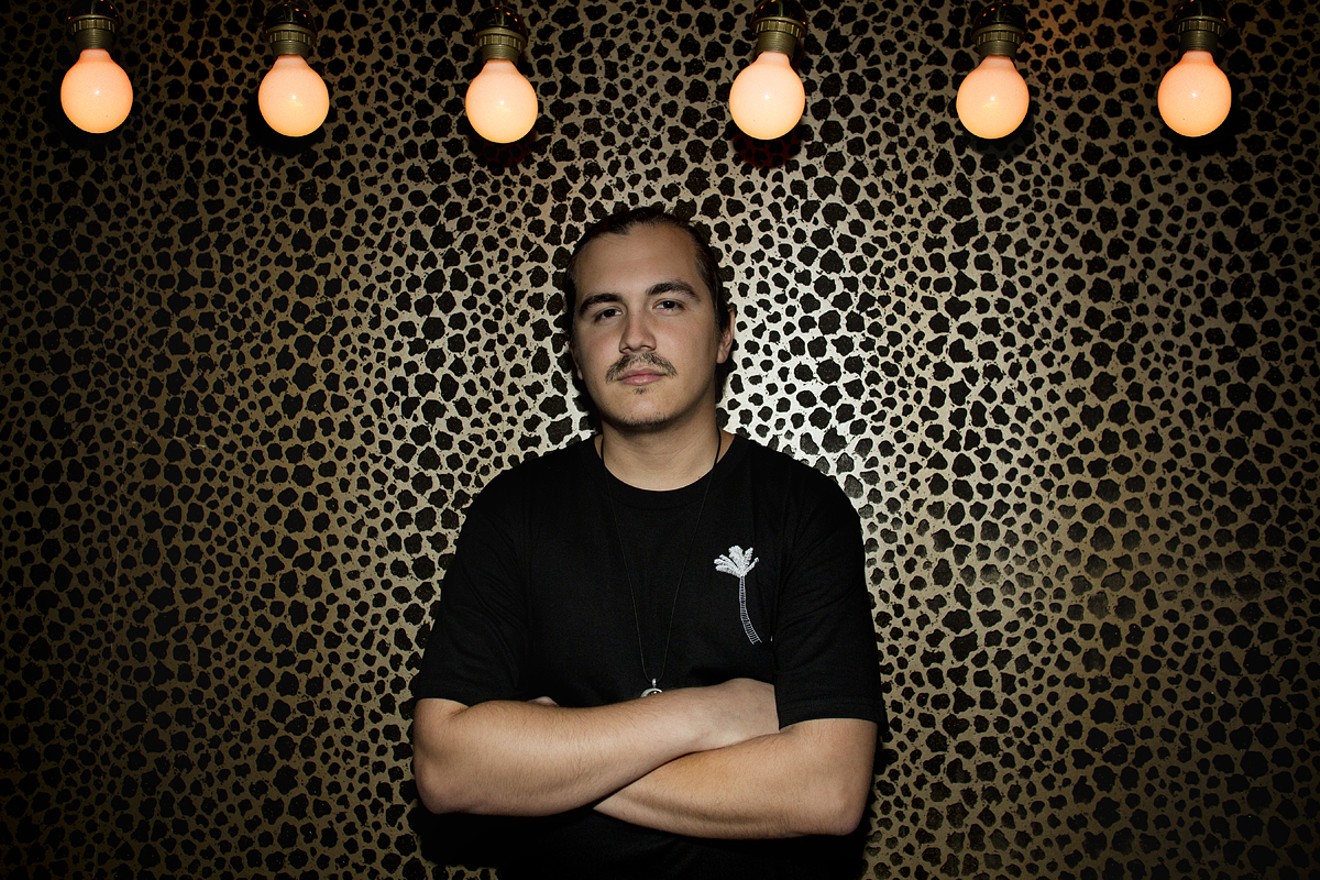 Sitting in a booth at the Anderson, Nick León sounds slightly timid and unsure when talking about himself. It's not unexpected. The 24-year-old hasn't exactly had much practice touting his work to the media. He's definitely confident about the work he produces but still blushes at compliments.

Asked if he was always musically inclined, he says, "That's what my family tells me," adding he used to bang on household items and take instruments apart.

Born in Oakland, California, to Colombian parents, León moved with his family to Fort Lauderdale when he was 3. Growing up, he played guitar and piano but quit when a teacher told him he would never be a musician because he couldn't read sheet music. Instead, when he was 12, he borrowed the music-editing software FruityLoops from his older brother and started his career as a bedroom producer.

León gravitated toward the reggaeton sounds coming out of Puerto Rico and Colombia.

"I really started making beats because, in 2004 and 2005, it was the big reggaeton explosion," León says. At the same time, YouTube launched in 2005, allowing people all over the world to share their ideas more quickly, which became a fountain of inspiration for León.

In high school, León began producing beats for classmates who rapped and posting their work on the mixtape platform DatPiff. When he grew tired of making beats for others, he looked at Warp Records and acts such as Flying Lotus and decided he would make his own productions. After graduating, he attended SAE Institute for audio engineering and landed an internship at Lenny Kravitz's former studio at the Setai. However, a changing music industry that has seen music production move from professional studios to bedrooms and coffee shops meant that León soon found himself without a job.

As he met players on the local music scene such as Austin Paul and promoter David Sinopoli, he decided to stick it out in Miami. "I really wanted to get involved with Miami and help add whatever I could to the scene going on here instead of leaving," he admits.

All of those influences converge in León's current work, which is firmly electronic but borrows from hip-hop, R&B, and techno. He still produces for other acts, including Denzel Curry, Sndngchllz, Twelve'Len, and Robb Banks, but his best work is under his own name.

Last year, León released his debut album, Profecía, via the Los Angeles-based label Alpha Pup. He claims he "doesn't like" the album anymore, and a listen to his current work shows why. Though Profecía's beats hit harder, his latest tracks, such as "Nanobots" and "Feedback Reversal," are more ambient, taking longer to unfold.

Barely halfway through his 20s, León will continue to evolve his sound. Though he's still finding his footing, through his label, Space Tapes, he hopes to cultivate his crop of left-field acts right here in the Magic City.

"Going to places like New York and seeing kids who are crazy good at what they do because they have competition," he says, "I wanted to bring that here with Space Tapes."