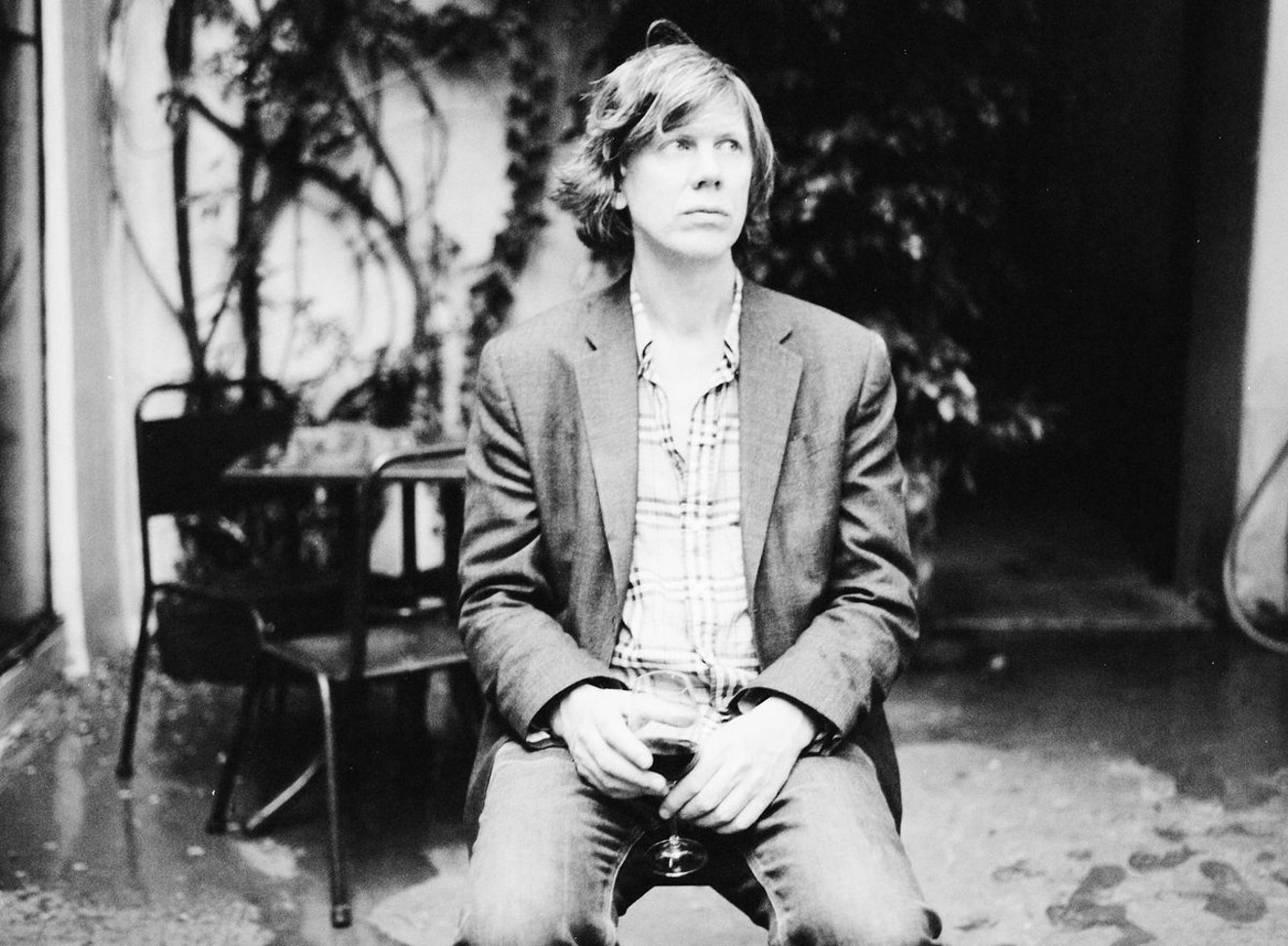 Thurston Moore Photo by Vera Marmelo
Few bands make you think of New York City as much as the indie-rock greats Sonic Youth. But frontman Thurston Moore was surprisingly born in Coral Gables, where he also spent his early childhood. "There is a palpable musical breath day and night in the tropical oasis that is Coral Gables," Moore dryly tells New Times over email.

There undoubtedly will be more detail about those early South Florida years before his family decamped to the Northeast when his memoir Sonic Life is released in 2023, but for now, Moore prefers to speak about Linger On: The Velvet Underbook, a book published under his imprint Ecstatic Peace Library. The book is a 224-page love letter to one of Moore and Sonic Youth's greatest musical influences, the Velvet Underground. Moore will discuss the book at the Miami Book Fair along with the book's author Ignacio Julià; photographer James Hamilton, whose work is featured in the book; and The Sopranos actor Michael Imperioli.

"Ignacio Julià's interviews with all the members of the Velvet Underground are astonishingly revealing," Moore says. "The book goes deep. It's called Linger On and includes his lost interviews with the Scooby-core: Lou, John, Moe, and Sterling. Ignacio lovingly revisited his old cassette tapes and offered up his insider's scoopage and probing interview questions and conversation with all the main [Velvet Underground] characters, including German actress and model Nico. Ignacio first saw Lou Reed play in 1975 in Barcelona. The concert had a life-changing effect on him. But rather than start a band, he proceeded to follow the band's career, interviewing the members over the years."

Also included in the book are interviews with Velvet Underground admirers like filmmaker Todd Haynes (who directed the 2021 documentary on the band), and Jackson Browne.

Moore provides the book's introduction, which helped stretch his writing muscles for his upcoming memoir, about which he says, "There is a great deal of research. Specific details of one's own life is rather hard work and required to be exact. Most readers can tell when a musician or artist have just talked to a ghostwriter and their answers are transcribed and edited together. [My wife] Eva says, 'You must write your truth to conquer your psychology.' She is a book editor and explained that even if I cut the book in half before it's published, I'd have to first write it all out. It's a spiritual process."

Just as Moore is excited to present to the world a book about one of his favorite bands, so is a large contingent of Sonic Youth fans eager to learn more about him. Sonic Youth was a band that, from 1981 through 2011, carried the Velvet Underground's torch of melding noise, melody, and poetry to provide a cool alternative to the music that dominated the radio waves.

After the band's breakup, which coincided with his divorce from Sonic Youth singer/bassist Kim Gordon, Moore has stayed busy. Beyond founding the book publisher Ecstatic Peace Library and continuing to create music as a solo artist (the next record, Flow Critical Lucidity, will be released in 2023), Moore also has his own record label, Daydream Library Series. Daydream signed Miami band Seafoam Walls, whose lead, Jayan Bertrand, Moore can't say enough good things about. "He is an exceptional musician and a treasure of Miami. He's setting off with us on tour next spring through the Netherlands and Germany. We are going to try to convince him to stay in the UK and Europe with us for a while."

But before looking forward, Moore will first look back — both with his memoir and the book about the band that helped inspire him to pick up a guitar and a microphone.

Ignacio Julià, Thurston Moore, James Hamilton, and Michael Imperioli: A Conversation. 4 p.m. Saturday, November 19, at Miami Dade College Wolfson Campus (Building 1, Room 1261), 300 NE Second Ave., Miami; miamibookfair.com. The talk can also be streamed online via miamibookfaironline.com.
KEEP MIAMI NEW TIMES FREE... Since we started Miami New Times, it has been defined as the free, independent voice of Miami, and we'd like to keep it that way. With local media under siege, it's more important than ever for us to rally support behind funding our local journalism. You can help by participating in our "I Support" program, allowing us to keep offering readers access to our incisive coverage of local news, food and culture with no paywalls.
Make a one-time donation today for as little as $1.