Janet Jackson to Launch Together Again 2023 Tour in Miami 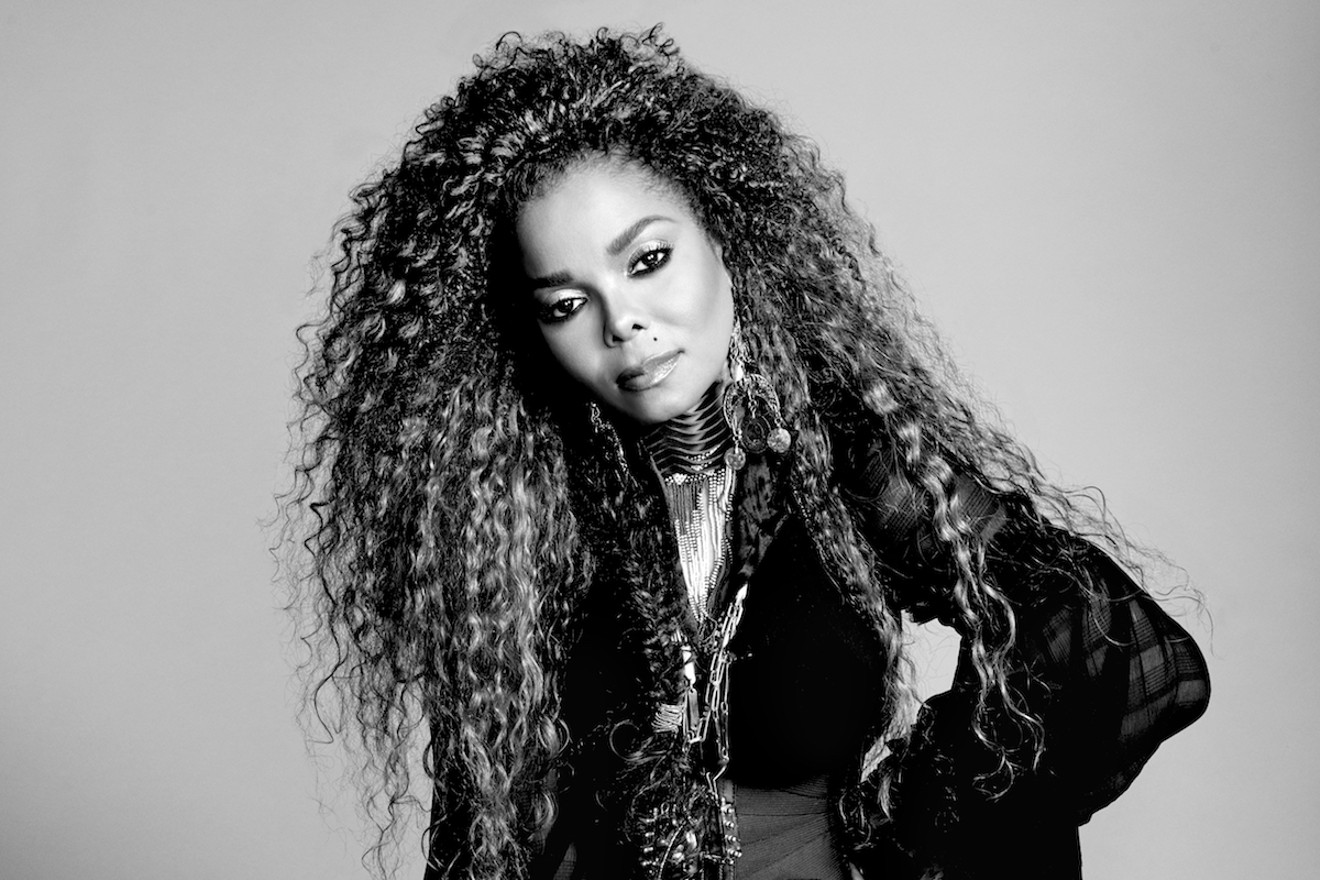 Janet Jackson Photo by YuTsai
Here's one big reason to look forward to 2023: One of pop music's legendary acts is setting out on tour, and she's kicking things off right here in South Florida.

Janet — Ms. Jackson if you're nasty — is returning to the stage for the first time since the pandemic. Her Together Again Tour will launch on Tuesday, March 14, 2023, at Hard Rock Live Arena in Hollywood. Tickets are being sold via Ticketmaster (buyer beware), with presale starting at 10 a.m. on Tuesday, December 13, and general on-sale at 11 a.m. on Friday, December 16. Ludacris, the Fast & Furious movie star who also once had a music career, will join as opener.

As one of the most popular female performers in American history, having sold nearly 100 million records all on her own, Ms. Jackson's reputation precedes her. Starting with two highly acclaimed '80s albums, Control in 1986 and Rhythm Nation 1814 in 1989, she was one of the biggest fin de siècle pop stars and then some, until — well, you know. Since that unfortunate bit of exposure, Jackson has spent much of the past two decades rebuilding her career. Her most recent album, Unbreakable, came out in 2015, and she has appeared in a few Tyler Perry productions. But she has seen a bit of a resurgence in attention of late: Earlier this year, she reissued her 1997 album The Velvet Rope to renewed acclaim, with Pitchfork going so far as to declare it the seventh-best album of the decade. Not for nothing does the upcoming tour take its name from Velvet Rope single "Together Again"; it's a fair guess she'll be featuring plenty of tunes from that era in particular.

Janet Jackson. With Ludacris. 8 p.m. Tuesday, March 14, 2023, at Hard Rock Live at the Seminole Hard Rock Hotel & Casino, 1 Seminole Way, Hollywood; 954-797-5531; seminolehardrockhollywood.com. Tickets go on sale to the general public at 11 a.m. Friday, December 16, via Ticketmaster.
KEEP MIAMI NEW TIMES FREE... Since we started Miami New Times, it has been defined as the free, independent voice of Miami, and we'd like to keep it that way. With local media under siege, it's more important than ever for us to rally support behind funding our local journalism. You can help by participating in our "I Support" program, allowing us to keep offering readers access to our incisive coverage of local news, food and culture with no paywalls.
Make a one-time donation today for as little as $1.