Nala Steps Into the Dirtybird Family with Psychic Attack

Nala doesn't stop hustling.
Photo by Corey Hurley
While most of the music business crumbled in the face of the COVID-19 pandemic, Stefania Aronin, who DJs and produces music under the name Nala, took it as an opportunity to hustle even harder. That hustle helped land her latest EP, Psychic Attack, on the revered and wacky house music label Dirtybird.

Naturally, she learned this hustle in Miami.

Born in Los Angeles, Aronin first moved to Florida in 2007, settling in Fort Lauderdale during high school. She then bounced back and forth between the West Coast and Florida until landing at Florida International University in 2011.


While at FIU, Aronin made her introduction to dance music.

“When I was around 19 or 20, I discovered Miami Music Week. So I quit my waitressing job the day Music Week ended and started pursuing PR,” Aronin says. “From PR, I started doing events, and from events, I started working in nightclubs.”

Throughout her college years, Aronin held various positions across the nightlife scene. She was a promoter for Bardot's Slap & Tickle party and produced merchandise for III Points. Naturally, in that environment, she found her way behind the decks.

Aronin worked her way up to a residency at Bardot, where she hosted Yo! Yo! Girl! The party featured an all-female lineup whom Aronin personally taught how to DJ. She would also play III Points in 2015 and 2016 and then Ultra Music Festival in 2017 — all while hustling to support herself.

“I was totally pursuing my dreams, and I wasn’t getting steady paychecks," Aronin admits. "Lots of times paychecks never came. In Miami, you learn, you adapt, you get stronger, and then you move on.”

After college, Aronin returned to Los Angeles, continuing working as a DJ. But she also started to look into music production.


“Everyone told me, ‘If you want to be a real DJ, you have to make music.’ So challenge accepted,” Aronin says. “When I got [to LA], I started being mentored by different producers. People were teaching me different things, and I really became more well-versed in production and underground music.”

With this newfound knowledge, Aronin was able to apply various genres she enjoyed to her original music. In 2019, these efforts toward the eclectic culminated with Aronin’s debut EP, Sirens, a four-track journey through serene indie soundscapes and intuitive sampling paired with her talent as a vocalist.

However, after the EP's release, Aronin faced a new challenge.
“I realized I don’t have enough money for enough people to hear this, and I don’t have an audience already," she explains. "So how do I bridge that?”

Aronin first met Aundy Crenshaw, Claude VonStroke’s wife and chief marketing officer of Dirtybird, during a Miami Music Week networking dinner in 2019. This time around not much came from their collision as Aronin felt disconnected from Dirtybird’s sound based on her productions at the time.

A year later, Aronin’s sound still wasn’t necessarily aligned with the label's. However, she was still hustling — and hustling through a pandemic: Running her own stream show, TV Party, defining a unique style as a DJ, and actively producing more music.

Over the course of that year, Dirtybird also began taking on mentees to help elevate talented young artists, and Aronin was a perfect fit in that regard.

“It was exactly what I asked the universe for. I couldn’t do it alone any more,” she says.

Aronin humbly attributes her fortunate circumstances to the universe. Being two of the hardest working people in dance music, Aundy and Barclay Crenshaw ( AKA Claude VonStroke) attribute it to her hustle.

Being very passionate about elevating women in music, Aundy assumed the role of Aronin’s manager.

“[Aronin’s] been doing this for a while, and she’s been doing a really great job,” Aundy says. “I’m super excited to work with her because I feel so strongly about working with another woman and helping someone get to that next level.”

“I think that female-to-female experience is really important,” Aronin says. “Aundy’s lived it. It’s really wonderful to have such a badass woman in the industry.”

In many ways, Aundy considers their relationship closer to knowledge sharing than traditional client-manager because of Aronin’s self-sufficiency. Aronin runs her own socials, built her own website, and handles her livestream schedule.

“She’s proven herself,” Aundy says. “I never bug her. She knows what she’s doing. It’s on her list. She’ll get it done.”

While Aundy guides Aronin on the management side, VonStroke is guiding her musically. He gave her a larger platform to perform, adding TV Party to the Dirtybird Live schedule and booking her for the label's drive-in event, Love Birds.

He also helped refine her music into something that fits the Dirtybird catalog whilst maintaining her originality.

“I started writing stuff that was a bridge between mine and their sound,” Aronin says. “I wrote maybe 150 one-minute-long ideas. At first, I was all over the place, sending [VonStroke] trance and breaks and drum 'n' bass — whatever came to mind. Now I know what to send them.”

The result of those ideas is Psychic Attack.

The EP's title track is the festival heater catalyzing dance moves with a fat, groovy bass line as Aronin’s voice drags the listener towards madness. While “Sun Is Hot” serves as the bridge between Aronin's previous work and the Dirtybird style. It's filled with warm, buzzing chords, and ethereal vocal work over a downtempo beat.

Though the EP drops today, Aronin is focusing on what she can do next: signing with agents, future gigs, and other endeavors with the support of Aundy, VonStroke, and Dirtybird.

When asked about Aronin’s future, Aundy doesn't hesitate to respond.

“She is going to headline,” she says with unshakable confidence.

When asked about her own future, Aronin says, “I’ll just keep going” — with the same unshakable confidence. 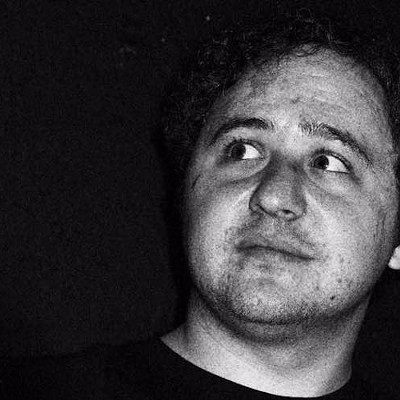 After a life-long interest in music grounded in playing jazz and classical, Harry Levin first took his foray into the professional world of music as a journalist. Over the past seven years he has covered some of the largest music festivals in the world including Coachella and EDC Vegas while interviewing legendary artists such as John Digweed, GRiZ, Aluna, and Seth Troxler. His piece are grounded in exploring the humanity behind art and creation.
Contact: Harry Levin