On El Sistema, Zion y Lennox Showcase Their Staying Power by Looking to the Past 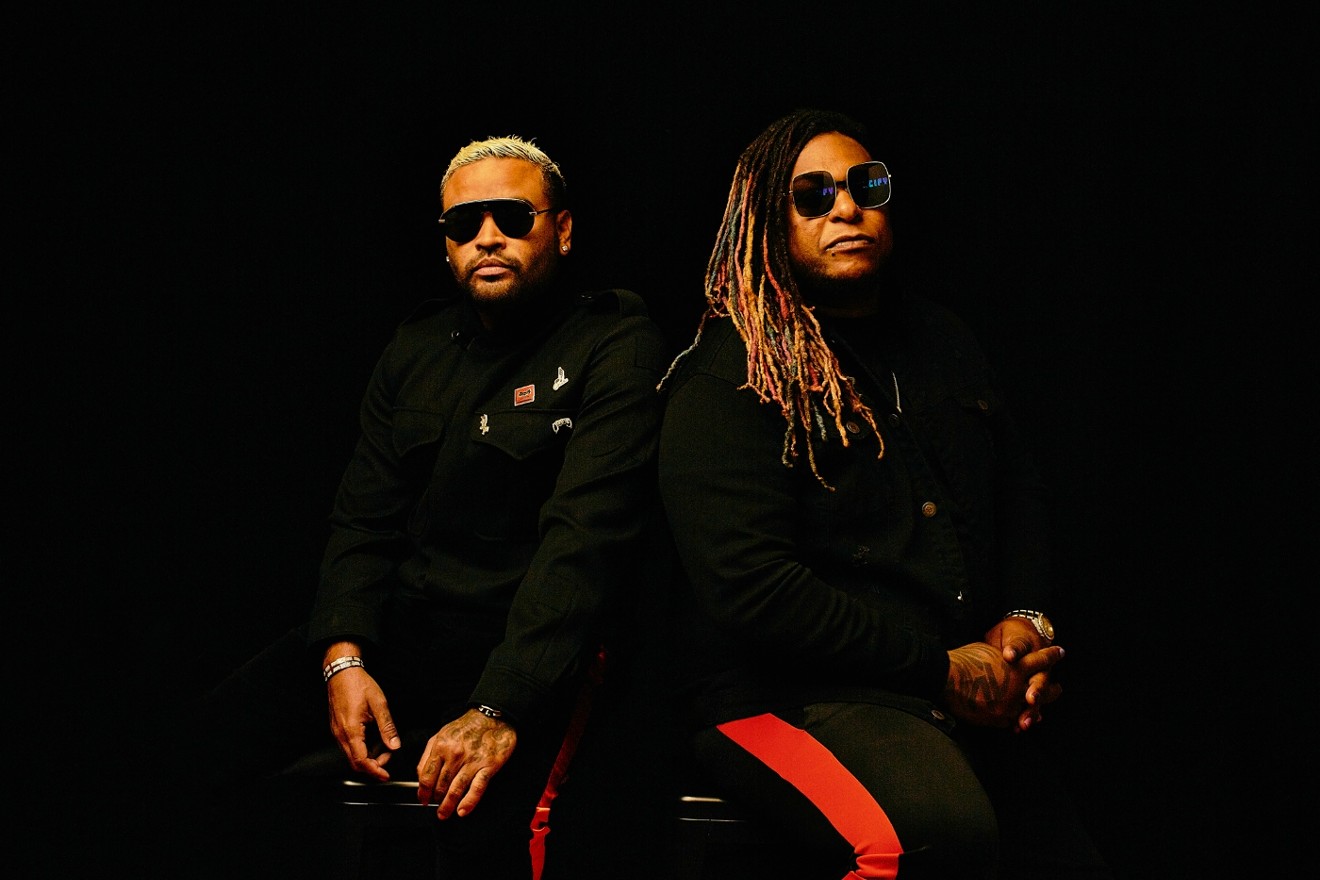 Zion y Lennox Photo by Sophia Del Carmen for Baby Records Inc.
In the summer of 2004, I was sitting on the floor in my bedroom flipping through radio stations on my oversized stereo when I landed on one that only played reggaeton. After a few songs played commercial-free, Zion y Lennox’s “Doncella” came on. It was the first time I had ever heard the duo from Carolina, Puerto Rico, and it instantly had me singing along in an attempt to learn the lyrics. As a 14-year-old transitioning from middle school to high school, my love for reggaeton was fresh, yet it was plenty strong enough to know that this song would become a big deal.

And it did. Nearly two decades later, fans consider the song one of their most memorable classics.

My teenage self had no idea that Zion y Lennox’s career had begun only four years before “Doncella” dropped. Twenty years ago, Félix "Zion" Ortiz and Gabriel "Lennox" Pizarro embarked on their journey to become one of the biggest names in Latin music. Although they had known each other since the early ‘90s, Zion y Lennox joined forces in 2000 before Lennox’s brother, Mackie of Yaga y Mackie Ranks, invited them to the studio. Once songs like “Baila Conmigo” and “Desafío” became popular outside of Puerto Rico, Zion y Lennox worked to release their debut album, Motivando a la Yal.

“We feel still brand new even after 20 years,” Zion says about the duo’s extensive career. “We’re still popping and relevant. We’re proud that we’re still in the eyes of the public and continue to be the people’s choice.”

“Of course, with high energy and the drive to continue to work hard to create new music,” Lennox adds.

The pair's debut album would lay the groundwork for their decades-long legacy. They appeared on numerous compilation albums from Luny Tunes, DJ Nelson, and Alex Gargolas. Eventually, they began working outside the reggaeton genre with American artists like Fat Man Scoop, Pitbull, and even Akon for Zion’s solo effort, The Perfect Melody, in 2007.

Fast-forward to 2021, and the Billboard Latin Music Award-winners are celebrating the release of their fourth studio album, El Sistema. On the 17th floor of the Flatiron in Brickell, New Times sees the reggaetoneros looking comfortable as they reminisce about their 20-year career and the making of their latest LP. Zion is wearing a long-sleeved black shirt, dark grey sweatpants, and a Monastery cap, while Lennox rocks a yellow Impress tracksuit complete with gold, purple, and baby-blue Air Jordans and a fitted camouflage hat. Both boriqueños adequately reflect on their legendary journey to stardom.

“The name of the album came from the producers, consultants, everyone who was involved,” Zion explains. “They remembered the first song we wrote for it called 'Sistema.' Once we finished recording, we’d play it all back, and while everyone was listening, they kept shouting '¡El Sistema! ¡El Sistema!' like they were celebrating it."
El Sistema, which dropped on July 23, gives fans new and old a brief look at the pair's past before showcasing a new direction. The album opens up with a mashup of Zion y Lennox's past hits, like “Pierdo La Cabeza” and “Yo Voy." After that, the record invites listeners on a smooth, sonic trip with the help of some of the biggest names in urbano music. Instead of the usual suspects like Daddy Yankee, Nicky Jam, and Wisin y Yandel, Zion y Lennox connect with acts like Sech, Natti Natasha, Rauw Alejandro, Darell, Myke Towers, and El Alfa. Augmenting the squad of freshmen are veteran artists like De La Ghetto and Lenny Tavárez.

The 14-track album is full of incredible tracks to fit any occasion or mood. Following the nostalgic intro, Zion y Lennox kicks things off with the lead single, “Estrella,” produced by Dynell, Legazzy, and Yazid. It’s one of the duo’s favorite records because, in their eyes, it represents the sound of Zion y Lennox the most. There are plenty of songs that will make fans want to get up and dance, like “Enchuletiao,” “No Me Llama,” featuring Myke Towers; “Diosa,” with Rauw Alejandro; “Gota Gota,” featuring El Alfa; and “Te Mueves,” featuring Natti Natasha. The duo also slows it down a bit on tracks like “Entendemos,” featuring Sech; “Perla;” and the final track, “No Más.”

They consider the collaborations worthwhile in the long run for both the newer artists and themselves.

El Sistema comes several months ahead of Zion y Lennox's La Trayectoria concert at El Coliseo de Puerto Rico. Scheduled for December 4, the show sold out within 24 hours, so the duo decided to add two additional concerts, on December 2 and 3. As of now, only Zion y Lennox are expected to perform, but who knows what kind of last-minute surprises they may have in store.

The concert is a major milestone. Zion y Lennox's longevity shows the love and respect their fans have for them. Even in my early thirties, my appreciation for their music catalog hasn’t dimmed. As I matured, so did their music.

No matter what direction they take their music, Zion y Lennox continue to inspire a new wave of Latin artists and entertain at least two generations of fans.
KEEP MIAMI NEW TIMES FREE... Since we started Miami New Times, it has been defined as the free, independent voice of Miami, and we'd like to keep it that way. With local media under siege, it's more important than ever for us to rally support behind funding our local journalism. You can help by participating in our "I Support" program, allowing us to keep offering readers access to our incisive coverage of local news, food and culture with no paywalls.
Make a one-time donation today for as little as $1.