Singer-Songwriter Justin Quiles Has His Sights Set on Superstardom 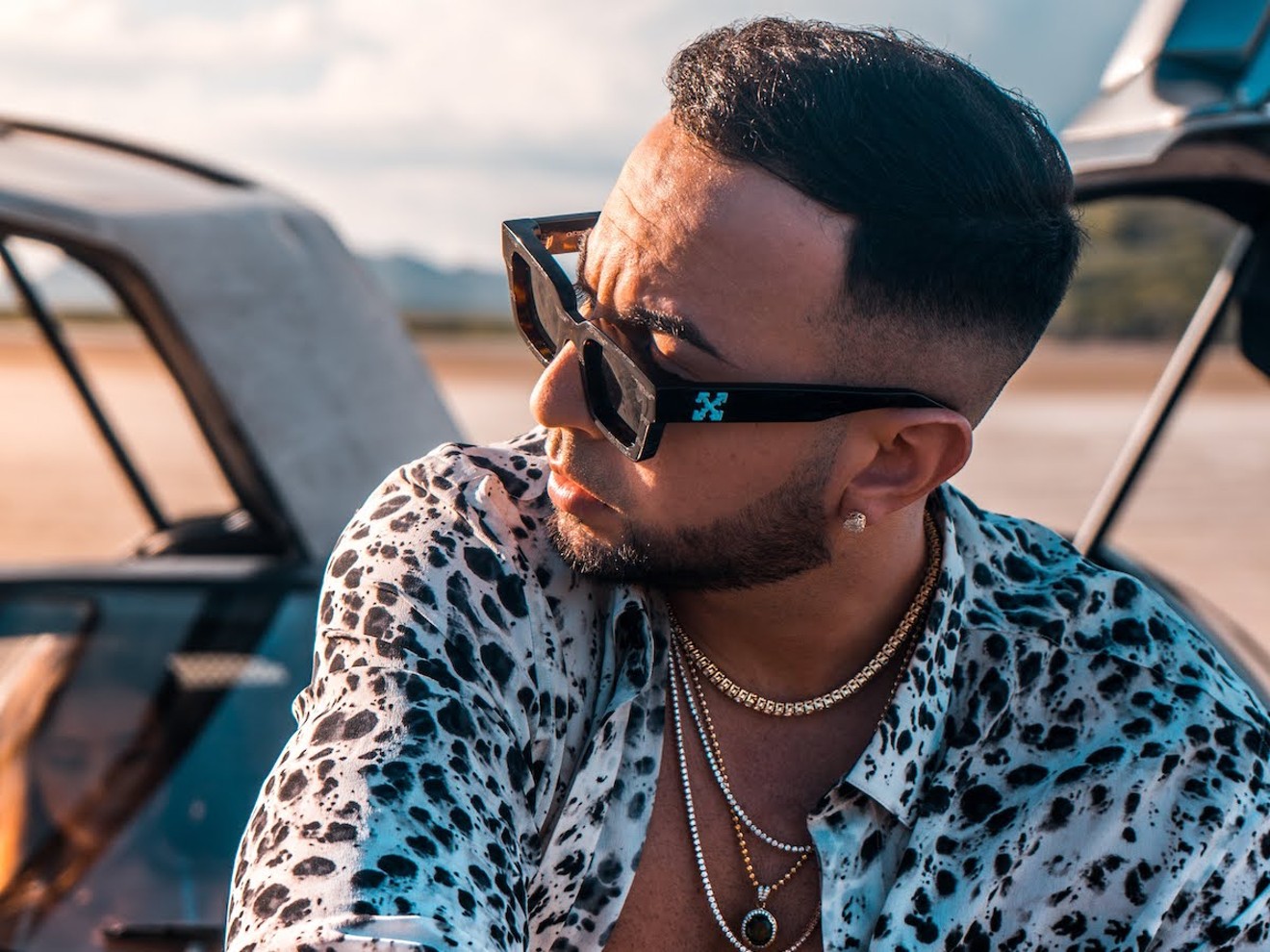 Justin Quiles Photo courtesy of DreOmar/Imagine It Media
“I want a global hit that will be number one worldwide. That’s my goal, and I’m going for it,” Justin Quiles tells New Times, sharing his goal for 2021.

The 30-year-old reggaeton singer-songwriter’s objective doesn’t seem farfetched, either. A few hours before the interview, he found out that his dembow/reggaeton-infused hit, “Pam,” featuring Daddy Yankee and El Alfa, went platinum — and it's only the third week of the new year.

“El Alfa is one of my great friends. I think he is one of the pioneers of dembow music,” he says. “So I wanted to invite him to this collaboration with Daddy Yankee.”

In addition to “Pam,” Quiles released two other singles last year: “Jeans” and “Ponte Pa' Mi.” The latter, which dropped in November, explores his desires to pursue a special young lady who doesn’t seem interested in love.

“There are women who are always single and never have a boyfriend,” he explains. “Sometimes those women want to stay by themselves and don’t want to pay attention to anyone. So what I am saying in the song is 'Ponte Pa' Mi' because you don’t have anyone at the moment.”

The track will be featured in Quiles' forthcoming album, La Ultima Promesa, set for release later this year. He says the record continues where his last two albums, La Promesa and Realidad, left off — though he adds that the new album will have more of a personal touch.

“I think the theme is about everything in life, really,” Quiles elaborates. “But it’s more so about returning to my roots as Justin Quiles, but with a more modern twist which is influenced by that first album.”
Before breaking through as an artist, Quiles gained recognition as a prolific songwriter, which, like fellow reggaetonero Jhay Cortez, gives him the versatility to help other artists. Among the acts he's written for: Anitta, Natti Natasha, Farruko, Maluma, Wisin y Yandel, Don Omar, Becky G, Maffio, and J.Balvin.

In addition to his musical talents, Quiles has a penchant for social issues. Besides his work to bring awareness to domestic violence, he also deeply cares about the environment.

“I really like animals and everything that has to do with them,” he tells New Times. “I’m interested in bettering the planet if there is an opportunity to do so.”

When it comes to politics, Quiles is less inclined to weigh in.

“I don’t depend much on politics because I feel like presidents and governors are all the same,” he says. “You never really do see the change.”

In accordance with that distrust, Quiles says Puerto Ricans need to push themselves to accomplish their dreams — even if it means leaving the island — and not wait around for politicians to help.

“If you want to do something for your life and need to get out of Puerto Rico, then do that,” he says. “Go to another country and fight for your dreams."

Social issues aside, Quiles says he's focused on his music right now. When asked who he'd like to collaborate with next, he doesn't hesitate to say Myke Towers while also praising the rest of his contemporaries.

“I think everyone is doing a great job,” he says. “Myke Towers is incredible. Rauw Alejandro is always coming out with something new, and Ozuna has been doing well all this time. After us, there will be another generation, and that’s what it’s all about.”
KEEP MIAMI NEW TIMES FREE... Since we started Miami New Times, it has been defined as the free, independent voice of Miami, and we'd like to keep it that way. With local media under siege, it's more important than ever for us to rally support behind funding our local journalism. You can help by participating in our "I Support" program, allowing us to keep offering readers access to our incisive coverage of local news, food and culture with no paywalls.
Make a one-time donation today for as little as $1.