Meet Rich Amiri, One of Many Internet Babies Who Are Turning Music Into Fame 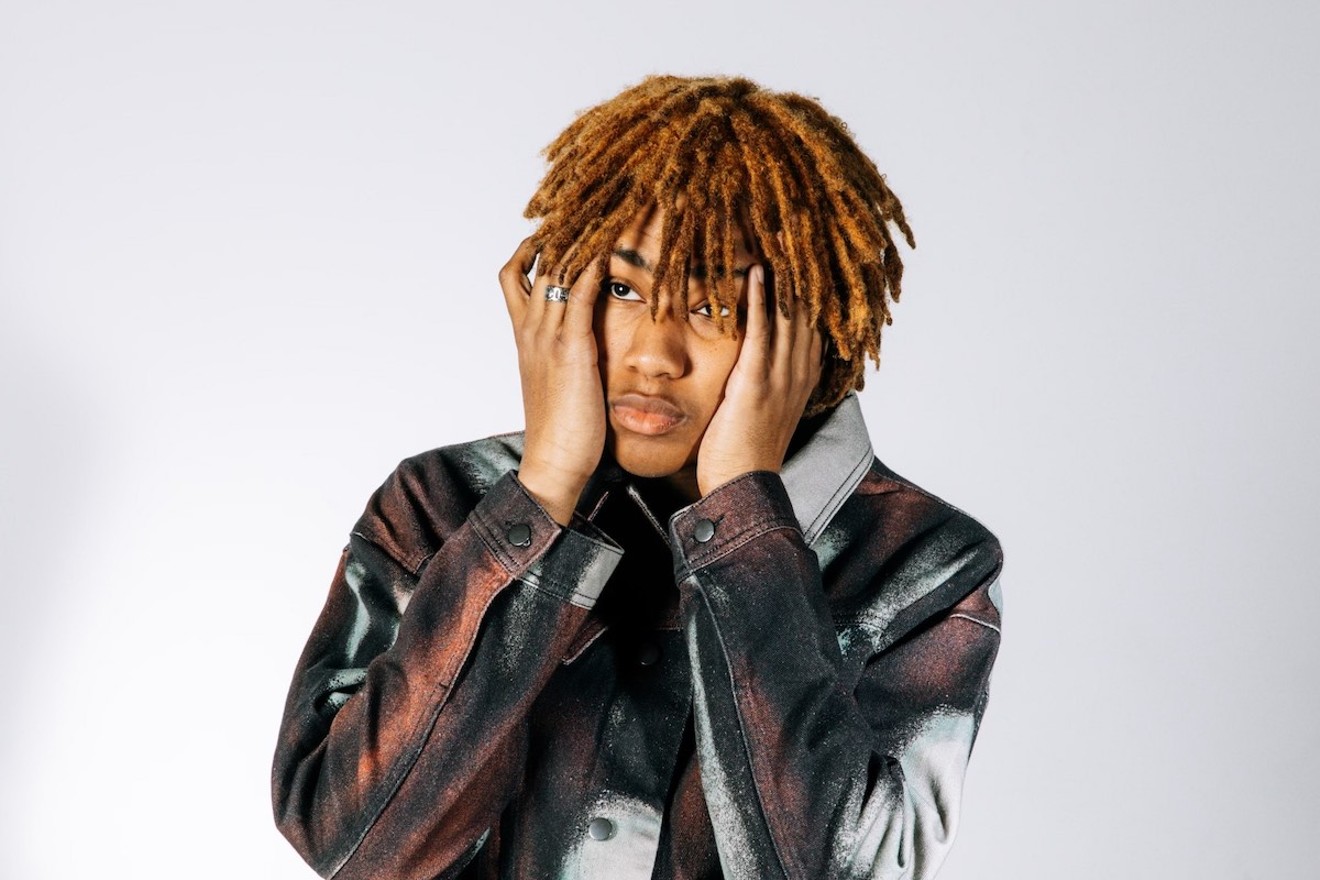 Rich Amiri Photo by ShotByCones
Amiri Chase puts so much trust in his intuition. Like an unusual amount.

The 18-year-old Boston rapper, better known as Rich Amiri, has watched his streaming numbers climb for two years by dropping music when he feels like it. Right now, his upcoming debut album, Evolution, can wait. There's some extra material to get out of the way before he puts out what he feels is his best work.

Like the majority of 2000s babies building platforms off of music, TikTok has been instrumental to Amiri's big break. The supply-and-demand dynamic that exists between him and his fanbase comes from TikTok amplifying the sounds and voices of its creators. If Amiri wants to know how receptive his audience is to a track he's working on, all he has to do is turn an audio file into a TikTok sound and see how fast people flock to it.

"I feel like I be lowkey stabbing myself in the foot cause [with] my best songs, I'll just keep them in the vault," Amiri tells New Times over Zoom. "All the songs throughout this year that I've been making that are the best ones, I'm dropping them with this album. With the songs that I release, either fans have been bugging me for them, or I'll be listening to them over and over again, and I'll like them so much I'll want to give them to other people."

Snippet culture is a real thing. These kids will latch onto a 30-second clip of an unfinished song and run it into the ground before it hits streaming services. Amiri's "Can't Die" was a crowd favorite at concerts months before its release, and the snippet for his new off-kilter ballad "Keep All That" was subject to rave reviews from fans, with one of 510 comments on TikTok reading "Bro drop this please bro please I need this shit right now!!!!!"

The bedroom-pop nimbus of "Keep All That" is unlike anything Amiri's dropped to date, but he's been prone to romantic Auto-Tune croons more often than not, usually through the lens of aromatic pluggnb. "Been Better" off his For the Better EP is lovesick and spellbindingly melodic with less than a two-minute run time. On his single "Dirty Money," he strays away from pluggnb in favor of heavy 808s and blistering hi-hats without abandoning his gift for striking melody. Amiri's music is a joyride.

Since the beginning of the year, the Bostonian has been in the mix with underground pacemakers and the youthful prodigies making waves. Between doing shows with Lucki and Autumn!, linking in the studio with Summrs, and getting features from Slump6s and SSGKobe, he's been getting acclimated with artists a lot of parasocial-inclined teenagers would geek over.

Still, there's a lot to be said about facing toxicity as a musician. “It used to be a community, bruh, I don’t know what happened," he says of other people he used to collab with and hang around. "I don’t wanna sound like I have an ego, but I feel like I surpassed some people, and they stopped fucking with me. Nobody wanna show love to nobody, especially when people are neck-and-neck with each other. That’s when bad blood really start to form.”

In spite of the negativity, Amiri is more concerned with staying in his own lane. At some point, he wants to lock in collaborations with Lil Uzi Vert and Lil Tecca, but judging by his disposition, there's no pressure to force the issue. He's already been in the lab with Tecca a few times. When asked if the prospect of meeting his idols is anxiety-inducing, he laughs it off. "At the end of the day, that’s just a dude the same way you just a dude."

Internet media is so homogeneous nowadays that Amiri could've come from anywhere in the country, and his impact would've been all the same. If you were born after 2000, you've likely been raised with the liberty of having any artist from any background as a direct influence. All the music that's put out ends up in the same place at the press of a button.

Chances are Amiri and your little brother, who just graduated high school, grew up listening to some of the same rappers that turned SoundCloud into a cultural powder keg. Take Speaker Knockerz, for example. The late South Carolina rapper passed in 2014 before being able to witness the gravity of his influence, but impressionable minds from across the country have since used his sound as a blueprint. Rich Amiri is no different.

Being a kid on the Internet exposed him to all the tools he needed to take off. Time will only tell how far he can reach.
KEEP MIAMI NEW TIMES FREE... Since we started Miami New Times, it has been defined as the free, independent voice of Miami, and we'd like to keep it that way. With local media under siege, it's more important than ever for us to rally support behind funding our local journalism. You can help by participating in our "I Support" program, allowing us to keep offering readers access to our incisive coverage of local news, food and culture with no paywalls.
Make a one-time donation today for as little as $1.
Olivier Lafontant is an intern for Miami New Times. He's pursuing a bachelor's in digital journalism at Florida International University. He specializes in music writing and photography and got his start as a writer for South Florida Media Network in 2021.
Contact: Olivier Lafontant
Follow:
Twitter: @oliviersaidhi
Instagram: @oliviersaidhi