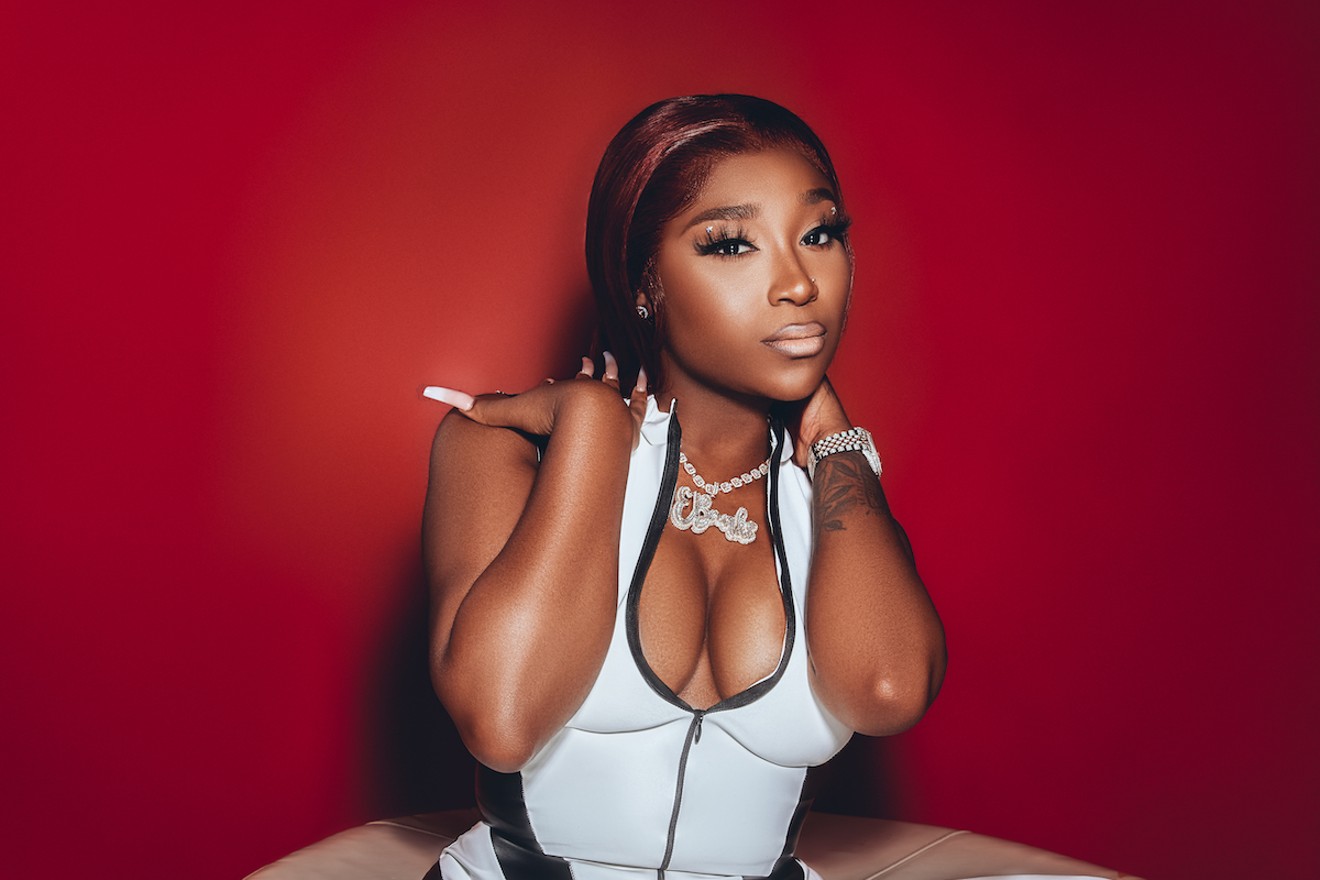 Texas rapper Erica Banks' viral #BussItChallenge is proving TikTok's influence over the music industry. Photo by Scrill Davis
In an era when TikTok challenges determine top-charting songs, Erica Banks’ hit single “Buss It” is proving the power of viral stardom on the platform.

The track, which samples Nelly's “Hot In Herre,” has become the backdrop for the #BussItChallenge, a before-and-after transformation in which women go from looking casual while singing along to Nelly’s 2002 hit to a glammed version of themselves dropping down into a twerk as the beat transitions into Banks' chorus.

this is the coolest trend:)

“Since the challenge went viral, everything as far as numbers and followers have been going up like crazy," Banks tells New Times. "I have a very busy schedule now. I have more interviews, more bookings, more hostings. Since then, everything has started to speed up."

Featured on the self-titled album Banks released last summer, “Buss It” went from being the song she wasn’t sure about to the one that has catapulted her name into up-and-comer status.

On the success of the #BussItChallenge, the Dallas-based 1501 Certified Entertainment rapper has signed a deal with Warner Records and seen her song shoot to the number-one position on the Billboard Top Triller U.S. and Top Triller Global charts. It has also charted on the coveted Billboard Hot 100, at number 62. To cap it off, the 22-year-old just dropped her “Buss It” remix featuring Travis Scott.

“I had a show in Florida a couple weeks ago and they went ballistic," she says. "To see that was wowing. I’m not even from Florida, so it showed me people are really intrigued and are really tuned in."
The Texas native’s success is just further proof of TikTok's growing influence on the music industry.

The formula isn't exactly new, however.

In the early aughts, Soulja Boy had everyone dancing to his hit "Crank That (Soulja Boy)" and simultaneously cashed in on the growing ringtone trend.

Nowadays, infectious hooks are compelling people to set up to organically grown or industry-crafted dance challenges that benefit the artist, the labels, and, of course, the social platforms. From last year’s #RenegadeChallenge to Florida rapper SpotemGottem’s current #JuneBug Challenge, these trends drive mass engagement on TikTok and eventually leak onto other social-media channels. The app’s influence led to more than 70 artists securing major-label deals and 176 songs reaching a billion views last year, according to the app's "Year on TikTok: Music 2020" report.

Like all viral moments, TikTok fads eventually fizzle, leaving the artist with the daunting prospect of being labeled as a digital one-hit wonder. And in this day and age, the fleeting quality of popularity seems all the more brutal, as fame might endure only a few weeks before the next challenge comes along. In an industry that’s already set on categorizing artists, navigating fame post-TikTok can be complicated.

Banks says she’s determined not to let that happen to her.

“For a lot of people who are just now tuning in, I am the 'Buss It' girl, but for people who were listening before, they know I have a variety. I have different songs. I have different vibes. I’m not just your typical rapper,” she says. “I have a song for every mood. I try to do that, so I’m not complacent.”

As far as what’s next, Banks says fans can expect new music and bigger features. For now, she’s focused on finding a balance between being rap’s new “it girl” and staying true to herself.

“I take it day by day. I spend a lot of time with myself,” she says. “I talk to my family just to kind of get away from the lights and the cameras. But I think self-love is what’s most important.”
KEEP MIAMI NEW TIMES FREE... Since we started Miami New Times, it has been defined as the free, independent voice of Miami, and we'd like to keep it that way. With local media under siege, it's more important than ever for us to rally support behind funding our local journalism. You can help by participating in our "I Support" program, allowing us to keep offering readers access to our incisive coverage of local news, food and culture with no paywalls.
Make a one-time donation today for as little as $1.