Danny Daze Drops Homecore! — an Album for Miami, by Miami 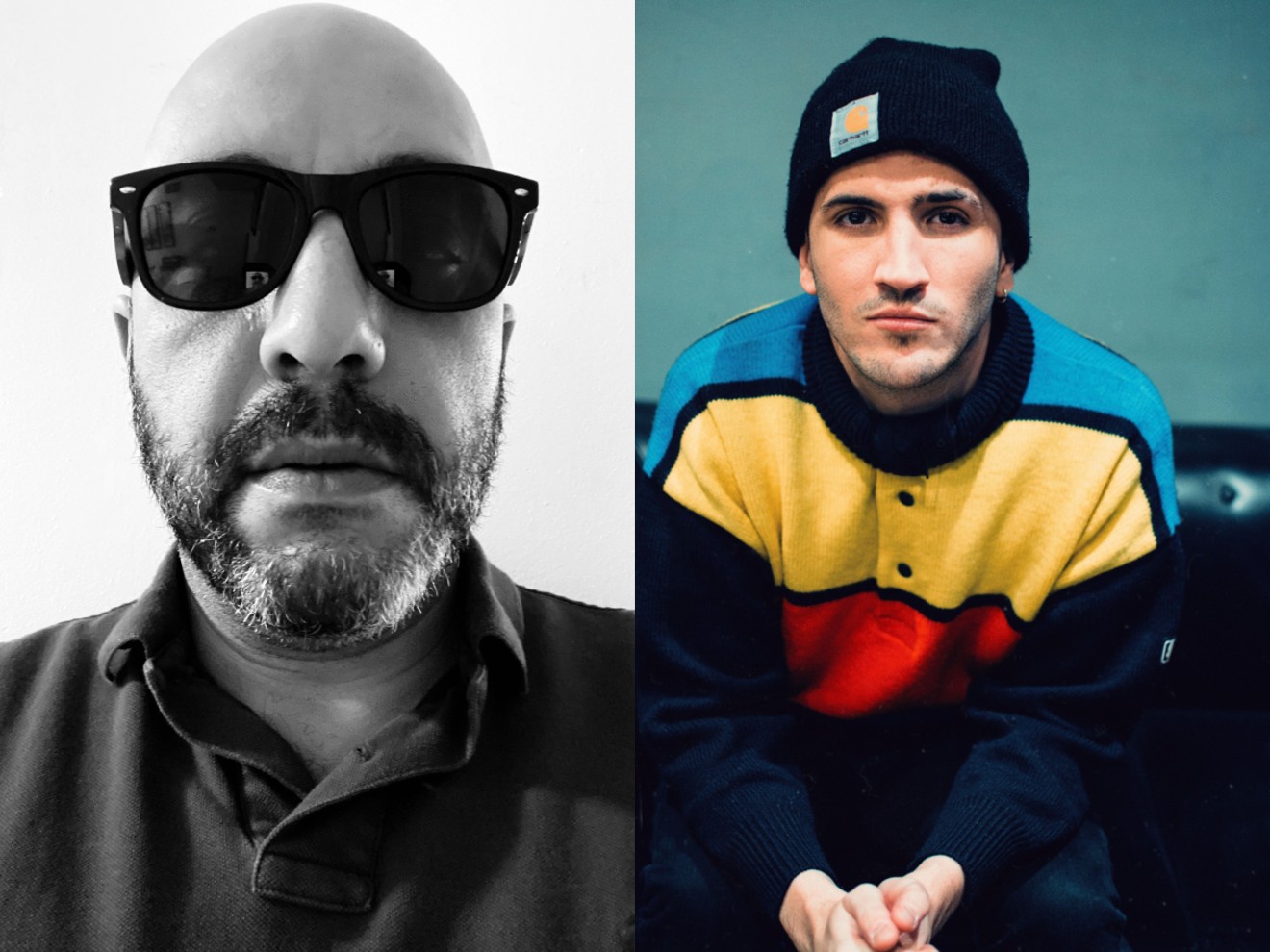 Push Button Objects (left) and Danny Daze Photos by Edgar Farinas and Marina Sellimoutou
Danny Daze is the only person who could've condensed Miami's obscure discography into a 40-plus-track collaborative behemoth. With Homecore! Miami All​-​Stars, released on December 9, all roads lead to Miami.

"The last 30 years of Miami have been scattered," Daze tells New Times.

In a comically condensed timeline, Miami's electronic music milieu began with house music via Murk Records, spearheaded by Ralph Falcon & Oscar "G" Gaetan in the early '90s. Then came IDM ("intelligent dance music") in the late '90s/early aughts through Schematic Records with abstract and stripped sounds to rival what Warp Records was doing in the UK.

Of course, there was the EDM boom in the 2010s, and now contemporary underground producers are following Daze's lead and his Omnidisc Records' affinity for abrasive, eerie electronic music.

"I felt like I needed to do this because of the people I know and my 20-plus years on the scene and do a compilation that would further expand on what people don't know about Miami," Daze explains.

Daze cut through Miami's humidity in the early 2000s, when the lines blurred, and electronic music ran rampant.

"The first time I saw these guys doing these live shows and Soul Oddity was doing super bleepy electronic music," Daze recalls. "I got influenced by people in Miami doing completely different music, and it was driven by bass music and booty bass. There were subwoofer car competitions at the Miami Youth Fair."

It was love at first beat, and Daze had a fire in his belly to pursue DJing as a career — a laughable idea back then.

"I started DJing in 1999 and doing it as a living in 2005," he says. "Time for me moves very, very fast. There is nothing else I would rather be doing, but we are living in 15-second increments where I'm not sure if people are as interested in the art instead of the person producing it."

The idea for a compilation of this scope started seven years ago.

"From the first day I had a label in 2015, I knew that at some point there was going to be a compilation album, but we didn't have young artists at the time, Daze says. "So now I've been pushing the younger generation to push weirder stuff and take risks. I let them use my studio whenever I'm not in town. I'm just hoping it's a good representation."

Daze's mindset for his second-ever album put his influences, influencers, and himself in one condensed space. First, there is music from INVT, Nick León, Coffintexts, and a first-ever track produced by Sister System.

The other end is the non-electronic music with hip-hop and reggaeton elements, and then there are the old-timers from the 2000s who pushed Miami's IDM movement, like Otto von Schirach and the return of Push Button Objects, AKA Edgar Farinas.

"Life happens," Farinas tells New Times. "I never stopped making music, but my interests became more diverse. Things happen when they're supposed to happen, and right now, I really feel the magic, and I'm all about it."

"This will be the second album I work on, and it will be something Edgar hasn't released in 20 years," Daze puts in. "People probably don't even know that we know each other, and that's what I wanted to put on paper now."

Whereas Daze made DJing and producing his career, Farinas went in the other direction. Producing hip-hop beats and collaborative tracks with Vast Aire and Del the Funky Homosapien was wearing him thin. He took a break, finding other hobbies (and careers) and producing on his own time. His last album, Ghetto Blaster, was released in 2003.

"At some point, producing didn't feel free to me," Farinas confesses."I was feeling disinterested, and it started coming back to me. Life is good; I'm happy."

It's hard to imagine Miami sans cryptocurrency or skyscrapers, but Farinas recalls a place where music was weird and the people were even weirder.

"Miami was a big city with a close-knit kind of vibe. There was a scene in the sense that there was something new. And I believe that Miami is the epicenter of post-genere-ism in the United States. Everything was so rigid, and then lines started blurring, and the next thing you know, we're doing slowed hip-hop beats with acid melodies. I don't know if things moved today like how we thought back then."

The two met about five years ago, and Daze knew Push Button Objects needed to be on the compilation. They exchanged ideas, and "I.E." featuring Tushna was born. Farinas provided Daze with a blueprint, and then Daze packaged it up for the listeners for Homecore!

Daze confesses that despite the slew of EPs off his Omnidisc label, he has only produced one other album — and then he revealed that he and Push Button Objects will be coproducing an album together in the future.

"I'll be honest with you," Farinas says of "I.E." "I started talking to an old friend of mine, Dracula's Daughter, and I just got into the idea of it being more upbeat than what I'm known for — so I started playing with stuff. It was fun and just having fun with it."

Homecore! is an album meant to be sentimental but not to dwell on the past. Instead, it is intended to give you a sonic map of Miami's ecosystem, where nothing is off limits, and everything is within reach when you step into the Magic City.

"I want people to understand this is not just electronic music," Daze says. "There are a lot of people who are not featured, but these are people I know personally. I think it's about showing how we are all networked and how we all work together."
KEEP MIAMI NEW TIMES FREE... Since we started Miami New Times, it has been defined as the free, independent voice of Miami, and we'd like to keep it that way. With local media under siege, it's more important than ever for us to rally support behind funding our local journalism. You can help by participating in our "I Support" program, allowing us to keep offering readers access to our incisive coverage of local news, food and culture with no paywalls.
Make a one-time donation today for as little as $1.