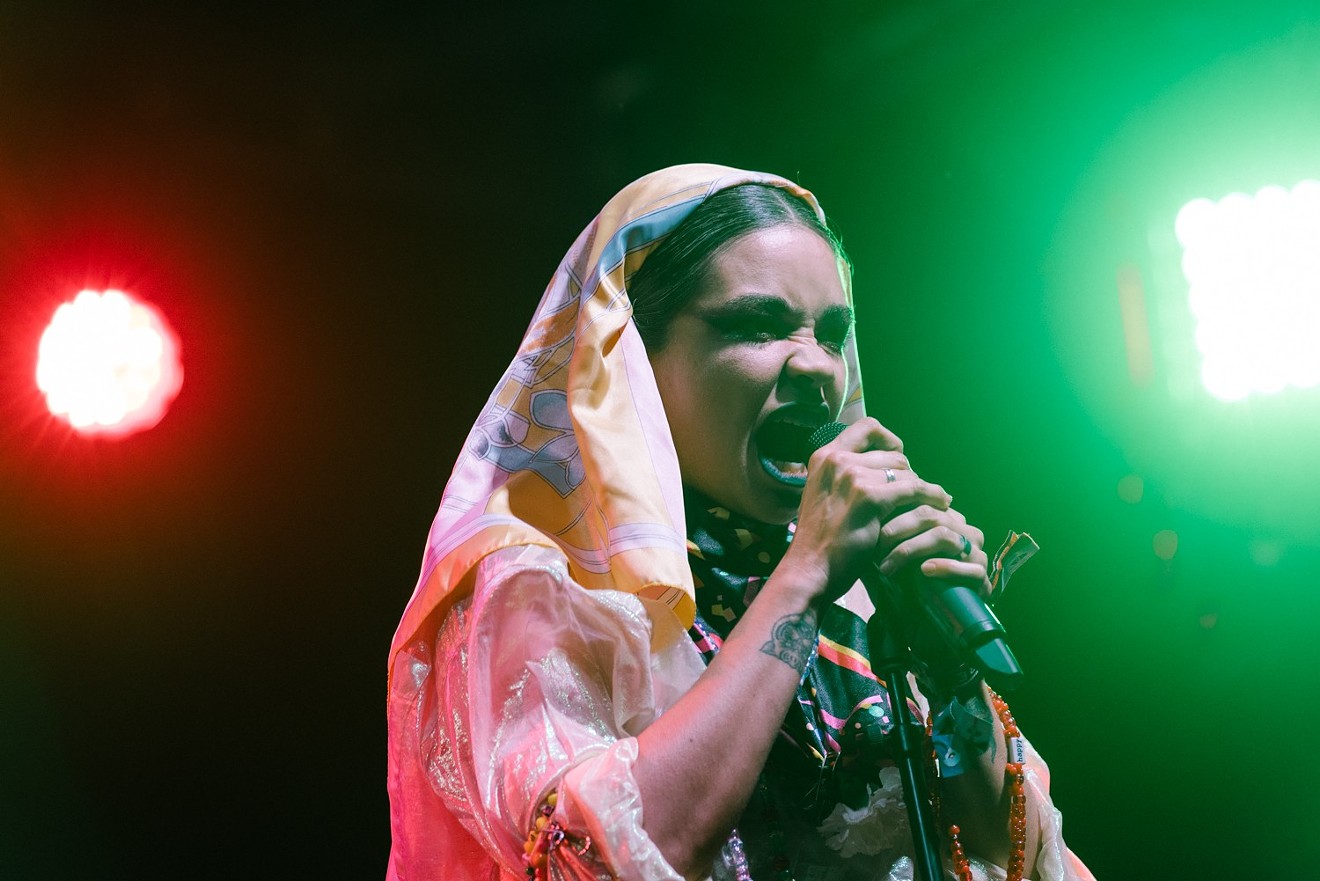 Poorgrrrl Photo by Karli Evans
Only a couple of months before III Points returns, the festival has finally announced the last batch of artists added to an already impressive lineup. Though the fest's headlining performers — Robyn, Wu-Tang Clan, Disclosure, and the Strokes — all but guarantee a good time and push ticket sales, the latest round of artists is no less compelling and fulfills a core tenet of III Points' central mission: luring left-field acts to Miami while elevating the local music scene.

The final artists in the lineup are all Miami-based acts that encompass a wide range of sounds and styles. The locals joining the fest's 2020 roster run the gamut from underground DJs and garage-rock outfits to experimental electronic musicians. Not surprisingly, Poorgrrrl, who made her public debut at III Points in 2015, will return once again. This edition will mark her fifth time performing at the festival, and she'll be joined on the bill by collaborators such as Byrd and fellow noisemakers including International Noise Conference founder Rat Bastard.

Even as III Points has grown through the years, it has continued to champion Miami-born and -based acts. It's rare that U.S. music festivals will juxtapose local musicians with internationally touring acts, yet III Points has done just that since its inception. And though Miami artists are not foreign to other music festival lineups, few give Magic City artists as large a platform or as prominent of set times as III Points.

Tickets are still available, starting at $149 for general admission and $299 for VIP for both days. However, you can also put down a deposit and pay for your ticket in two installments if you don't want to spend that much money right now.

III Points 2020. Friday, May 1, and Saturday, May 2, at Mana Wynwood, 318 NW 23rd St., Miami; 305-573-0371; manawynwood.com. Tickets cost $149 to $299 via iiipoints.com.
KEEP MIAMI NEW TIMES FREE... Since we started Miami New Times, it has been defined as the free, independent voice of Miami, and we'd like to keep it that way. With local media under siege, it's more important than ever for us to rally support behind funding our local journalism. You can help by participating in our "I Support" program, allowing us to keep offering readers access to our incisive coverage of local news, food and culture with no paywalls.
Make a one-time donation today for as little as $1.