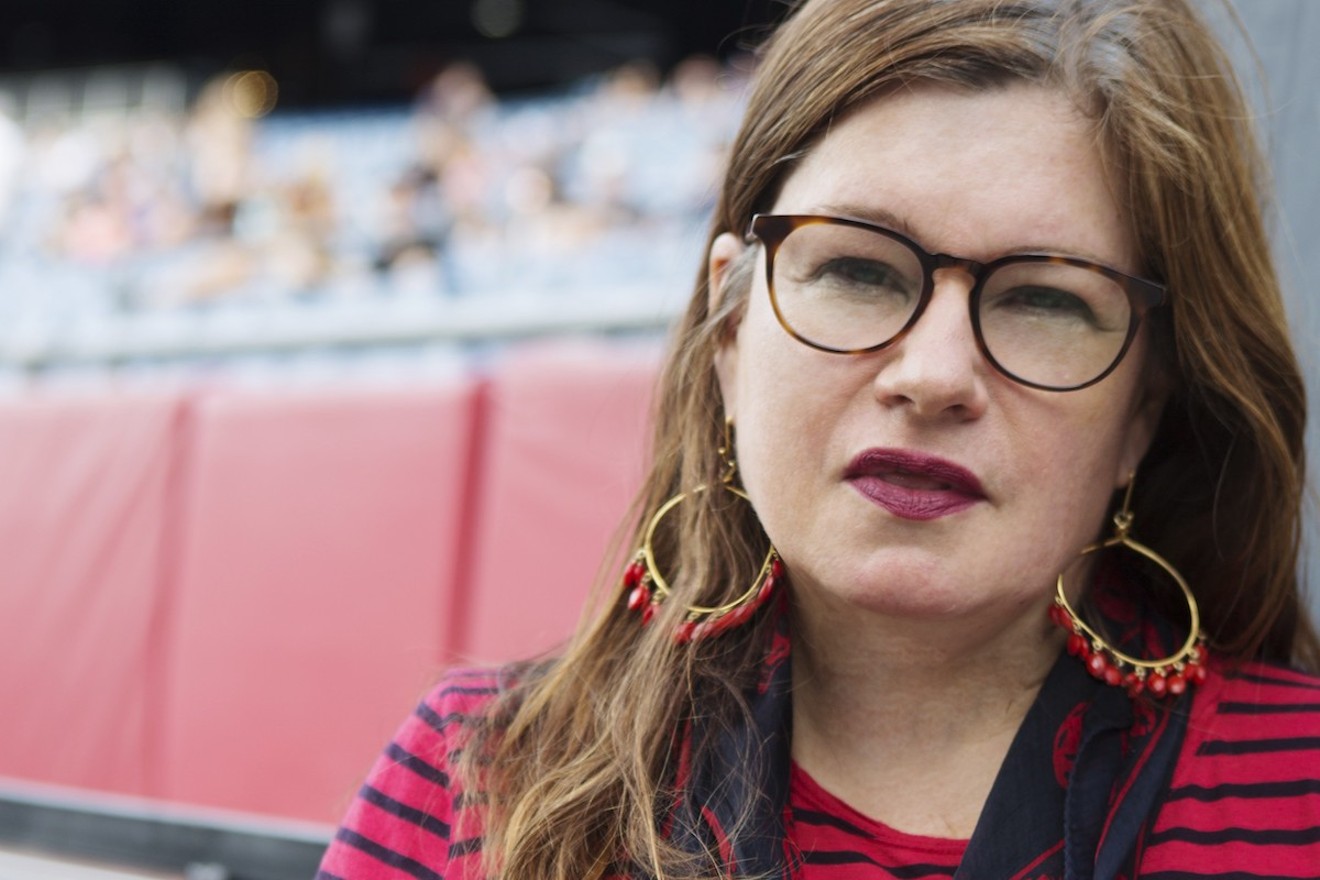 Holly Gleason Courtesy photo
"It's a funny thing about the tomatoes," music journalist Holly Gleason says over lunch at Books & Books. She's not talking about her meal. She's referring to what is now known as "Tomato-gate" in country music circles. In 2015, radio consultant Keith Hill did an interview with Country Aircheck, a popular source for country music news and analysis. During the interview, Hill argued that songs performed by women should be kept at a minimum on country radio playlists. "Trust me, I play great female records, and we’ve got some right now; they’re just not the lettuce in our salad," he said. "The lettuce is Luke Bryan and Blake Shelton, Keith Urban, and artists like that. The tomatoes of our salad are the females... If you want to make ratings in country radio, take females out."

Hill's caveman commentary was astounding, not only because of the sexist sentiments inherent in regarding women as decorative afterthoughts, but also because it ignored the storied contributions of women to the genre. In light of the legacy of some of country music's most renowned names — Dolly Parton, Loretta Lynn, Emmylou Harris, Lucinda Williams — his comments are almost comical.

Parton, Lynn, Harris, and Williams are some of the women Gleason includes in her new book, Woman Walk the Line: How the Women in Country Music Changed Our Lives. The book is an anthology of writings by music critics and some of entertainment's most influential women writing about the women who influenced them. Gleason says she didn't have Tomato-gate in mind when she dreamed up the idea for the book, but there's no denying its existence is inextricably tied to the cultural moment in which it's been released.

Twenty seventeen has been described as a year of reckoning for women, beginning with the Women's Marches around the globe immediately following the inauguration of Donald Trump and closing with the upending of the entertainment, journalism, and political worlds after an onslaught of sexual harassment and assault allegations against some of the most powerful men in America. Of course, Gleason could not have known this was coming when she began compiling and editing the anthology. "The reality is, this was a labor of love, and this came from wanting to make sure that artists didn't get lost," she says. But her book nevertheless comes at a time when women are searching to hear their own stories reflected in the stories of other women, and at a time when men are realizing they haven't been listening to women much at all.

Gleason, a University of Miami graduate and former Miami Herald writer, is a Nashville-based music critic who also works in artist development. With Woman Walk the Line, she wanted to dig deeper than stories of admiration or fandom. She wanted to explore the specific moments when country musicians changed the course of the lives or careers of the women who write about them. There's "Long Island Down Home Blues," the essay penned by Access Hollywood producer Nancy Harrison, in which she writes about how Dolly Parton's "9 to 5" imparted upon her the novel idea that women could write their own stories. The seed Parton planted on the car radio later flourished into a journalism career for Harrison.

"What struck me most was the fact that she wrote the songs that she sang and she was a woman!" Harrison writes in the essay. "Intelligent, bold, and confident, she conquered a male-dominated space and did so without camouflaging or hiding her femininity. She proved you did not have to look or act like a man to be successful. In Dolly’s world, lipstick, wigs, and high heels were immaterial to the talent that lies within."

Gleason's clout in writing and music business circles allowed her access to some of the leading voices in the industry — none bigger than Taylor Swift, who contributes a previously unpublished piece to the book. Gleason refrained from assigning musicians to the book's contributors, but she had Emmylou Harris in mind for Swift. Her team surprised Gleason with a piece about Brenda Lee instead. Swift wrote it when she was only 17 years old. "Brenda Lee, the little girl who took over the music world with chart-topping hits when she was still a child," Swift writes. "Brenda Lee, the artist who later went back to her country roots, proving that she could create classics and break down barriers no matter what genre or category her music fell under." Sound familiar?

It was important to Gleason to include in her book a wide breadth of the female experience. She wanted contribution from younger women, older women, mothers, married, single, and divorced women. One of her favorite pieces is "Expectations and Letting Go," written by rock critic Deborah Sprague about Rosanne Cash. Gleason knew Sprague professionally before she transitioned to female. In her essay, Sprague writes about interviewing Cash on a Monday morning. The singer noticed Sprague was wearing the same color OPI nail polish as her. "I had spent the weekend living, as those in the trans community say, authentically,'" Sprague writes. "It was the very beginning of my transition, and I was taking baby steps, seeing a therapist — the first one I’d ever spoken to — to hash out exactly how I’d be moving forward with my life."

Woman Walk the Line is about more than upgrading your playlist, though it's a great place to start. It's about the ways in which music still has the power to tangibly affect and change people's lives. "Where, how, what do you pull from?" Gleason says. "These lessons apply everywhere."