DJ Scheme Is the Man Behind Florida's Biggest Rappers 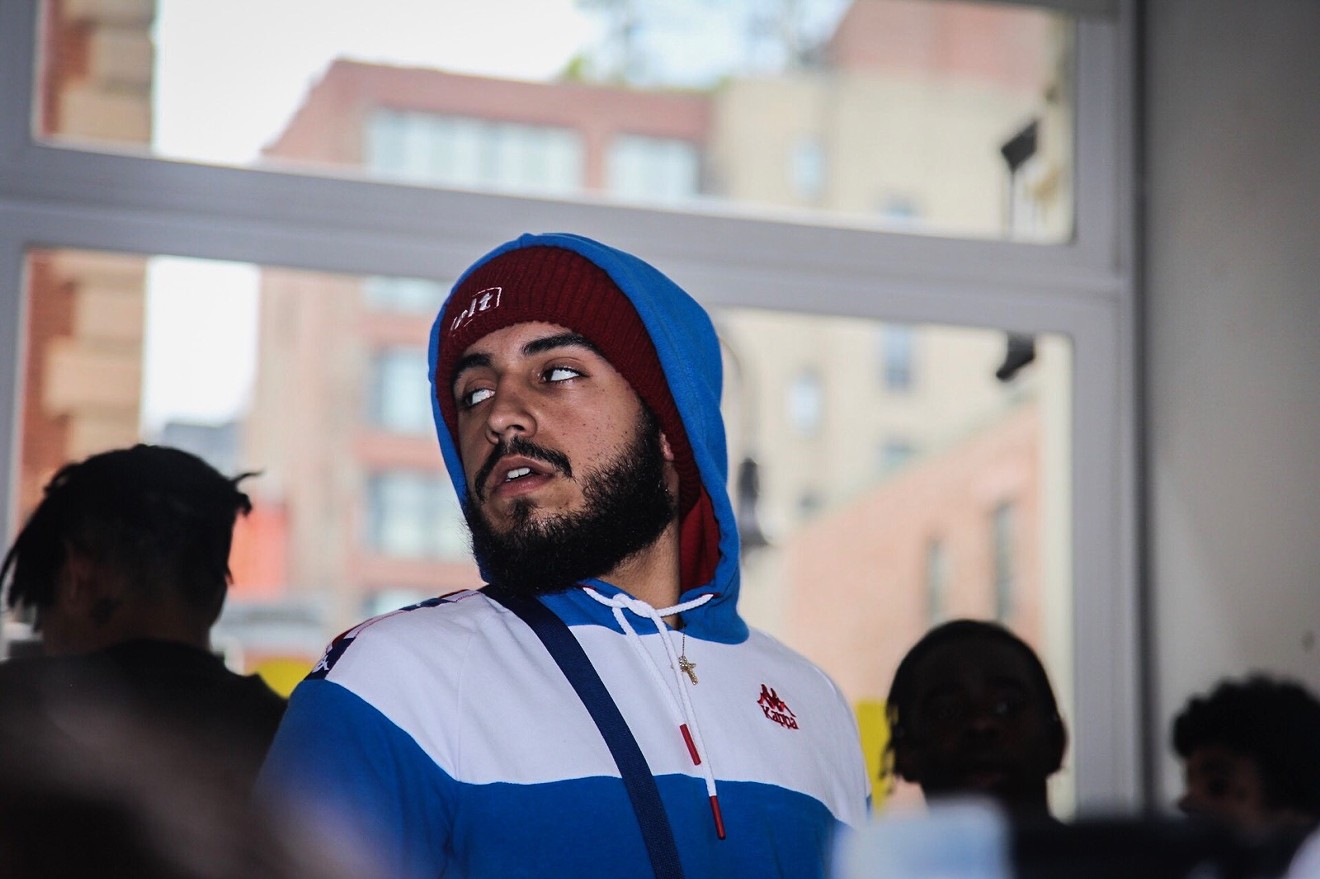 DJ Scheme Courtesy photo
The modern hip-hop scene is coming full circle in South Florida. Organizations like Dope Entertainment have cultivated star-studded festival lineups featuring Kendrick Lamar, ASAP Rocky, and Lil Wayne at Rolling Loud. Artists such as XXXTentacion, Ski Mask the Slump God, and Lil Pump garner headlines weekly on social media. And beneath all of this lie pivotal figures in this growing spectrum of talent who haven’t yet made their way into the spotlight.

Palm Beach-raised music curator and general of vibes Gabe Guerra, better known as DJ Scheme, is among the biggest influencers in South Florida hip-hop — but you probably haven't heard his name. Scheme is the guy responsible for the sinister yet mystical undertone that has revolutionized the modern sound of Florida through projects like the "Members Only” tape. This body of work featured popular recordings by XXXTentacion, Ski Mask the Slump God, Kid Trunks, and Craig Xen. Think of him as DJ Clue to Miami's up-and-coming Jay-Zs.

Before he became one of the key tastemakers in Florida, Guerra was taking in the sun and participating in local sports in Palm Beach. In his younger days, he was a fan of soccer and took a liking to some of early-2000s hip-hop and alternative rock. “When I was younger, A Day to Remember was one of my favorite groups to listen to, along with Green Day, Nirvana, and Linkin Park," he recalls. "But I would also have to say Outkast, Kanye West, 50 Cent, and the early stages of Denzel Curry and Raider Klan were crucial in my development.”

As his ear for music grew, so did his willingness to try his hand at it. Guerra started off playing the drums and the trumpet, which led to him into writing, singing, and dancing. But it wasn’t until he became interested in turntables and speakers that he became a true curator of sounds. As he embarked on this journey of climbing the hierarchy of impactful DJs in South Florida, Guerra met Isaiah Rivera, better known today as rapper Wifisfuneral.

Palm Beach may be big, but the community seemed small. Guerra and Rivera were both local guys who had made names for themselves on social media, so it was natural they'd meet in person. That meeting grew into a fruitful friendship that Guerra describes as a “Yin and Yang” effort.

“We’re very similar but also very different. He would say I was lighter and he was darker, as I guess you can tell through the music. We’ve been through it all together, from sleeping in my car all around Florida to hitting licks, bussing plays, fighting, you name it.”

DJs who leave their mark in the industry are those who pinpoint the stars of their collaborative efforts. While DJ Khaled extended the Florida legacy by making hits with Rick Ross, Scheme has been instrumental in the success of Wifsfuneral. The newly signed Interscope/Alamo artist made some of his first hits, such as “Light Skin Trick Daddy,” with Scheme. As time went on, Rivera stuck with the moniker — and Guerra created his own character, DJ Scheme.

Since then, Scheme has paved a lane for the rebels and the outsiders of Florida. His work is the internet version of CBGB or Punk magazine. He's interested in shedding light on the underground and finding a platform for niche sounds. Scheme is bringing along a burgeoning group of artists such as XXXTentacion, Ski Mask the Slump God, Kid Trunks, and Craig Xen. He describes this generation of artists as “the best” and says, “We continue to rise to that number one spot. That’s the difference between us and the others. We have a message and a goal.”

Scheme assisted XXXTentacion on his Revenge tour and appeared at a recent Rolling Loud festival. Aside from playing these big stages, he’s gearing up to go on tour with Craig Xen for his Help Me in Hell tour and preparing to drop his project, Scheme Season. Next on his radar for budding artists in the area: Kid Trunks, Craig Xen, Danny Towers, Kin$oul, and the rest of the Members Only family.

“A lot of the artists on my projects are personal friends. I look for hard-working individuals who are down to work, and I don’t care if we don’t agree all the time," he says. "We don’t have to — that’s what makes the best music sometimes.”