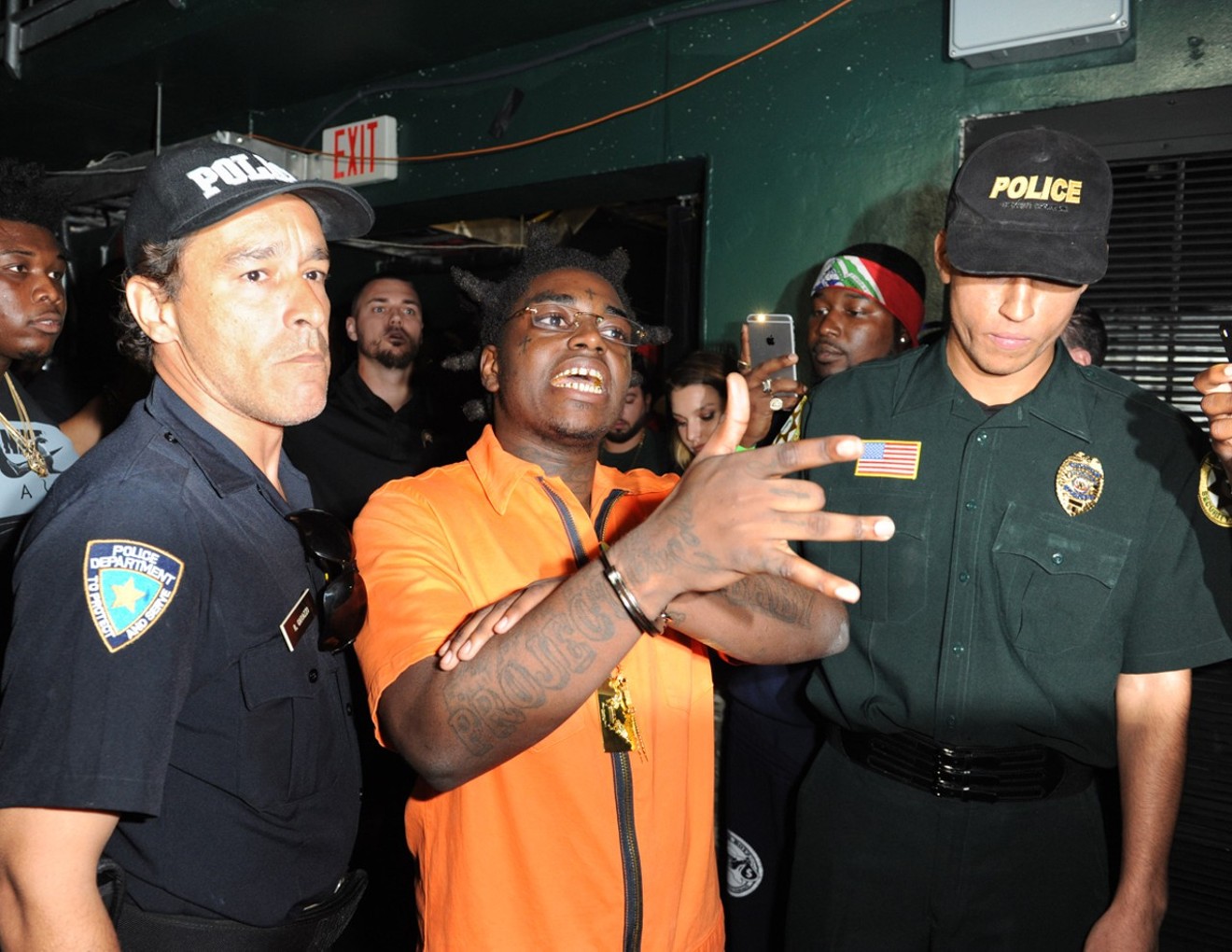 Two men dressed as police officers flanked the rapper as he slowly made his way onstage, surrounded by a flock of camera-happy fans. He wore large glasses, a gold watch, several chains, and his trademark spiked hair, all atop a bright orange prison jumpsuit. Moments after the faux cops uncuffed him, he grabbed a microphone, sauntered around a bit, and launched into “First Day Out,” which concerns itself with, guess what?

As entrances go, it’s surely one of the more memorable, even ballsy, beginnings to a show. It’s not only in keeping with the rapper's image as a hood dogged by the law, but also a dig at his current legal status as a house arrestee who likely had to seek permission to perform. On “Tunnel Vision,” which the rapper played at the beginning of the show, Kodak raps to himself: “They wanna see you in a penitentiary,” and at Watsco, by wearing the costume his institutional enemies wish to see him in, he rebuked them.

That said, the rest of the night was not so thrilling.

Billed as his “First Show Out” following the rapper’s early release from jail, the evening could have been a triumphant celebration. Instead, it became that most tired of live performance clichés, the rap show where the headliner fails to rap. Most of Kodak’s “performance” consisted of him stumbling around the stage, grabbing at his crotch, occasionally holding the microphone to his mouth to shout out his own ad-libs or, worse, mumble incoherently. One usually expects to wait for rappers to arrive at shows like this — and indeed, Kodak was 30 minutes behind schedule — but this was the rare show that left you impatient for the end, and nothing is more tedious than waiting. It was a mess.

Clearly inebriated out of his mind, he ran through a scattershot set that had the audience dancing with joy at some points and sitting bored at others. Sometimes, he would leave the stage and allow lackluster guests — Jeezy, Atlantic labelmate PnB Rock, and a smattering of local nobodies — to take his place. Other times, the DJ would call out the songs he had cued up, making it clear the performer was not in control. By the end, Kodak was running through his hits — "SKRT," "Like Dat," "Patty Cake," "Skrilla" — when it became clear he was losing the audience’s attention, and after an hour, he simply left the stage, ending without a finale of any sort. 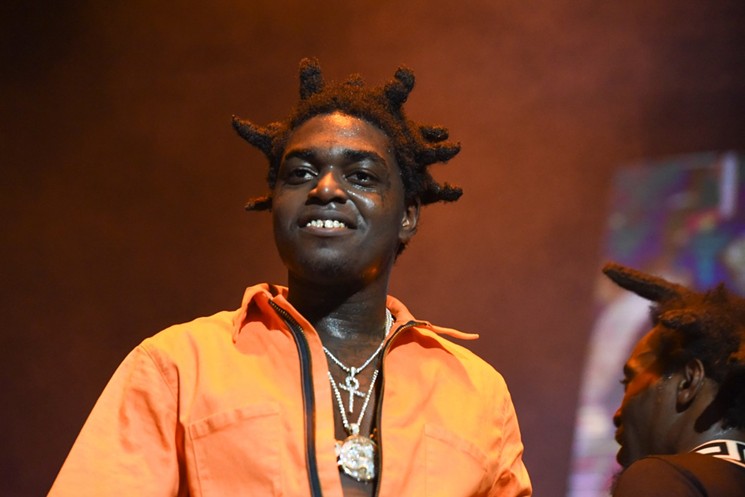 See more photos of Kodak Black's performance at the Watsco Center here.
Photo by Michele Eve Sandberg
It was, essentially, the kind of show that makes one feel they have been cheated. And that’s quite sad, because the fans at the show — young, multiethnic, pleased to be in the presence of a local talent made good — deserved far more than the farce they received. At one point, during the classic “No Flockin,” the DJ cut the sound and the entire arena continued to chant the words, faster and more energetically than Kodak had all night. That was the level of passion in the room.

Fans had convened from all around South Florida to see this Pompano Beach rapper, a native son of Broward who had beaten the odds and found success, embarrass himself. He also embarrassed his fans and his community, and it's difficult to think of a greater shame. Perhaps the people putting on these types of shows should realize they're not running a zoo — the main event has to do more than stand around.