During his two-hour performance at Revolution Live, the Houston native delivered uninterrupted waves of emotion, with a setlist that focused heavily on his debut album, Gabriel. Backed by a band consisting of guitarist Vin Landolfi, drummer Dornell Howard, and keyboardist Deejay Williams, Keshi's soulful vocals sounded just as good as they do on his studio-recorded tracks. 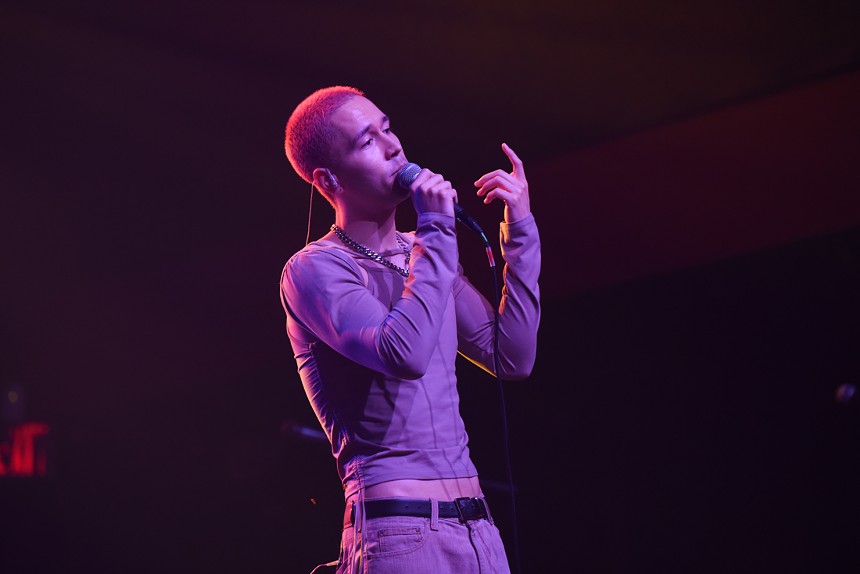 Rei Brown opened the show at Revolution Live. See more photos from Keshi's performance at Revolution Live here.
Photo by Michele Eve Sandberg
Before Keshi took the stage, Japanese-American singer Rei Brown opened the show. Described as an indie-electronic artist, the singer delivered a mixture of lo-fi, R&B, and pop music, playing songs such as “Honest” and “Forever,” as well as a few unreleased tracks, including a collaboration with YouTuber-turned-musician Joji.

When Keshi took the stage at 9 p.m., the 27-year-old did not hold back. Sporting an oversized sweater vest and ripped black jeans, Keshi gave the audience a peek at his raw talents. With a setlist that spanned his five-year career, Keshi used his high-octave voice to quickly adapt or make note changes throughout the performance. This gave the show a sense of live experimentation, with the singer picking an electric guitar at times to accompany the melancholy mood he was building. 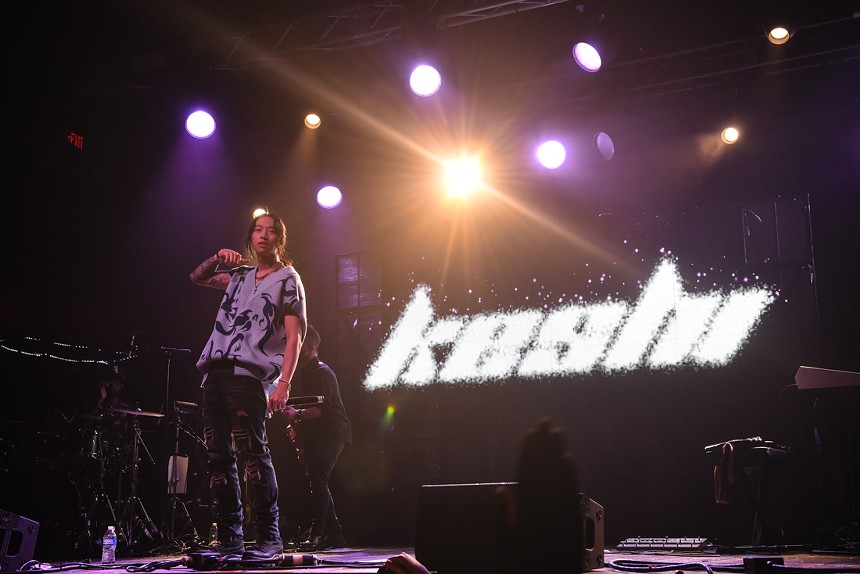 See more photos from Keshi's performance at Revolution Live here.
Photo by Michele Eve Sandberg
Revolution is a midsize venue, which meant Keshi's stage production was relatively minimal. Save for a large LED backdrop, the show didn't feature the many bells and whistles found during live shows today. Still, the stripped-down element paired well with Keshi's lo-fi aesthetic, which doesn't need the pyrotechnics and light show to impress.

Instead, the heavy lifting was left to Keshi's backing band, which helped add a distinct yet euphoric rendition of the singer’s recent works. The band completely transformed tracks off Gabriel, including “Get It,” “Touch,” “Hell/Heaven,” “Angostura,” and “Gabriel.” And although his tour was in support of his debut, Keshi didn't leave out fan favorites off his four prior EPs, with tracks like “Talk,” “Like I Need U,” “Drunk,” and “Right Here" peppered throughout. 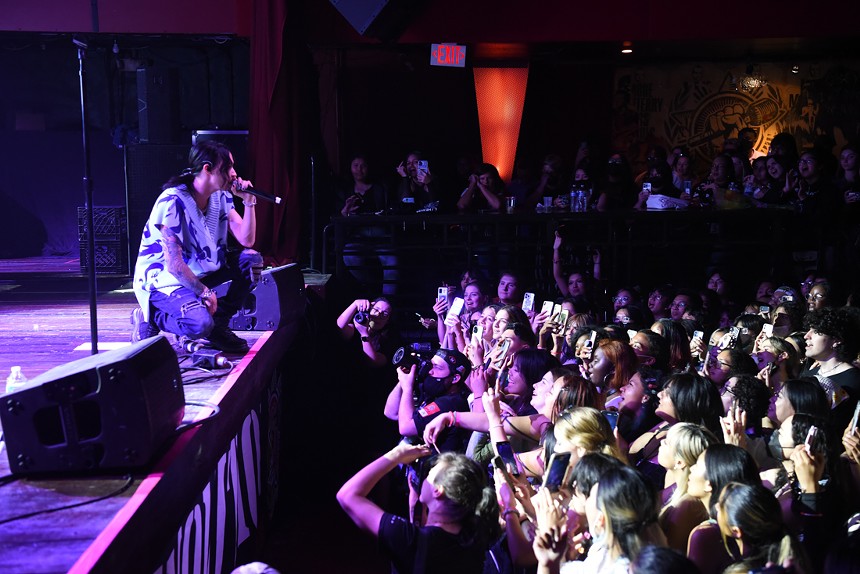 See more photos from Keshi's performance at Revolution Live here.
Photo by Michele Eve Sandberg
Perhaps feeling grateful they could score tickets to the sold-out show, fans seemed enthralled by Keshi, frequently singing along and raising their phones' flashlights. Fan adoration aside, Keshi's Hell/Heaven Tour feels like a celebration of the obstacles he had overcome to become the artist he is today.

Encore:
- "2 Soon"
KEEP MIAMI NEW TIMES FREE... Since we started Miami New Times, it has been defined as the free, independent voice of Miami, and we'd like to keep it that way. With local media under siege, it's more important than ever for us to rally support behind funding our local journalism. You can help by participating in our "I Support" program, allowing us to keep offering readers access to our incisive coverage of local news, food and culture with no paywalls.
Make a one-time donation today for as little as $1.