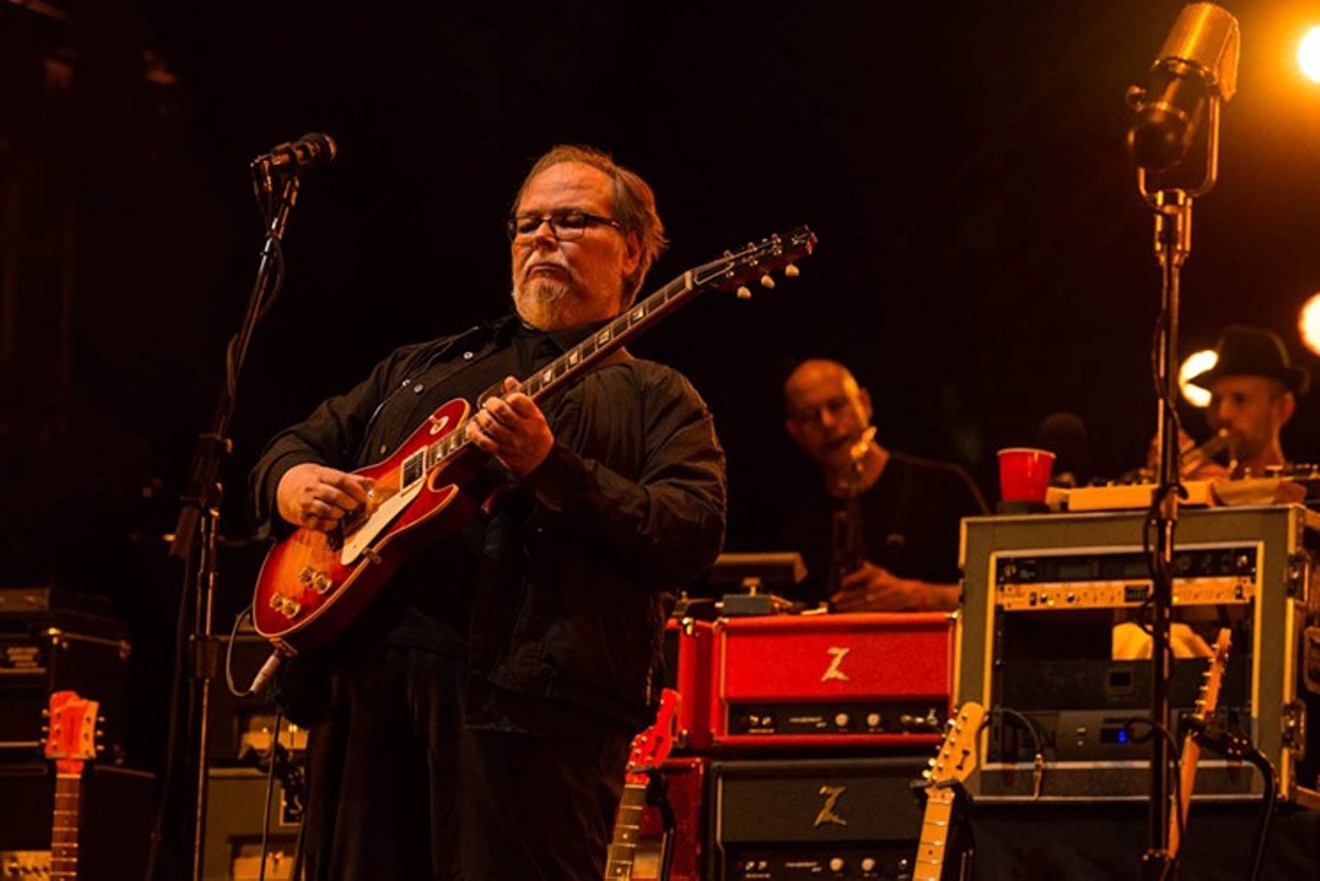 Steely Dan Photo by Timothy Norris
Two middle-aged guys in loud Hawaiian shirts and captain's hats puff away on pipes in front of a painted backdrop of an ocean. The scene sounds like it could be plucked from a slapstick comedy, right? Throw in a DJ booth on a casino club floor and mixes of and '80s soft rock featuring occasional screeching seagulls, and it becomes almost hard to believe.

Introducing an original musical niche: a parody of smooth rock on million-dollar boats, otherwise known as yacht rock. It's a subculture that mixes a fascination with the easy listening style of laid-back legends such as Steely Dan and Toto, with a serving of self-deprecating irony. The movement emerged in 2003. Thanks to the combined forces of two passionate Miami DJs, the phenomenon is about to make a splash in South Florida.

Meet Alex Gutierrez and Juan Luv, the men behind Yacht Rock Miami. The charismatic and playful duo’s first show, set for this Sunday, September 16, promises to be a mix of music and education through entertainment. “We’re both DJs, so our main focus all our lives has been to make people dance,” says Gutierrez, who has been performing in Miami since 1976. “Now our main focus is to make people listen.”

Nautical themes will be layered on thickly to achieve maximum effect. Expect over-the-top seafaring getups and boating language. Luv, who has been on the DJ circuit for the past ten years, is ready for the skeptical reactions. “We’ll say things like 'Let’s climb onboard' and 'Let’s swim away.' People are going to look at us and say, 'OK, that’s weird, but it’s fun.'"

Founded as a YouTube web series by J.D. Ryznar, yacht rock is in a world of its own, where Gutierrez says “there’s a parody of the culture, but at the same time the music is respected.” The soft rock from the '70s and '80s had a reputation of being something snobby guys would listen to while lounging on fancy boats.

“There’s sort of a '70s Ron Burgundy feel — a cool guy with the leisure suit,” Gutierrez says, “but at the same time, you can also be the slacker or the stoner with the open Hawaiian shirt with the hat.”

Alas, though there’s freedom to play with , yacht rock is strictly defined. Purists only accept sounds and styles that incorporate a “Doobie Bounce” reflective of the Doobie Brothers and Michael McDonald. Anything that doesn't fit the mold is considered “not yacht" or ".”

The two nevertheless plan to experiment by adding a Miami flavor, incorporating everything from R&B influences to the Latin American and Caribbean sounds from that era.

One thing to expect at the show is the ubiquitous song of a seagull in Yacht Rock Miami’s sound. “In the mixes that I do, the seagulls are integral,” Gutierrez reveals, chuckling to himself. “For somebody that’s never heard the genre before, they’re going to say, "OK, yacht rock. I get it. OK, look, seagulls and stuff.'” He and Luv are adamant about promoting the meaning behind the music. Captain's hats and all, they are embracing the dramatized education process, with the objective to “get people onboard, literally.”

Yacht Rock Miami. Hosted by founders Alex Guiterrez, Juan Luv, and DJ Tatoo. 4 to 8 p.m. Sunday, September 16, at Casino Miami, 3500 NW 37th Ave., Miami; playcasinomiami.com. Admission is free.
KEEP MIAMI NEW TIMES FREE... Since we started Miami New Times, it has been defined as the free, independent voice of Miami, and we'd like to keep it that way. With local media under siege, it's more important than ever for us to rally support behind funding our local journalism. You can help by participating in our "I Support" program, allowing us to keep offering readers access to our incisive coverage of local news, food and culture with no paywalls.
Make a one-time donation today for as little as $1.
Ayurella Horn-Muller is a South Florida native, Florida State University alumna, and freelance journalist. She covers arts, culture and music for Miami New Times, and news for New Times Broward-Palm Beach. You can also catch her work in Forbes, Elite Daily, Film Threat, Elephant Journal, and Face the Current.
Contact: Ayurella Horn-Muller
Follow:
Twitter: @ayurellahm