Pot Poll: Florida's Gubernatorial Candidates on the Stank of Dank

Ron DeSantis' gubernatorial challengers do not agree that weed smells "putrid." New Times photo-illustration (weed smoker by Elsa Olofsson via Flickr/DeSantis photo by Mike Ehrmann via Getty Images)
The nose knows. And Gov. Ron DeSantis' sniffer knows it doesn't like marijuana, and under no circumstances wants it legalized for recreational use, because, as the mouth attached to that beezer puts it, "it smells so putrid."

While Florida legalized medical marijuana via a constitutional amendment in 2016, the recreational use of cannabis remains illegal, and possession of anything in excess of 25 pounds is a felony under state law and can get you three years, minimum, behind bars.

It doesn't seem to matter that recent polling suggests 76 percent of Floridians support legalizing weed for recreational use. DeSantis is following his nostrils!

"I could not believe the pungent odor that you would see in some of these places," the Republican governor told reporters at a campaign event in Tallahassee on January 26. "I don’t want to see that here. I want people to be able to breathe freely."

DeSantis' remarks spurred a number of questions: Where did he smell this pungent weed? What if it was just the cheap, nonmedical-grade stuff? Is he aware that edibles and vape cartridges exist?

With these pressing questions in mind, looking ahead to Florida's 2022 gubernatorial race, and to commemorate the upcoming 4/20 holiday, New Times asked DeSantis' challengers to share their stance on the stank and legalization of dank.

Their responses, lightly edited for length and clarity, are listed below, in alphabetical order.

Charlie Crist is unbothered by the smell of weed.
Charlie Crist photo via Wikimedia Commons, joint-in-progress photo by Ben Harding/iStock.com

U.S. Congressman for Florida's 13th District (Democratic Party)
"The smell of marijuana doesn't bother me, and frankly, 'smell' is a really weak excuse to restrict Floridians' freedoms. As governor, I'll catch Florida up to the will of the people with marijuana legalization, and rebuild and reform a criminal justice system that has disproportionately disadvantaged Floridians of color. That means expunging all existing nonviolent marijuana-related charges and sentences across the state and using the tax revenue from legalized marijuana to support drug treatment programs as well as our brave police officers and hard-working school teachers." 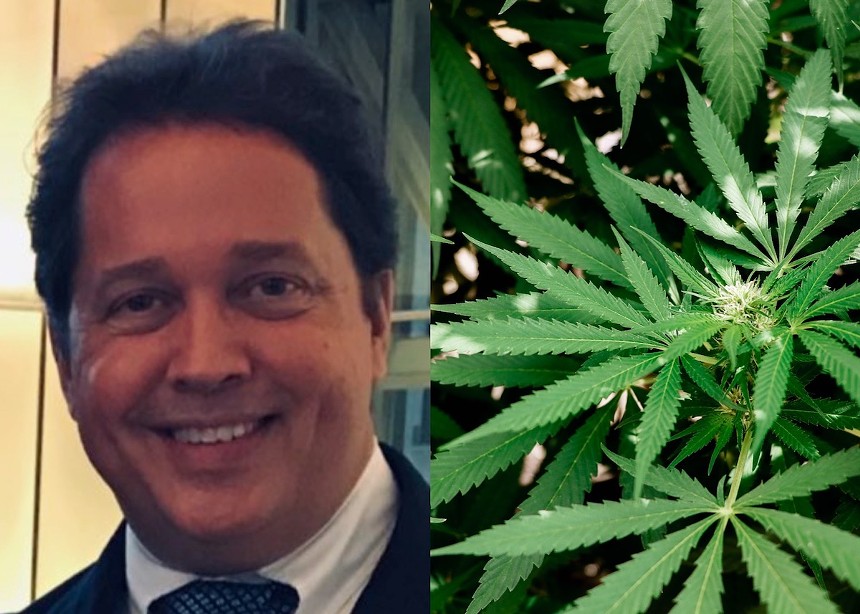 David Nelson Freeman: "Like someone is having a good time"

Jacksonville-born businessman (Democratic Party)
"I do not think it smells bad. I am a firm believer in aromatherapy, from incense to other materials that people use. I have smelled marijuana on many different occasions, and it does not bother me. And I actually think it smells sweet, and it smells to me like someone is having a good time. I know it may go against a lot of people's beliefs, especially if you're a conservative, or maybe a liberal. But I do think that it smells good. It does not smell bad. The legalization of marijuana will keep a lot of people out of the court system. It will keep a lot of people from being arrested. And going through the court system. It would keep a lot of people from having to buy marijuana in an illegal manner from street dealers that may offer them something that is of lesser quality. If you legalize it and control it, I think people that enjoy the use of marijuana medically or not, will be in a safer position by buying from a legalized entity."

Florida Commissioner of Agriculture and Consumer Services (Democratic Party)
"For patients dealing with chronic illnesses, cannabis smells like hope. For entrepreneurs who see the opportunities with the growing hemp industry, it smells like opportunity. And for those formerly or currently incarcerated for minor cannabis offenses as part of the misguided war on drugs, it smells like oppression. It should smell like freedom." 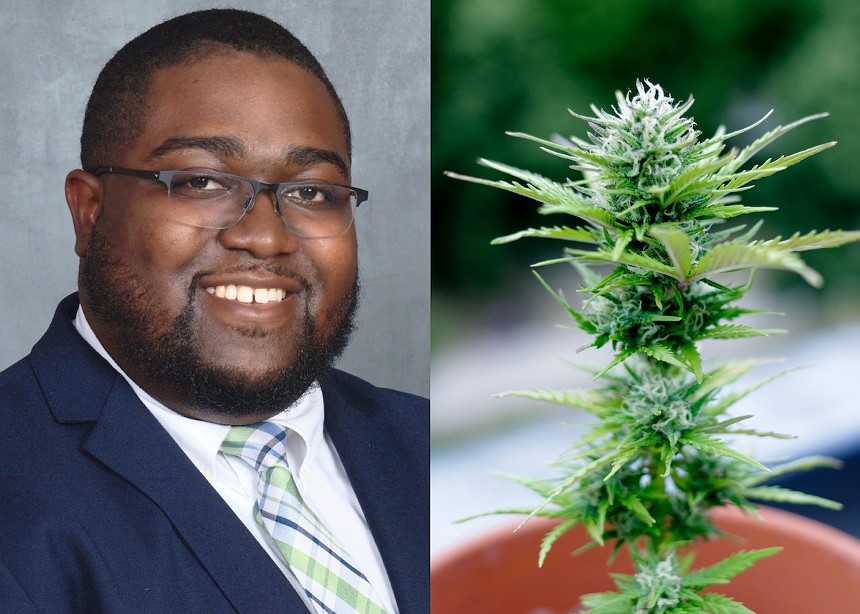 Frank Hughes Jr.: "Not the most pleasant"

Leon County Schools teacher (Independent Party)
"The smell is not the most pleasant but it does wake you up. It doesn't smell as bad as cigarettes, in my opinion. I don't think [DeSantis] is against it because of the smell. A stigma that has been fueled in racism decades ago is attached to marijuana and many conservatives are going to hold on to that fallacy. Marijuana has also been used to incriminate Black and brown people. What easier way to get someone's criminal record started than to catch them with cannabis. Yet many companies have made millions if not billions from the plant. These companies are traded on the stock market, so that tells you the level of money they are making. But if a young adult or teen gets caught with it, they are going to jail if they have the right amount." 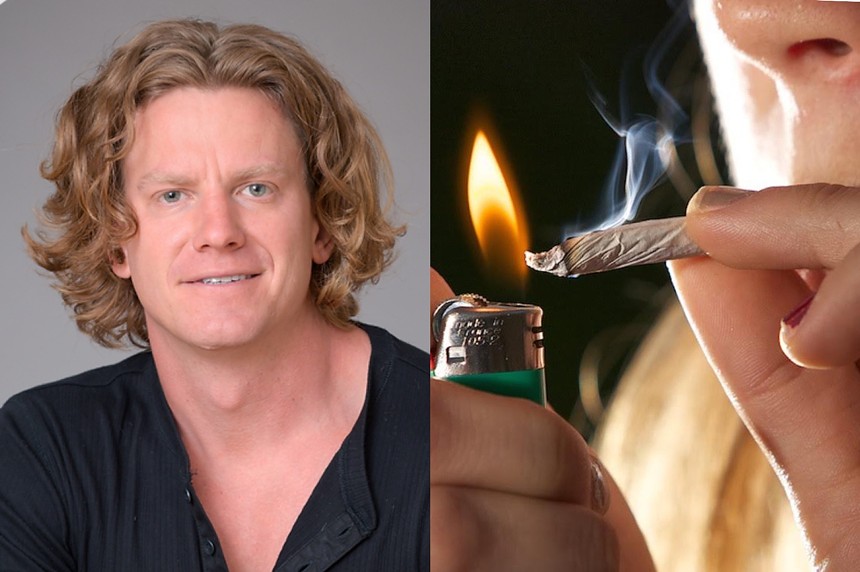 Vero Beach resident, airline pilot, and real estate broker (Democratic Party)
"I personally love the smell of weed. If I'm given the opportunity to serve, I would decriminalize it on day one, with all the rest of the drugs, and let the marijuana industry explode. I would make sure that everyone has an opportunity to capitalize on the legalization — meaning I would change our current 'vertical' model to a 'horizontal' model where you don't have to grow and cultivate the product if you want to sell it in whatever form you choose." 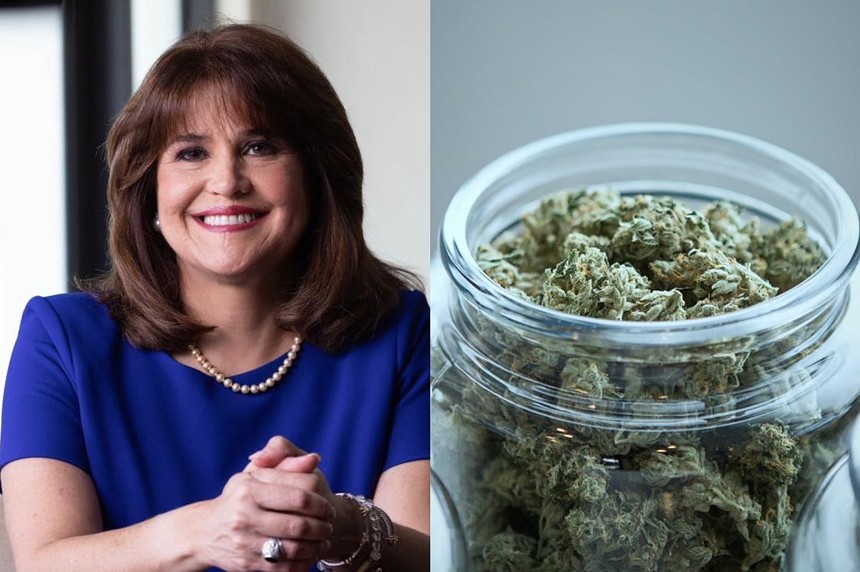 State senator for Florida's 40th District (Democratic Party)
"Marijuana smells like what it is — a medicinal plant! But that shouldn’t really matter. What matters is that marijuana is a safe drug used by millions of Floridians that no one should go to jail for using. There’s no question to me that marijuana should be legalized. It’s used medically by over 560,000 Floridians and recreationally by many more. But we can’t talk about legalizing marijuana without talking about the large racial disparity in who goes to jail for possession of marijuana. Black Floridians are over three times more likely to go to jail for marijuana charges than white Floridians, despite using the drug at nearly the same rates. This injustice must end, and we must stake a claim on the lost tax revenue to improve our schools and roads."

Editor's note: At the time of publication, candidates Kyle Gibson (no party affiliation), Mark Graham (Unity Party), David Nelson Freeman (Democratic Party), and John Joseph Mercadante (Republican Party) had not responded to our request for comment.
KEEP MIAMI NEW TIMES FREE... Since we started Miami New Times, it has been defined as the free, independent voice of Miami, and we'd like to keep it that way. With local media under siege, it's more important than ever for us to rally support behind funding our local journalism. You can help by participating in our "I Support" program, allowing us to keep offering readers access to our incisive coverage of local news, food and culture with no paywalls.
Make a one-time donation today for as little as $1.