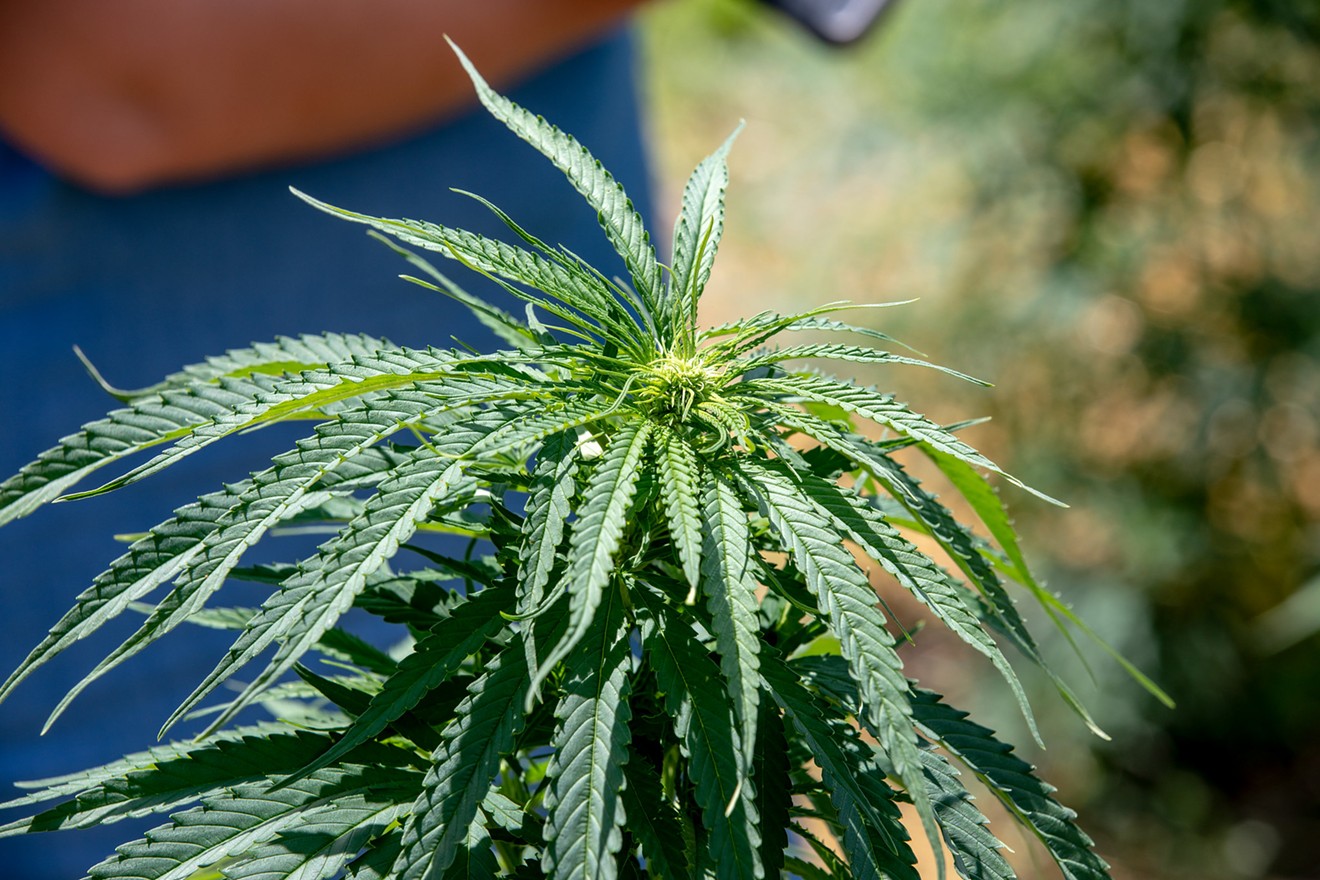 Recent regulation at the state and federal levels have the CBD industry in flux. Photo by Gov. Tom Wolf / Flickr
Update, October 25: In an email to New Times, Diamond CBD says it "vehemently den[ies] the allegations in the complaint." The company's full statement has been posted below.

Experts say a recent class-action lawsuit filed in Florida signals a growing need for more stringent regulation and enforcement of the hemp and CBD industries in the state. The suit alleges the Fort Lauderdale company Diamond CBD and the Denver-based First Capital Venture Co. misrepresented the amount of CBD in their products.

The lawsuit, filed September 27 by Miamian Kathryn Potter, says Potter purchased $119.97 worth of CBD gummies from Diamond CBD's website, which purported that each product contained anywhere from 150 mg to 550 mg of CBD, short for "cannabidiol." The suit claims the actual amount in at least one of those products was far less, although it does not explain how the actual amount was determined.

"[T]he CBD industry has quickly become a billion-dollar-plus industry," the lawsuit states. "Unfortunately, as is often the case with emerging industries subject to minimal regulation, the CBD market is ripe for exploitation by unscrupulous businesses, and it has been compared to the 'Wild West.'"

Potter's attorneys declined to comment on the pending litigation when reached by New Times this week. Diamond CBD, First Capital Venture, and their parent company, PotNetwork Holdings, did not respond to messages seeking comment.

Erin Smith Aebel, a Tampa-based health lawyer, often represents companies looking to enter the growing CBD and hemp industries. She says recent regulation at the state and federal levels has the industry in flux — and the class-action lawsuit shows much more work needs to be done.

"It's kind of a big fad right now, but, eventually, I think it's going to be regulated and it's going to calm down," Aebel says. "But, yes, if you're in the business of selling this stuff, you need to be very careful about the accuracy of your claims."

In December 2018, the federal government made it legal to grow and sell hemp under the Agriculture Improvement Act, better known as the Farm Bill. The bill requires that CBD products contain less than 0.3 percent THC (tetrahydrocannabinol, the primary intoxicant in marijuana). In response, Florida set about to enact its own set of regulations, which Aebel expects to be approved by the end of the year.

These regulations would require that all CBD and hemp products sold in the state have a scannable barcode linking consumers to a certificate of analysis by an independent laboratory that has tested the products' hemp extract levels. But while regulations are in the works to enforce the amount of CBD in these products, Aebel says regulation only indirectly holds companies accountable for containing a specific amount of CBD promised to consumers within that range.

"The FDA does not want any of these products making any kind of healthcare-related claims unless they've actually been tested," she says. "The efficacy of the products, how they're advertised and labeled, and what they're used for is also being looked at very closely by the FDA right now."

A Naples food lab, for instance, was the subject of a recent letter from the FDA demanding compliance. September 18, the FDA issued a warning letter to Alternative Laboratories, which had listed its Green Roads CBD oil as a dietary supplement. The FDA warned that the product does not meet the definition of a dietary supplement and said the company could face seizure of its supply unless the packages are corrected. (Alternative Laboratories did not respond to a request for comment from New Times.)

Even if the recent class action does not spark major change, Tara Tedrow, a Central Florida attorney specializing in cannabis regulations, says the suit proves uncharted territory on the subject remains.

"The complexities of labeling requirements for hemp CBD products involve not only Florida but federal regulations," Tedrow says. "This lawsuit may not be a catalyst for specific regulatory changes in Florida's new hemp rules, but it certainly underscores the necessity for hemp companies to understand applicable state and federal laws pertaining to product labeling and advertising."


"As an innovator and pioneer in the cannabidiol industry, Diamond CBD consistently provides its customers with high quality hemp-based products that are tested by independent, third party laboratories. We vehemently deny the allegations in the complaint. We constantly strive for all our customers to be satisfied with our products and our company has an extensive, happy customer base. We are disappointed that someone sought to utilize the legal system for their purported, alleged dissatisfaction with our product and personal gain in the lawsuit against not only our company, but the industry as evident from multiple similarly timed actions. We will vigorously defend against the allegations in the lawsuit."