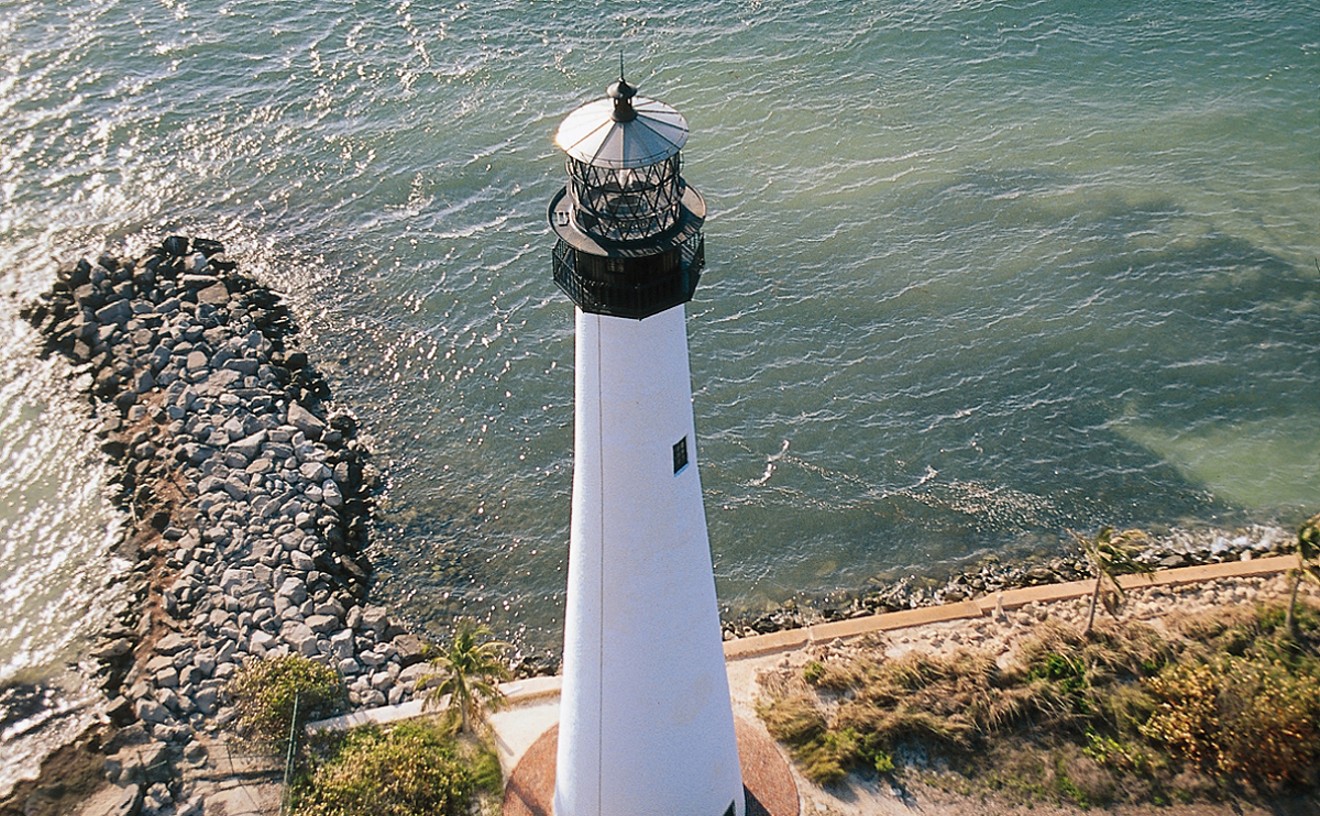 Courtesy of Florida Division of Recreation and Parks

Sure, almost every born-and-bred 305er grew up going to the beach at el farito (AKA Bill Baggs Cape Florida State Park), but you’d be surprisingly hard-pressed to find a Miamian who has toured the Cape Florida Lighthouse. And as one of the oldest lighthouses in South Florida, Cape Florida has a fascinating history — not to mention one of the best views of Key Biscayne, Stiltsville, and beyond. Built in 1825 as a 65-foot structure, the lighthouse has survived everything from hurricanes to attacks, including one by the Seminoles during the Second Seminole War in 1836, which resulted in a fire that nearly led to the lighthouse’s demise. Later, Confederate sympathizers destroyed its lamp and lens during the Civil War in 1861. While Cape Florida was abandoned and decommissioned several times over the years before being rebuilt, relit, and eventually raised to 95 feet, it has served several functions throughout the decades. Among them, it was used as U.S. Signal Station Number Four during the Spanish-American War and, most notably, was part of the National Underground Railroad Network to Freedom, where hundreds of black Seminoles escaped from Florida to the Bahamas. Sure, Cape Florida’s history is interesting itself, but nothing beats the spiraling 109 steps to drink in the views of the Magic City from the top. And luckily, you can experience it free Thursday through Monday from 10 a.m. to 1 p.m. 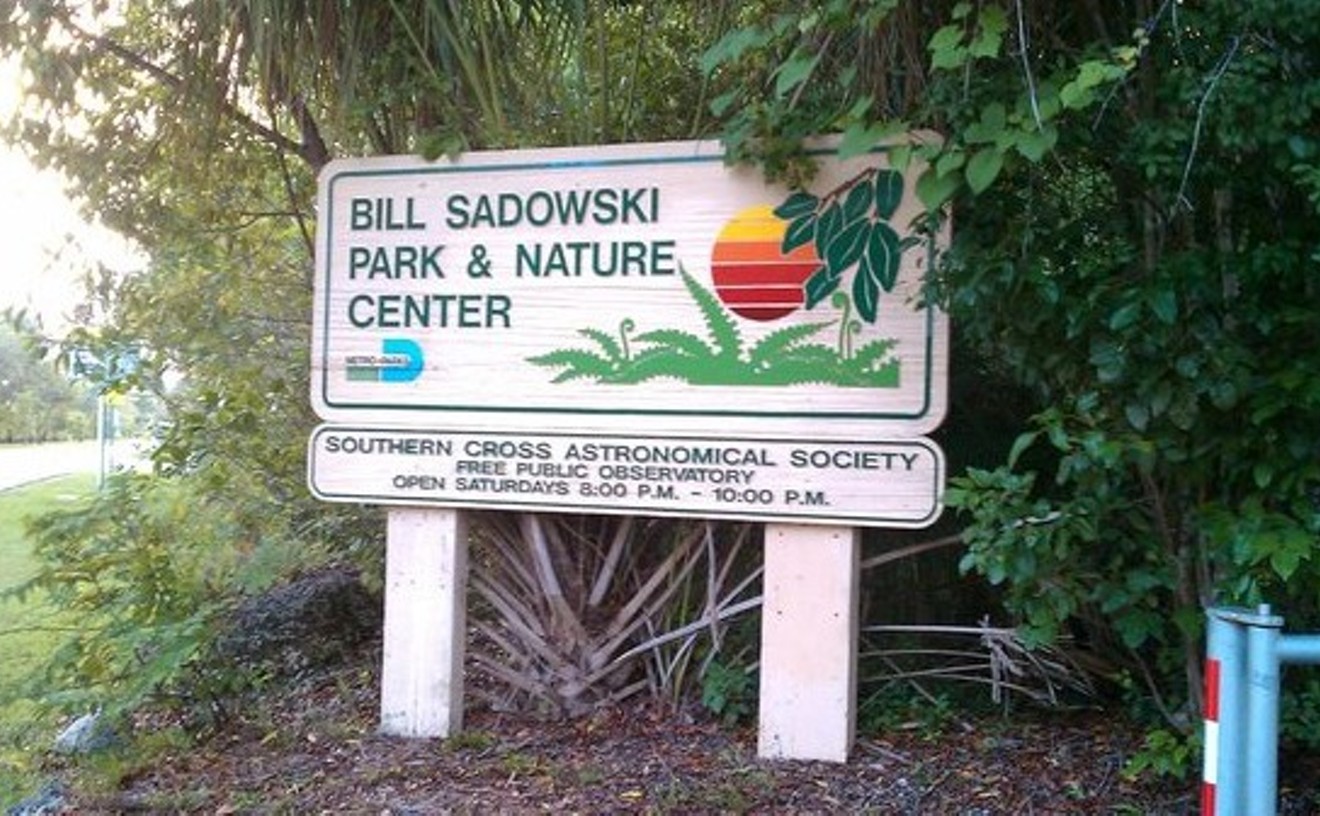 You won’t find lasers or neon lights at this rager. But if you’re lucky enough, you just might get to party with some of the hottest stars in the galaxy. We’re talkin’ Polaris, Perseus, and the Pleiades. Having trouble recognizing these names? Then the Southern Cross Astronomical Society’s Weekly Star Party is definitely one you want to crash. The stellar bash goes down every Saturday at 8 p.m. at Bill Sadowski Park in Palmetto Bay, where you’ll get to hang out with local astronomers, learn about the solar system, and check out constellations, stars, the moon, and maybe even a planet or two. Though SCAS has been offering free viewings and lectures to the public since 1922, only a select few have heard of the organization. But don’t worry — you don’t have to be on the VIP list to join this fete. SCAS’ Star Party is open to everyone of all ages. And the best part: There’s no cover or BYOT (bring your own telescope) policy — all you have to do is show up. Special events are held periodically, so be sure to check out their website before you head out.

Best Place to Be a Kid Again

We’ve all done questionable things as kids — raided the kitchen cabinet and mixed up all the ingredients just because we had nothing better to do, taped the bathroom door shut while our older sister showered, attempted to fish with paper clips and marshmallows. But every now and then, we surprised our parents by joining in normal childhood activities such as laser tag. And no other place in the 305 lets you unleash your inner 12-year-old like 3,000 square feet of nonstop laser tag action — fog, black lights, and multilevel forts included — at Laserland & Adventure. Unlike offering a typical game of laser tag where you simply point and shoot, Laserland provides an alternative to the norm: namely, special missions. During this variation of the game, you receive special laser powerups and abilities to help you score the most points and complete your laser tag mission. You have only 20 minutes, so if you want to be crowned laser tag royalty, strategy is key. But don’t worry — even if you come in last, you can still get your competitive fix with plenty of air hockey and videogames in the arcade lobby. Here’s to being 12 again.