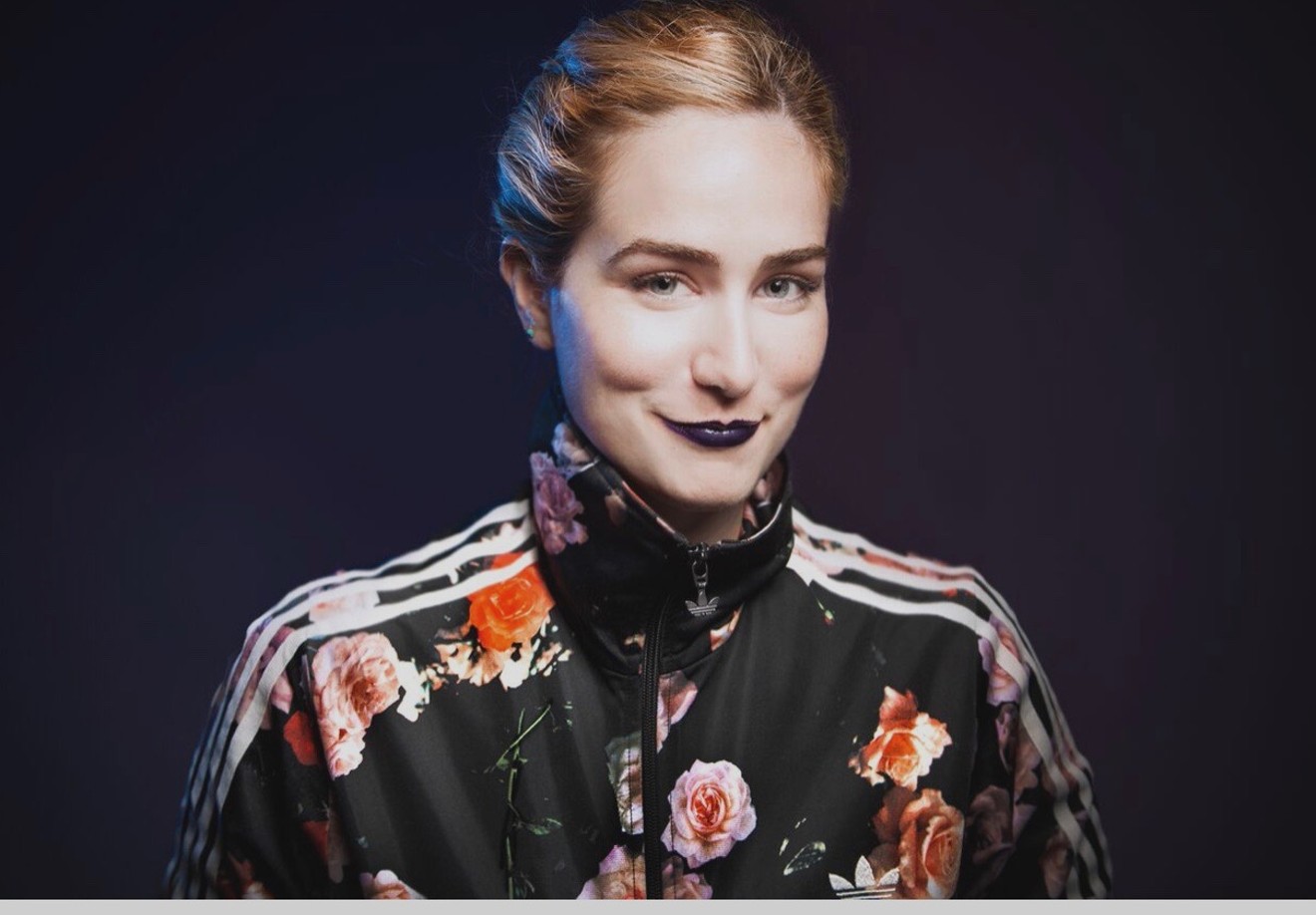 The lovely and talented Irene Morales. Photo by Phil Provencio
Yuval Ofir, the founder of the arts incubator Yo Miami, decided to deep-dive into the local comedy scene seven years ago. Though not a comedian himself, he was inspired by the underground scene, which included funny folks who have since left the 305 such as Daniel Reskin, Jessica Gross (now Anderson), and Irene Morales.

Ofir began by producing a night called Gringo Bingo at Wood Tavern in Wynwood. "The idea was to spice up the usually grandma-associated bar game by having standup comedians host and do crowd work in between rolling balls," he explains. When Lester's Diner next door closed, leaving the popular Moustache Comedy Ride Show homeless, Ofir persuaded the then-host, Morales, to move her night to the taproom at Wynwood Brewing, where it was renamed Last Call Comedy Show.

"The show took off, and we were getting consistently great turnouts," Ofir recalls. Unfortunately, it made no money. When Morales moved to New York, Ofir found a supportive home for the show at Concrete Beach Brewery. That was six years ago, and crowds have been laughing and returning since then. "We have the privilege of being Wynwood's longest-running comedy show and possibly the longest consecutively running showcase in Miami," he says.

To honor that achievement, Ofir will host No Place Like Home at Miami Improv Comedy Club and Dinner Theater in Doral this Wednesday. The show will present comedians who live in New York — including Morales, Plus Pierre, and Paul Julmeus — as well as locals, such as Julie Baez, who recently opened for Tiffany Haddish, and Reginald Leonardo Desjardins. The affair will be hosted by "305 till he mother-lovin' dies" DannyMiami Reyes.

“I began to realize I was hitting a wall creatively," Morales says of her reason for moving to New York. "And even though I wasn't a big fish in a little pond here by any means, I wanted to throw myself into the vast ocean that is New York City in order to cut my teeth and get better at writing and performing." She was encouraged by more opportunities to reach audiences and by fellow comedians who advised her to do so, such as Sachi Ezura, Brian Baldinger, and Yannis Pappas. "Those were three nice nudges from the universe," she says. In New York, she hit the ground running and performs weekly at the New York Comedy Club's two locations and appeared as a wise-ass in the feature-length film Asking for It. 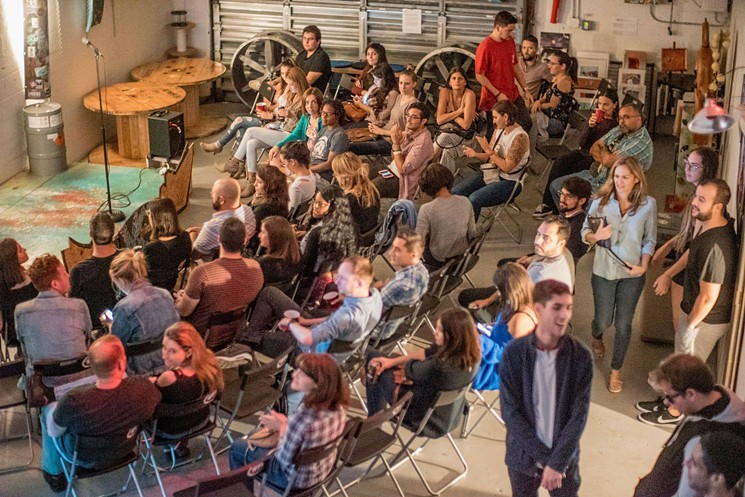 Miami loves comedy.
Photo courtesy of Yo Miami
She and Ofir note that the lack of steady alternative venues has hindered the Miami scene's growth. Morales' take on the local scene is that it's divided into two groups: club comics who perform at Improv locations, and the alt scene, which gathers audiences in bars that often wind up shuttering.

“I began to realize that more often than not when a show fizzled out, it was more related to the venue closing than to their dissatisfaction with the show," Ofir says. "The Miami comedy scene has always been a fickle bitch, much like the city itself.”

Ofir plans to offer a remedy to this turnover problem by making his venue and artist co-working studio space — Yo Space — the first underground club dedicate to standup. Though there are places such as Villain Theater that host comedy nights, he notes, they tend to focus on the improv format. He has already hosted Just the Tip Comedy Show at the space, where comedians worked for tips. Morales notes that the Wynwood bar Gramps has offered a permanent, though not dedicated, stage for comedy in its backroom, Shirley's.

Without venues tailored for them, alt-comics find it difficult to build careers in Miami. It's hard to keep an audience following even a popular night as it moves from place to place. Morales says some comics she knows have careers in South Florida by doing comedy on cruise ships and getting gigs at the Improv. "I think the only thing the Miami comedy scene needs to flourish is time," she says.

For the host of No Place Like Home, DannyMiami Reyes, it's not about a scene or career. "Comedy is art and should be respected as such," he says, "not just in Miami, with the tiki-tiki music of Ultra and the bass of the clubs and bullshit of Basel, but everywhere.” He calls it his "favorite and truest form of communicating."

No Place Like Home. 8 p.m. Wednesday, December 18, at Miami Improv Comedy Club & Dinner Theater, 3450 NW 83rd Ave., Suite 224, Doral. Tickets cost $20 each or $30 for two with the discount code DateNight1218 via miamiimprov.com.
KEEP MIAMI NEW TIMES FREE... Since we started Miami New Times, it has been defined as the free, independent voice of Miami, and we'd like to keep it that way. With local media under siege, it's more important than ever for us to rally support behind funding our local journalism. You can help by participating in our "I Support" program, allowing us to keep offering readers access to our incisive coverage of local news, food and culture with no paywalls.
Make a one-time donation today for as little as $1.