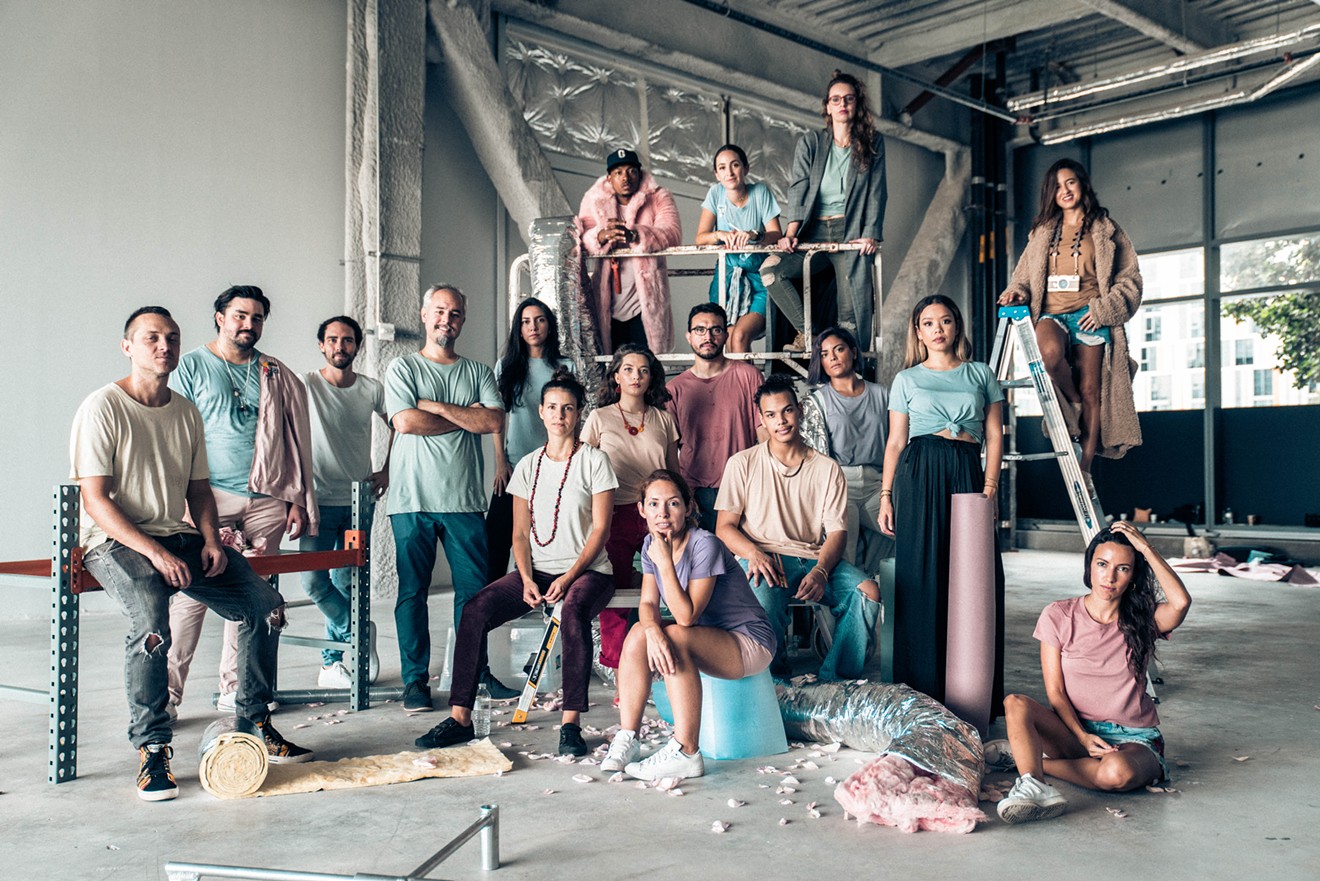 Raw Pop Up's artists and organizers. Courtesy of Raw Pop Up
It’s always tempting to break the cardinal rule of art museums: look, but do not touch. At the Raw Pop Up/Lab, an interactive art and design experience, you can do just that. Its production team and artists want you to not only see but also touch, feel, taste, and smell the art.

“Our main mission is pioneering the interactive art movement. All the installations are interactive. The audience has full participation with the artwork. They can smell, touch, and eat the artwork. Art is not only meant to be seen but to make people feel like participating in their culture and creating an identity for the city,” Tam Gryn, the curator at Raw Pop Up, says.

Raw Pop Up will bring the latest version of its interactive art event to Brickell City Centre for a four-day run, Thursday, September 27, through Sunday, September 30. This past May, the group hosted an event at the Moore Building in the Design District, where it attracted more than 6,000 visitors in three days. It also presented earlier versions of the event at iconic locations such as the 1111 Lincoln Road parking garage in South Beach and the U.S. post office and courthouse in downtown.

“Nowadays, retail places are trying to bring experiences to their spaces. There has been a shift to people shopping more online. We want to bring people to Brickell City Centre thinking about it as a space where they can spend time with family and friends and connect with others through art,” Gryn says.

The 11,500-square-foot space on the fourth floor of the outdoor mall will be this edition’s canvas for 15 artists to build the installation Urban Comfort Pavilion. The creators will use scaffolding as a motif, juxtaposing it with soft materials such as foam. “The scaffolding is an ode to Brickell and Miami in general. People are able to live, work, and play inside this scaffolding,” Gryn says.

Visitors will be entertained by roving performance artists, mobile musicians playing electronic sets, interactive installations, and food and drinks. The creators and performers will earn a portion of the profits from ticket sales; tickets cost $15 to $60.

“Our generation, the millennial generation, is moving away from collecting objects to collecting experiences," Gryn explains. "The art world hasn’t shifted to accommodate for this new generation. We are pioneering a new idea for the artistic experience and a new economy.”

The Raw Pop Up team is already planning its next edition after Brickell City Centre. During Miami Art Week, they will take over two floors of the former Burdines/Macy’s building in downtown. They are holding an open call for over 80 artists to display their work.

Says Gryn: "Raw Pop Up is a democratic art experience that anyone can inherently connect to no matter what their background or education level is... We want to call on all of Miami to come and check it out for themselves.”

Raw Pop Up/Lab. Thursday, September 27, through Sunday, September 30, at Brickell City Centre, 701 S. Miami Ave., Miami; 305-350-9922; brickellcitycentre.com. Tickets start at $15 via eventbrite.com.
KEEP MIAMI NEW TIMES FREE... Since we started Miami New Times, it has been defined as the free, independent voice of Miami, and we'd like to keep it that way. With local media under siege, it's more important than ever for us to rally support behind funding our local journalism. You can help by participating in our "I Support" program, allowing us to keep offering readers access to our incisive coverage of local news, food and culture with no paywalls.
Make a one-time donation today for as little as $1.