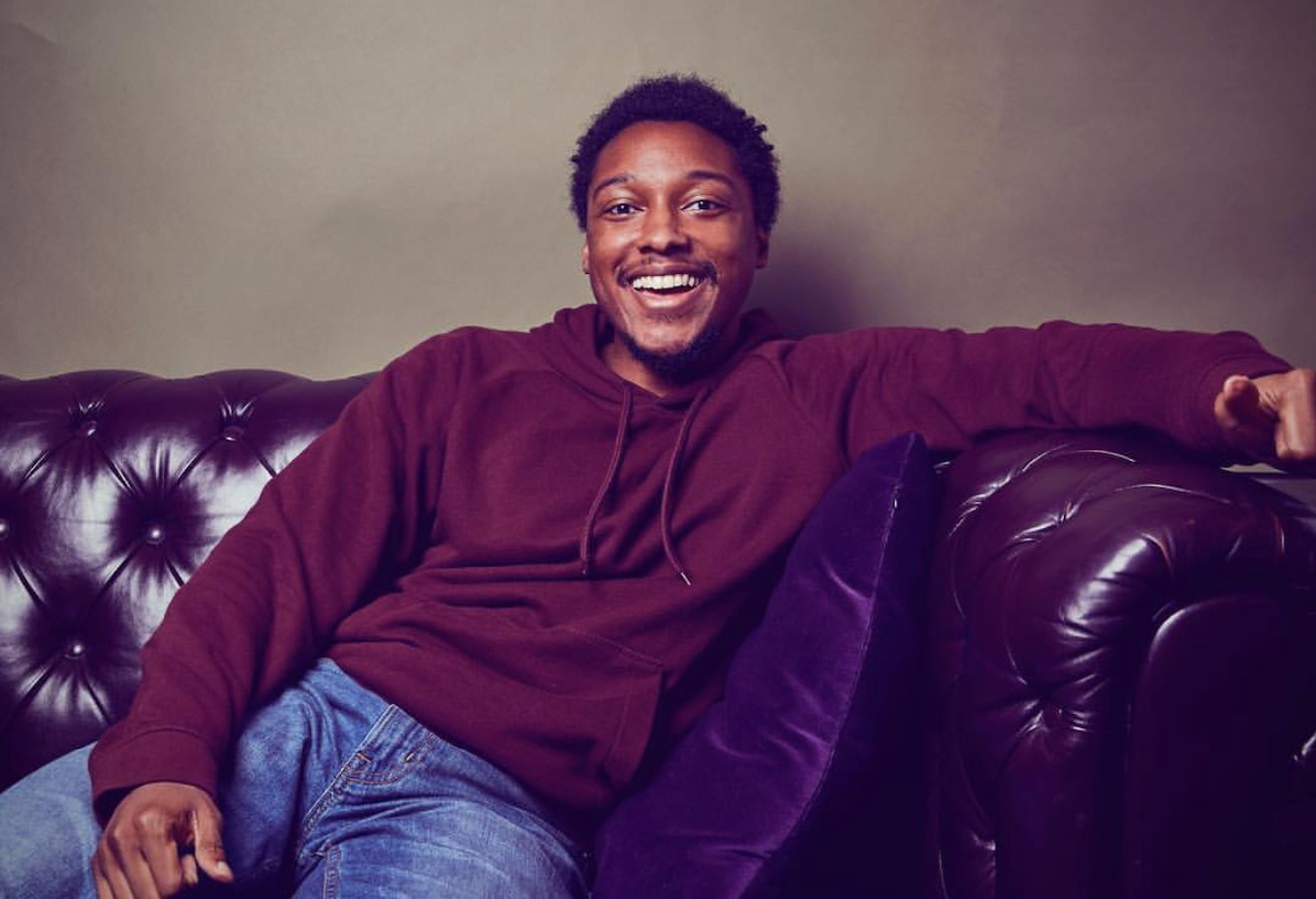 Josh Johnson “can see why everyone has a gun now.” Photo courtesy of Samantha Murphy
Comedian Josh Johnson spent New Year’s Eve wondering if the sound outside his Vermont cabin was a small harmless animal, a monstrous beast, or an average-size person trying to kill him.

“I can see why everyone has a gun now,” the 29-year-old comedian tells New Times as he describes the eeriness of staying in a remote cabin with no neighbors to hear screams for help.

So far, 2020 has been a tad less stressful for Johnson. All things willing, the standup comic will get to enjoy the scenery and unwind when he lands in South Florida for a show at Hard Rock Live Saturday, January 18. Johnson, who writes for Comedy Central’s The Daily Show With Trevor Noah, will perform an opening set for Trevor Noah the day of the show. Johnson has been traveling with his boss on the Loud & Clear Tour since January 2019. Last year, the pair performed 28 shows throughout North America; the tour was so successful they wound up extending it into 2020.

“It’s crazy to do some of the shows that we’ve done. It’s also a wild feeling when the jokes that have been working for crowds at the [Comedy Cellar in New York City] or small clubs actually work in front of thousands of people,” Johnson says.

“Thousands of people” might sound hyperbolic coming from a comedian, but Johnson isn’t overestimating: In November, he opened in Madison Square Garden to a sold-out crowd of 20,000.

Johnson sees his opening act as an opportunity to transform anonymous audience members into friends in as little as ten minutes. His appearance on the tour usually catches guests by surprise; they often don't know that standup routines often come with an opening act.

Though his mere presence has taken audiences by surprise, Johnson doesn’t see winning them over as a steep challenge.

“[Trevor’s fans] are very open and receptive,” Johnson says. “It’s easy to get them in a good mood and ready to receive a full hour of what [Trevor] wants to say because they’re already real comedy fans. They enjoy a different perspective.”

Johnson’s comedy speaks to that so-called different perspective. His comedic style is reminiscent of the quiet class clown — the kid in school who'd speak up only to say something biting and hilarious before resuming a quiet disposition.

The self-described “your favorite sad funny man” simply wants to instill happiness in others.

“I think it’s easier to try to put your effort into helping someone else,” Johnson says. “Even if you don’t feel better from it or you don’t walk away with this amazing feeling, you still are distracted from the things going on with you.”

After three years of performing standup in Chicago, Johnson moved to New York City to continue his career and began writing for Jimmy Fallon. It was an impressive achievement as far as first writing gigs go, and the experience forced Johnson to refine his creative muscles and write jokes even on days he wasn't feeling all that funny. Though standup comedians have a tad more room to succumb to writer's block from time to time, writers for nightly television enjoy no such luxury: The show must go on, day after day after day.

In a 2017 interview with Vulture, Johnson questioned whether he had earned his spot in the comedy scene. Nearly three years later, he admits he'll always feel that way. His peers, as he describes it, are creating material that elevates the form of comedy. He says it’s easy to feel insecure when you're in the presence of boundary-breaking comedians who seem to only improve with time.

As someone who's always on his toes, Johnson offers a practical take on new year’s resolutions: Don't make them. The beginning of another year or even another decade makes no difference to him — he believes you can make life-altering decisions anytime.

But if a 2020 resolution somehow creeps up on him, he says he'll be realistic about it. “I’ll probably figure it out in March, start it in April, and then give up by September.” Self-effacing remarks aside, by the looks of Johnson’s comedy career, he probably won't give up anytime soon.

Josh Johnson. With Trevor Noah. 8 p.m. Saturday, January 18, at Hard Rock Live, 1 Seminole Way, Hollywood; 954-797-5531; hardrocklivehollywoodfl.com. Tickets cost $45 to $115 via ticketmaster.com.
KEEP MIAMI NEW TIMES FREE... Since we started Miami New Times, it has been defined as the free, independent voice of Miami, and we'd like to keep it that way. With local media under siege, it's more important than ever for us to rally support behind funding our local journalism. You can help by participating in our "I Support" program, allowing us to keep offering readers access to our incisive coverage of local news, food and culture with no paywalls.
Make a one-time donation today for as little as $1.