Still from Terence Price II’s Rooted Like a Tree Photo courtesy of Oolite Arts
In 1960, CBS News broadcast the documentary special Harvest of Shame about migrant workers across the United States. Premiering on Thanksgiving and presented by journalist Edward R. Murrow, the televised event sought to shine a spotlight on the harsh working and living conditions these people endured to put food on the average American’s table in exchange for barely enough pay to survive.

Documentaries like Murrow’s remain a heralded advocacy medium due to their educational nature. But while Murrow sought to provoke and assemble viewers by amplifying the voices of these migrant workers a little over six decades ago, the poor treatment of day laborers is but one issue that has translated over to the 21st century. In fact, Florida leads the country in wage theft violations, according to WeCount!, an organization dedicated to low-wage immigrant workers in South Miami-Dade.

With her short film Monarcas, local documentary photographer and visual artist Diana Larrea seeks to shine a spotlight on this injustice by telling the story of Pedro and Alejandro (last names have been withheld), two Guatemalan day laborers who, with the help of WeCount!, successfully sued their roofing employer for back wages earlier this year. (They have yet to receive the money owed to them.) Her project is one of three short films that will be screened at Little Haiti Cultural Center on Friday, July 22, as part of "Pass the Mic: We Will Tell Our Stories," an initiative from Oolite Arts and the Community Justice Project that seeks to spotlight local activism.

“Many people are not aware of the little injustices that happen right next door,” Larrea tells New Times. “I think it's important to share these stories. The good ones [and] the bad ones.”

Also showing are Terence Price II’s Rooted Like a Tree about the Miami Workers Center’s fight to get a tenant's bill of rights passed, and Ronald Baez’s Apart < A Part which was made in collaboration with the Allapattah Collaborative CDC and deals with gentrification in the immigrant community through the eyes of a local guayabera maker.

The screening of the commissioned films, which took four months to complete, will be followed by a discussion featuring Pedro, Alejandro, Price II, and Fidel Aquino and moderated by Nadege Green, the Community Justice Project’s director of community research and storytelling.

Still from Diana Larrea's Monarcas
Photo courtesy of Oolite Arts
“We're avoiding, as much as possible, the idea of extractive storytelling by putting people that are at the heart of the issue, hand in hand with the filmmakers,” says Danielle Bender, Oolite Arts’ cinematic manager. “We focus on the story first, and then work on making sure that people know about the issue, both from an art world perspective and advocacy perspective.”

Both Bender and Green emphasize the authenticity of local, hyper-focused storytelling as the driving point behind not just the documentary shorts but also the initiative as a whole. Each film is distinguished by its director’s voice, as well as the ones of the people it chooses to platform.

For example, Apart < A Part cleverly features kinetic montages of archival footage and news clippings that provide context not just to Allapattah’s present-day struggles but also its historical abandonment by the city that came with the McDuffie Riots in 1980. Meanwhile, Monarca’s butterfly imagery implies not only the transformation the laborers in Larrea’s film undergo when they learn to stand up for themselves; the director says that monarchs’ yearly migration from Canada and the U.S. to Mexico has made the species a symbol for immigration. Still, all three films take a formalist approach, offering an accessible and intimate look at their subject matter by focusing on one or several people that give each movement a face. 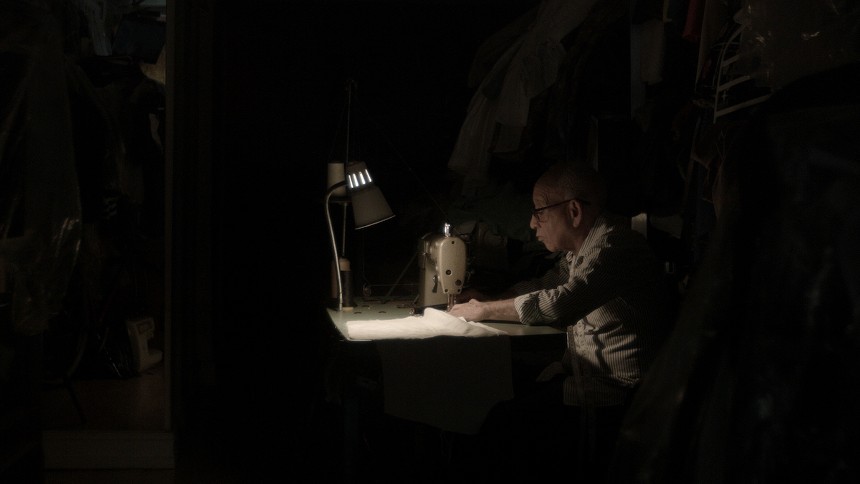 Still from Ronald Baez’s Apart < A Part
Photo courtesy of Oolite Arts
“When you're talking about minority groups and underrepresented people, oftentimes those conflicts have that duality of like, intimate and social,” he adds. “You think, The tailor shop, nothing remarkable happening here. And yet, there's so much more behind the way that things are presented. There's the outer conversation, and then there's the inward conversation.”

Documenting important developments as they happen was as an obstacle in cases where the subject matter hit close to home for the filmmaker. Price II recalls his own experience of having faced eviction earlier this year as a catalyst for getting involved with the Miami Workers Center. He says there was a duality to getting commissioned to cover the organization’s push for the Tenant's Bill of Rights while knowing that he would be affected by its passing.

“At times, I just wanted to put the camera down and just be a member and fight with everyone. But I had this camera that was like this little window of me watching everything from a different point of view,” he tells New Times. “That made it kind of tough.”

All three documentaries will be available to view on Oolite’s website following Friday’s screening, which Bender promises will be a “community-centered event,” with the community members featured in the shorts being given a space to talk afterward.

“The end goal is that people should walk away knowing more about what's going on in their community, but also think to figure out next steps of how they can get involved — how they can support the organizations and the individuals that are featured in these films,” she says.

“I think us as human beings sometimes need these little communities, especially when we're immigrants. I've been here 19 years by myself, and it's different when you’ve got a community [that makes] you feel safe,” Larrea adds. “It's super important for me, especially right now, to give a voice.”

Pass the Mic: We Will Tell Our Stories. 7 p.m. Friday, July 22, at Little Haiti Cultural Center, 212 NE 59th Ter., Miami. Admission is free with RSVP via oolitearts.org.
KEEP MIAMI NEW TIMES FREE... Since we started Miami New Times, it has been defined as the free, independent voice of Miami, and we'd like to keep it that way. With local media under siege, it's more important than ever for us to rally support behind funding our local journalism. You can help by participating in our "I Support" program, allowing us to keep offering readers access to our incisive coverage of local news, food and culture with no paywalls.
Make a one-time donation today for as little as $1. 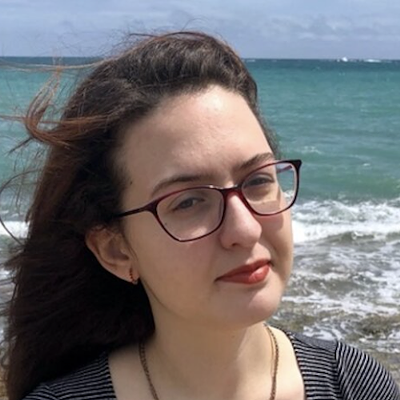