Critic Hilton Als on the Shuttering of Local Papers: "It Takes Away the Reader's Ability to Dream" 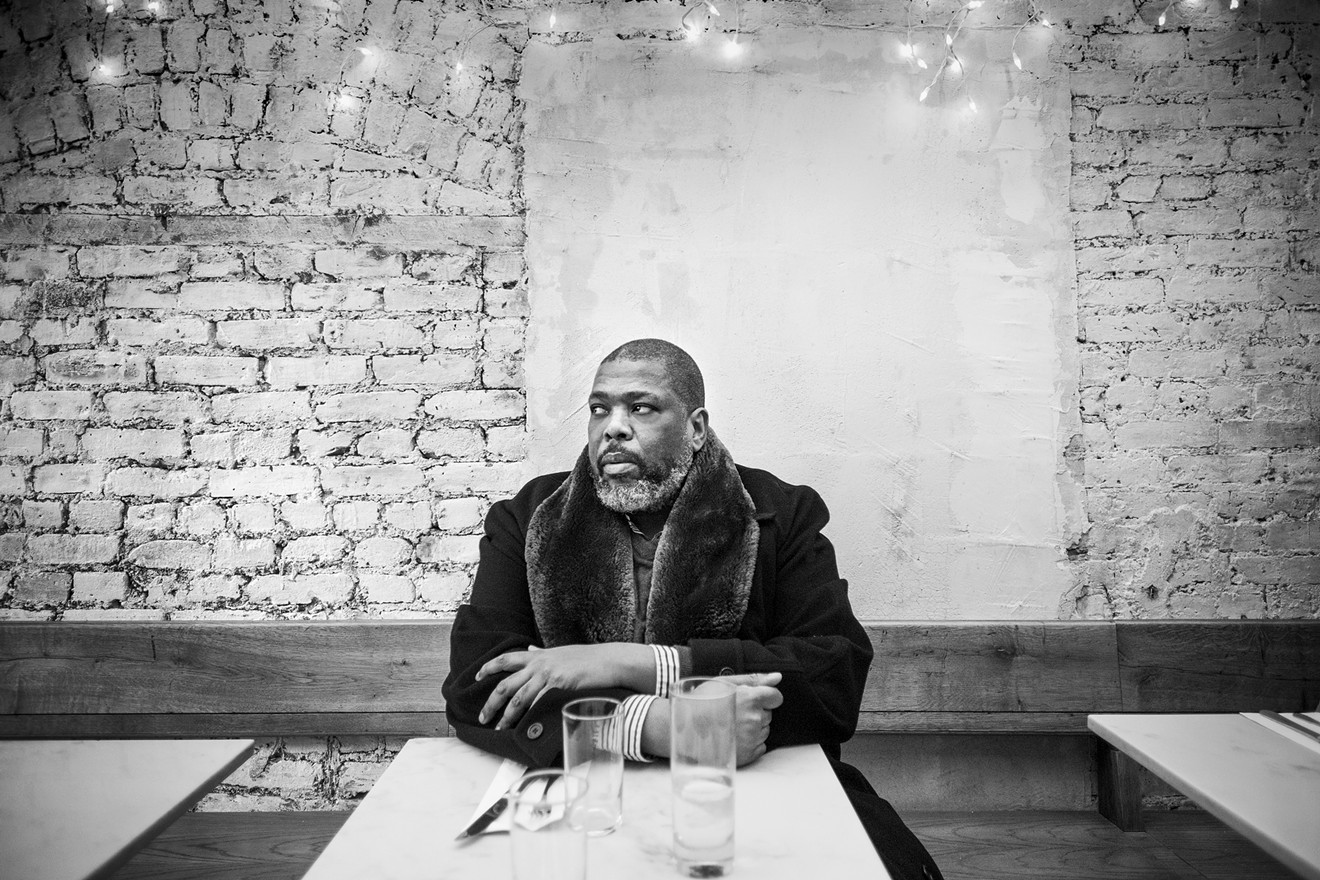 After many years, Hilton Als will return to Miami. Photo by Ali Smith
The Institute of Contemporary Art Miami appreciates the need for public forums designed for sorting through the issues of the day, which is why it's hosting the 2020 edition of the annual series Knight Keynote, beginning Saturday, February 22. Each winter, the Keynote facilitates conversations about Miami’s state of affairs and culture in addition to larger societal woes and aspirations.

“I’m looking forward to reacquainting myself with such an interesting, rich, and complex place,” Als tells New Times in advance of his appearance for the event, which will take place in Palm Court in the Design District.

“I really welcome the opportunity to go to places where there's a lively conversation going on about art, sexuality, and race... and Miami promotes that kind of openness,” he enthuses. “It's not lip service; it's life, it's culture, and culture is life.”

According to Gean Moreno, the ICA’s curator of programs and head of the museum's Art + Research Center, which hosts the Knight Keynote, Als embodies the attitudes and inquisitive conversations the event strives to foster.

“The idea is to bring a cultural luminary — a voice that is relevant for the moment,” Moreno says. “We want our cultural public discourse to grow more robust.”

Als adds, “The ICA first approached my speaking agent... They really wanted to do an event that would bring out different ideas and attitudes about art and thinking that they had admired in my writing. They’re the maestros behind this, not me.”

A staff writer for the New Yorker since 1994, the 60-year-old author is now the magazine's head theater critic. In 2017, he received the Pulitzer Prize in Criticism for his work with the publication. Als is also an associate professor of writing at Columbia University and has had two collections of essays — The Women and White Girls — published in 1996 and 2014. He's also been curating art exhibits for more than a decade.

Born to parents who immigrated to the United States from Barbados, Als continually returns to the theme of self-identity in his work.

“The first word that comes to my mind is the self, or yourself,” Als details in an effusive tone. “Identity is self-perception first and always. Secondly, it should be a conversation that people can have about you but you don’t have to have with yourself: black, Hispanic, gay, for example — but those are wobbly definitions. That’s other people's business, not yours. The job is to speak out of your experience and give yourself your story.”

The erudite manner of Als' writing comes across in conversation as well. Both verbally and on paper, he communicates in a matter-of-fact style peppered with literary devices and dry humor. That is, he's a writer's writer.

"My job is to talk to the reader and let you know that I'm with you," he says of his rhetorical approach. "But we can have a moment to look at the way the light comes through that object or look at what that actor said and how they said it. Let's pause and think about these things. The thing that links it all together, really, is the writer's sensibility. The American story is a big, multilayer story; I am just telling a little bit of it.”

Asked if he is ever satisfied with his own writing, Als replies, “No, but is any writer ever pleased? I am beginning to understand that I have a voice and the intention is there; I find that very moving. What is clear is my love and my intention, and my intention is to speak to you and connect to you somehow.”

The fierceness of Als' intentions and the lofty subject matter of his writing — which frequently address the intersection of art and culture with current attitudes about race and sexuality — has earned him a place in the hearts of readers and fellow critics alike.
In an interview with Vice, Als contrasted the potent racial and sexual energy of the 1970s with the inert present. He says, “I think we are much more, as a culture, more timid. We are more likely to blame people for not being ourselves and allowing them to be themselves.”

Als' upcoming book, I Don’t Remember, will take another look at the past and explore his life and experiences in New York City at the height of the AIDS epidemic. The book, which is slated for release in 2021, will also detail his relationships with pivotal cultural figures, such as the late artist Jean-Michel Basquiat and his immersion into NYC's queer community.

Outside the written word, Als curated the art exhibition “God Made My Face: A Collective Portrait of James Baldwin,” which was on view in January and February 2019 in New York City. Its mission was to “humanize” the late artist and playwright by drawing attention away from his civil rights work and reorienting the conversation around his other creative pursuits and life as a gay man.

Although the discussion at the ICA will be improvised, Als says he would certainly enjoy talking about the exhibition.

“I think it would be a wonderful thing if we could talk about those aspects of the way which politics and ideology can hinder art as opposed to making it something free for ourselves,” he says.

Despite how dreary our future might seem — whether with regard to cultural prospects, politics, or material social conditions — Als has maintained hope as a cornerstone of his writing.

“When you have a president who is always tweeting about fake news, you're doing something right,” Als quips. “I think journalism has always had a purpose and will always have the purpose of illuminating and imparting information. I think given the confusion of how a lot of people feel about the press, and given our political climate, I think that’s very valuable and tells us that we are able to get under people’s skin, and that is superimportant.”

The revered and sorely missed Village Voice was one of Als' major writing outlets for years; it provided him with ample opportunity to refine and hone his now-celebrated authorial voice. The Voice spent more than 60 years speaking truth to power and taking honest stock of New York City's various scenes and characters; sadly, the publication shuttered in 2018. Last month, the Miami Herald announced the closure of its printing plant and 70 job cuts; this morning, the newspaper's publisher, McClatchy, declared bankruptcy.

As locally sourced writing continues to lose avenues for expression, and society becomes more of an echo chamber, "what gets lost is the reader's imagination,” Als philosophies.

Even if the publications in which he made his name continue to perish, the impact of Als' cultural contributions ensures he has a long shelf life ahead, expired magazines and ephemeral Miami conversations aside.

Inaugural Knight Keynote Lecture, with Hilton Als. 7 p.m. Saturday, February 22, in Palm Court, 140 NE 39th St., Miami; 305-667-5657; miamidesigndistrict.net. Admission is free with RSVP via icamiami.org.
KEEP MIAMI NEW TIMES FREE... Since we started Miami New Times, it has been defined as the free, independent voice of Miami, and we'd like to keep it that way. With local media under siege, it's more important than ever for us to rally support behind funding our local journalism. You can help by participating in our "I Support" program, allowing us to keep offering readers access to our incisive coverage of local news, food and culture with no paywalls.
Make a one-time donation today for as little as $1.