A scene from the film T. Photo by Keisha Rae Witherspoon
Miami Dade College's Miami Film Festival is set to return for its 37th edition. In addition to hosting its trademark parties, events, and screenings, this year’s festival — which runs Friday, March 6, through Sunday, March 15 — will present prominent filmmakers such as Ari Aster (Midsommar, Hereditary), Stella Meghie (Everything Everything, The Photograph), and Lulu Wang (The Farewell). In typical festival fashion, the shorts programs will showcase local stories alongside films from farther afield. Here's a look at four short films representing some of the best the fest has to offer.

Miami-based filmmaker Keisha Rae Witherspoon’s directorial debut unfolds like a haunting. The narrative follows three participants as they prepare for the annual T-ball, an event wherein a community memorializes loved ones by wearing RIP. T-shirts and handmade costumes. The ball is equal parts celebratory New Orleans funeral procession and runway show. The outfits and tributes are reminiscent of Ghana’s remarkable fantasy coffins in that they are often made of materials that represent the deceased in some way. Every setting — the house cluttered with paintings, the South Florida farm, the performance hall — contains traces of those who have passed.

Disturbingly, many of the dead are inexplicably young, and though tragic violence remains unspoken, it lurks at the periphery of the film. Though it's rooted in grief and absence, T is undeniably magical. Koko Zauditu-Selassie shines as Dimples and commands the screen from beginning to end. Hypnotic interludes hover about in the cosmos. As the living channel the dead through dance, hypnotic interludes and an ethereal, futuristic score help tie T together.

One of the more touching artistic choices is Witherspoon’s use of documentary tropes such as breaking the fourth wall by letting characters speak directly to the camera. T feels revolutionary because it is: Black grief, love, celebration, and anger are undiffused. The subtle shifts from joy to pain or from boisterous to brooding all manifest in full view.

As creative director and cofounder of Third Horizon, a Caribbean artist collective, Witherspoon expresses a commitment to exploring diasporic experiences and identities, and T does just that. It’s easy to see why this film has won over audiences at Sundance, New Orleans Film Festival, and Berlinale; there's no doubt it'll leave Miami audiences mesmerized.

T is competing in the Miami Film Festival’s Knight Made in MIA Short Film Award contest, which gives $10,000 to the best short film that includes a substantial portion of its content in South Florida and most ably demonstrates a sense of pride, emotion, and faith in the local community. Screening in Shorts Program 5 at 9:35 p.m. Tuesday, March 10, and noon Saturday, March 14, at Silverspot Cinema, 300 SE Third St., #100, Miami; 305-536-5000; silverspot.net/downtown-miami.

Grab My Hand: A Letter to My Dad
Photo by Camrus Johnson

Grab My Hand: A Letter to My Dad

If T sounds appealing, don't miss this animated exploration of fraternal love and connection from a son’s point of view. Actor Camrus Johnson (Batwoman, The Sun Is Also a Star) wrote and directed this piece, which is brought to life through animator Pedro Piccinini’s playful visuals. Grab My Hand pays homage to the relationship between Johnson's father and his best friend. Through this touching retelling, he honors his pops and the indissoluble strength of healthy male bonds. In the running for the Short Film Award and screening in Shorts Program 2 at 7 p.m. Saturday, March 7, and 10 p.m. Thursday, March 12, at Silverspot Cinema.

Endure the Suck profiles two Miamians, both military veterans, who share an unconventional bond: One lost her leg in a car accident, and the other was paralyzed during a crane malfunction. Despite the physical and emotional challenges of their injuries, both refuse to give up their love of sailing and spending time on the water. Together they introduce Magnus Liljedahl, a U.S. Olympic sailing gold medalist and executive director of Coconut Grove’s Team Paradise Sailing, one of the few programs in the nation that offer adaptive sailing gear for people with disabilities. Director Isaac Mead-Long’s shots of Miami’s beautiful waterways and focus on the selflessness of good neighbors will leave audiences feeling hopeful about the Magic City.

Though originally from Pennsylvania, Mead-Long has been making movies about Miami for several years. He works in many genres, but his forays into documentary highlight the beauty, diversity, and resilience of South Floridians. His film Ballet Bus, which followed two boys’ participation in a Miami City Ballet outreach program, won the 2017 Miami Film Festival CinemaSlam competition. His development as a director is impressive and inspirational. Preceding the screening of Crip Camp at 6:20 p.m. Wednesday, March 11, at Silverspot Cinema.


La Gloria rounds out this list of must-see shorts. Mary Evangelista’s quiet, queer coming-of-age drama is set in the desert borderlands of Southern California. Gloria is a teenager whose feelings of lovesickness and failure to fit in cast her into the throes of self-harm. While her immediate family normalizes her pain by literally covering her scars and pretending everything is fine, Gloria finds support in the most unexpected of places. Her shared dreams with her grandmother give her a newfound outlook on love and life. Evangelista deploys expert pacing and makes effective use of space and silence to depict her characters' longing. As a result, the moments when characters touch are exponentially more meaningful. The film shuns stereotypical portrayals of the elderly and leaves room for cross-generational bonding. Screening as part of the HBO Ibero-American Short Film Award Program at 6:45 p.m. Friday, March 13, at Silverspot Cinema.

Miami Dade College's Miami Film Festival. Friday, March 6, through Sunday, March 15, at various locations across Miami-Dade. For info on films, events, and ticket prices, visit miamifilmfestival.com.
KEEP MIAMI NEW TIMES FREE... Since we started Miami New Times, it has been defined as the free, independent voice of Miami, and we'd like to keep it that way. With local media under siege, it's more important than ever for us to rally support behind funding our local journalism. You can help by participating in our "I Support" program, allowing us to keep offering readers access to our incisive coverage of local news, food and culture with no paywalls.
Make a one-time donation today for as little as $1. 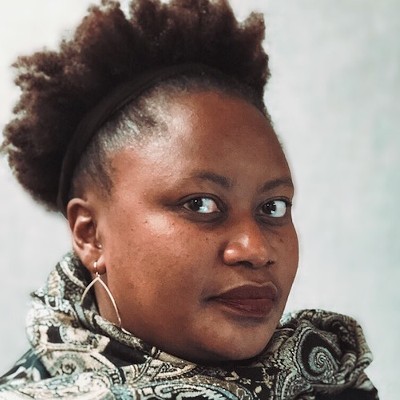