Pioneer Winter adjusting a costume for Birds of Paradise. Photo by World Red Eye
Underneath bright lights, Pioneer Winter stands in front of a small group of performers. He stares appraisingly at the faces as he rests his hands on his hips. The artist is directing and choreographing a new show premiering at the Adrienne Arsht Center this month.

Stepping away from rehearsal for a moment, Winter speaks with New Times about his latest show, Birds of Paradise, the culmination of a two-year residency with the Arsht Center.

The piece has undergone a few iterations, with the pandemic helping to shape the final version. Birds of Paradise is meant to be not only a personal reflection of the dancers involved but also a reflection of the times.

“The final piece is not about reliving memories or even about reliving personal history,” Winter explains, “but rather recognizing our active navigation of the present moment.

“We don’t need to pretend to be under stress. We don't need to pretend that trauma exists, because it all does right now. Everybody has experienced the isolation that’s so pervasive with the pandemic, and it’s something that I think affects queer people more often than not.”

At its core, Birds of Paradise is a story of rebirth. The 75-minute performance explores the idea of dance and movement with performers of all body types, identities, abilities, and, of course, experiences.

“We’ve been told that dance is only for a select few, that dancers have to look a certain way,” Winter says with passion building behind his voice. “I feel that if audiences are to find dance relevant, then I need to be making dances with real people about real stories. If you’re going to invite real audiences [to a performance], then you need to have real people on stage, and you need to be telling real stories.” 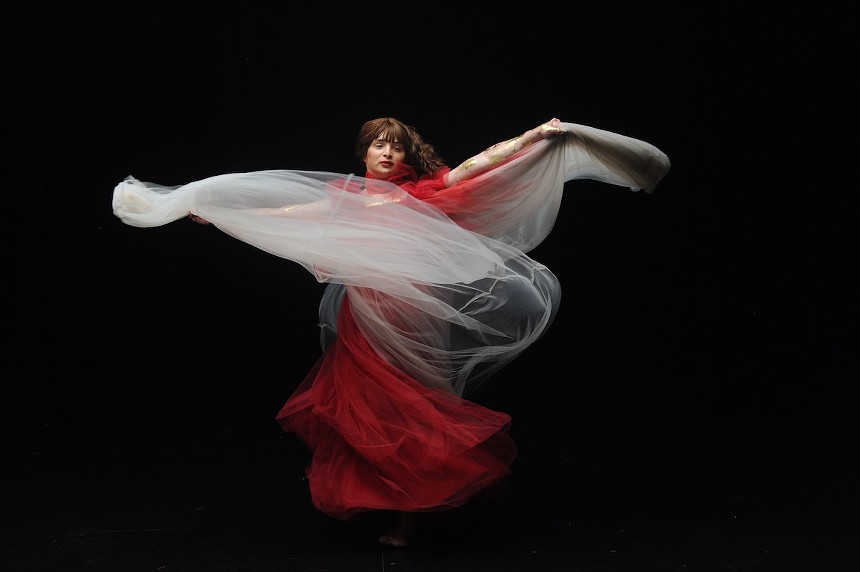 The ensemble has been rehearsing since January — a time when things were very different: Trump was still president, the COVID-19 vaccine had yet to roll out to the general public, and social distancing was still very much a thing. The situation ultimately influenced the direction of the piece.

Though he'd conceived Birds as a single, long choreographed number, Winter decided to create eight individual dances that tell eight deeply personal stories. He worked closely with the dancers, tailoring each solo to its performer’s personal journey. The dances were then turned into short films, projected in three different areas of the Arsht Center.

“Each [solo performance] was filmed using a different technique, each is being edited in its own way, and they’re all being displayed in a very unique way,” Winters says. “No two projections are the same.”

Choreographing each number came about in different ways. One solo was derived from a question, another from a poem, a third from a conversation. No matter the origin, each piece is unique to the performer and correlates to the final ensemble performance.

Birds of Paradise ends with an ensemble performance, in which every movement is an echo from one of the individual dances. 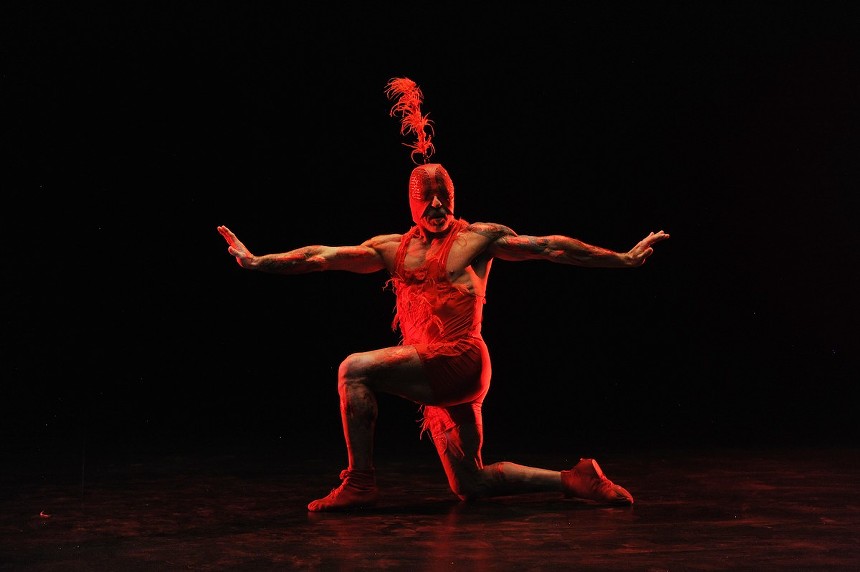 Frank Campisano in Birds of Paradise.
Photo by World Red Eye
“All the cues are me telling the [performers] whose experience they’re inhabiting,” Winter says. “And their experiences are vast, just like the birds-of-paradise.”

Despite the show’s name, there will be neither birdcalls nor feathers, the choreographer assures. The artist says he was inspired by the uniqueness among the 42 species that make up the birds-of-paradise family — and how each species is different and yet shares similarities.

Jairo Ontiveros, the Arsht Center’s vice president of education, has watched as Winter developed the piece over the past few years, and more closely over the last nine months.

“Birds of Paradise is a powerful piece that celebrates the queer community while examining the themes of agency, survival, and transformation — important, universal topics that strike a chord in all of us," Ontiveros says, adding that the shared vision — of amplifying diversity through art — is a crucial aspect of the Arsht's two-year partnership with Pioneer Winter Collective.

What's next for the choreographer?

Winter has a busy fall season ahead of him, including a guest lecture at the University of Maryland, various performances and festivals, and a few residencies. The dancer is also working on his next piece, which will explore ageism and queer themes from the 1980s.

Birds of Paradise. Thursday, September 16, through Sunday, September 19, at the Arsht Center for the Performing Arts, 1300 Biscayne Blvd., Miami; 305-949-6722; arshtcenter.org. Tickets cost $40.
KEEP MIAMI NEW TIMES FREE... Since we started Miami New Times, it has been defined as the free, independent voice of Miami, and we'd like to keep it that way. With local media under siege, it's more important than ever for us to rally support behind funding our local journalism. You can help by participating in our "I Support" program, allowing us to keep offering readers access to our incisive coverage of local news, food and culture with no paywalls.
Make a one-time donation today for as little as $1.