Helllllloooooooooo! Did you think we'd forget the girls? Courtesy of Sh*t Miami Girls Say
Podcasts are the best. They fill the most monotonous hours of the day, from driving to work to picking up groceries, with interesting material. Sometimes they're educational, sometimes they're just entertaining, but one of the things that's consistent among the best podcasts is they're hard to turn off, no matter what they're about. And though many of the best known podcasts are recorded in Los Angeles and New York, some are made right here in South Florida. Here's our list of the ten best local podcasts.

Fresh Art International offers some of the smartest takes on contemporary art around.
Courtesy of Fresh Art International
Fresh Art International. After launching her contemporary-art podcast in Brooklyn in 2011, Cathy Byrd eventually took it to Miami, where she records episodes and streams longer programs on Jolt Radio. Though Miami is home to her podcast, Byrd has traveled the world to find enthralling creatives, from architects to curators to filmmakers, to engage in conversations about their craft, meant to stoke the curiosity of any and all with an artistic bent. Visit freshartinternational.com. 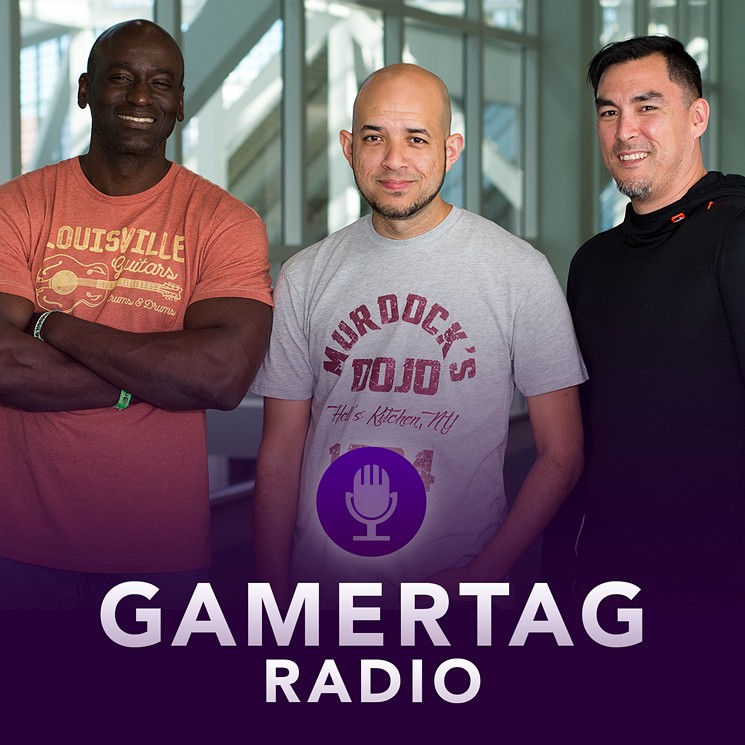 Gamertag is as good as it gets if you're looking for a way to enjoy gaming when you can't actually be gaming.
Courtesy of Gamertag
Gamertag Radio. Over the past 13 years, Gamertag Radio has been making a name for itself as one of the best gaming podcasts anywhere in the world. And if you think 13 years seems like a long time to have been in the podcasting game, you’re right. This show got its start in the earlier days of casting, before iPhones and iPads could stream episodes at any place and time, largely because the show’s founder, Danny Peña, has always had the kind of drive and curiosity to put him on the cutting edge. With almost 800 episodes and more than five million downloads of their podcast, Peña and his crew have amassed a repertoire of quality gaming content, from news and predictions to interviews and reviews, that’s just as impressive as their reputation. Visit audioboom.com/channel/gamertag-radio

The Read. Full disclosure: This podcast is not recorded it Miami. But it does follow a Miami native who moves to New York City, an exodus with which many people in South Florida are familiar. Kid Fury left the Magic City for the Big Apple and started a podcast with fellow transplant Crissle, who hails from Oklahoma, and the show gives the friends a space to figure out how to acclimate to their adopted home. They also spend time talking up and tearing down the biggest stars in pop culture, so if shade is a favorite part of your vocabulary, you need to subscribe. Visit thisistheread.com Talking shit done right.
Courtesy of We Should Make A Podcast
We Should Make a Podcast. If there's one thing Miamians love doing, it's talking shit. That's what makes podcasting a natural fit for this town: At its purest, a podcast is people sitting around a set of microphones while talking shit with one another. That’s the idea behind We Should Make a Podcast, which features Miami’s Grace Goldoni chatting with her counterpart in New York, Mark Cersosimo. They get into conversations about subjects ranging from Trump to Girl Scout cookies, and they have that essential podcasting quality of being easy to listen to. Visit weshouldmakeapodcast.com. True crime is back in style, and Sword and Scale is right at the forefront of the genre.
Courtesy of Sword and Scale
Sword and Scale. True crime is seeing a renaissance, and that fact is truer in the podcasting world than anywhere else. Since the release of Serial in 2014, there's been a renewed interest in the genre, and with that interest has come a slew of individuals creating amazing content for listeners. One of the best shows is Mike Boudet’s Sword and Scale. The show revisits a wide array of crimes, from mass murders to heists to sex crimes, and Boudet’s storytelling is captivating. If you’re a fan of true crime, do yourself a favor and subscribe to the show — you won’t regret it. Visit swordandscale.com.