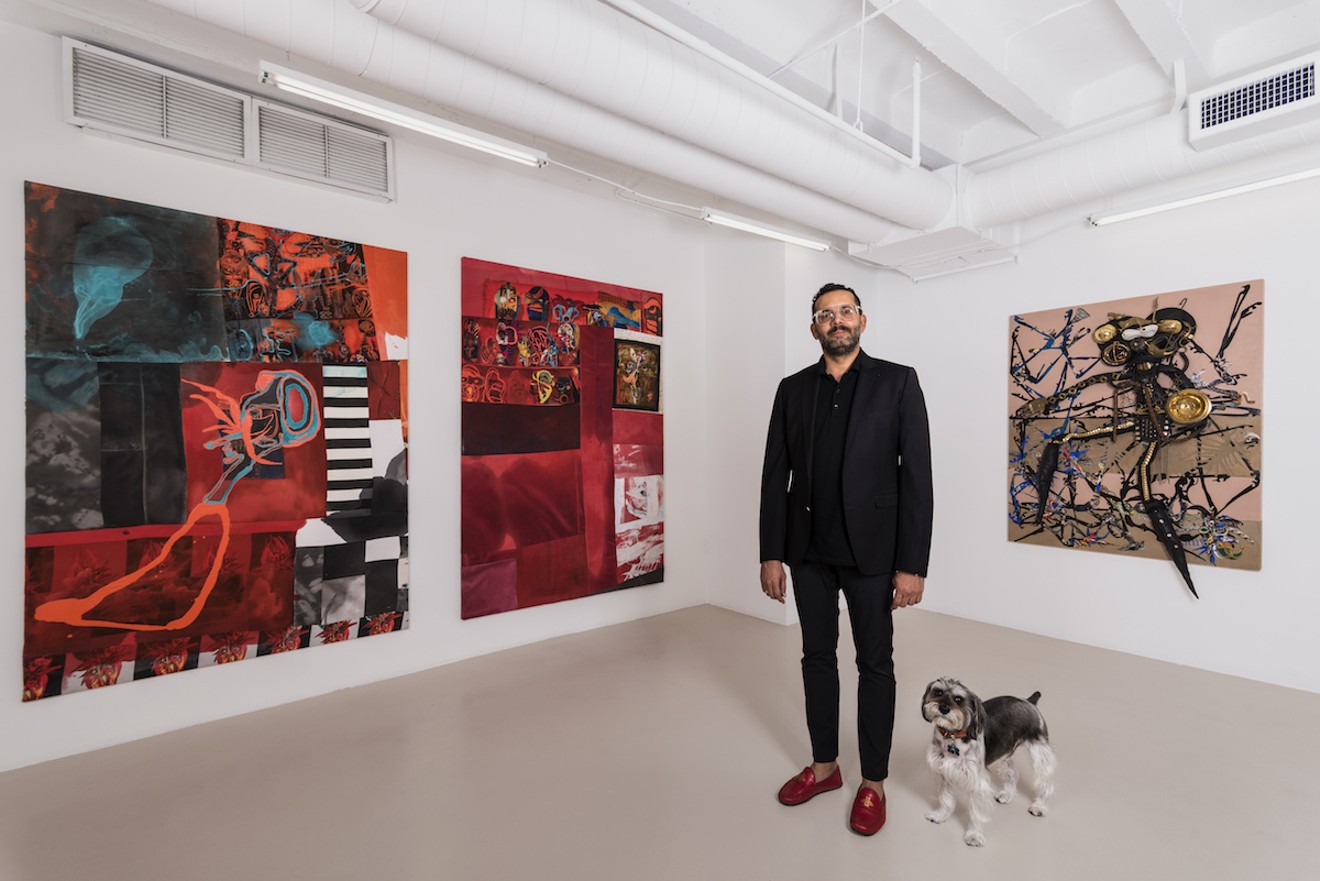 David Castillo opened his gallery in Miami in 2005. Photo courtesy of David Castillo
It's true that art is subjective and what moves one person may not thrill another. But when it comes to selecting artists and artwork, Miami's gallerists and curators know a thing or two — or three — about talent. It takes great skill to identify potential in an emerging artist or see the value in a midcareer creative. The founders and operators of the galleries listed in alphabetical order below have one thing in common: They never disappoint.

Whether you're interested in adding to or building your art collection, or perhaps you're looking to be engulfed by thought-provoking and awe-inspiring works of art — this list has got you covered. Read on to discover more about the ten best art galleries in Miami. 3408 NW Seventh Ave., Miami
305-960-7850
thebonniergallery.com
Grant Bonnier's family has been in the art business for literally hundreds of years — his lineage can be traced to 1800s Europe, where the Bonnier family is known to have debuted the works of playwright August Strindberg. In 2018, Grant and his wife, Cristina, decided to open their own gallery space in the heart of Allapattah. Already, the intimate space has featured works from renowned artists including Donald Judd, Andy Warhol, Frank Stella, and Yayoi Kusama. On view through November 20, 2021: "Open," an exhibition of works by digital artist Yucef Merhi. 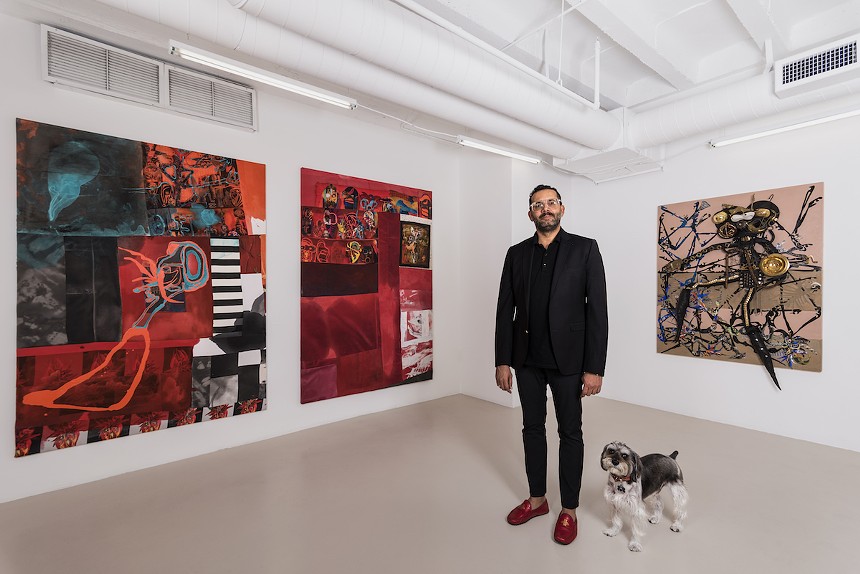 3930 NE Second Ave., Ste. 201, Miami
305-573-8110
davidcastillogallery.com
Perhaps one of the most recognizable names in the art business — locally and internationally — is David Castillo. The art historian and gallerist studied at Yale University and first opened his gallery in Miami in 2005. Although the space's physical location has moved a handful of times — it's currently in the Design District — Castillo's commitment to showcasing impeccable art has never wavered. The Cuban-American gallerist is no stranger to the immigrant tale, which might explain his penchant for showcasing artists who tell stories of identity through their work. On view through November 13 are works by artists Glexis Novoa, Emilio Martinez, and Katie Gillmore. 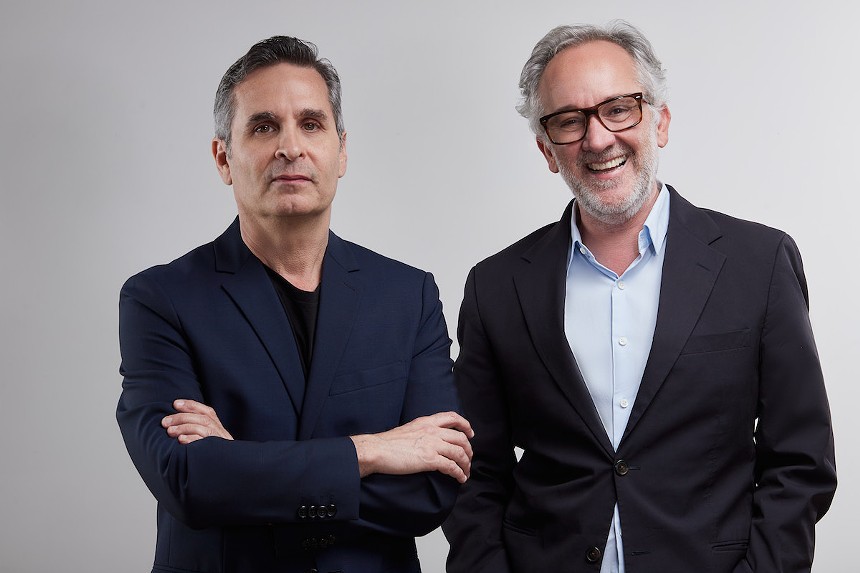 Interchangeable white walls and exposed concrete floors comprise Dot Fiftyone Gallery in Little River. Alfredo Guzman and Isaac Perelman Mizrahi founded the gallery in 2003; the partners feature predominantly Latin American artists, as well as international and local talent. The gallery has exhibited notable names such as Colombian artist Gonzalo Fuenmayor, Miami-based photographer Anastasia Samoylova, and Mexican painter Marcos Castro — and that was last year alone. On view through November 19: "Wild Altar," a solo show by Magnus Sodamin, in the Gallery I space, and "Be," an exhibition by Raquel Schwartz, in Gallery II. 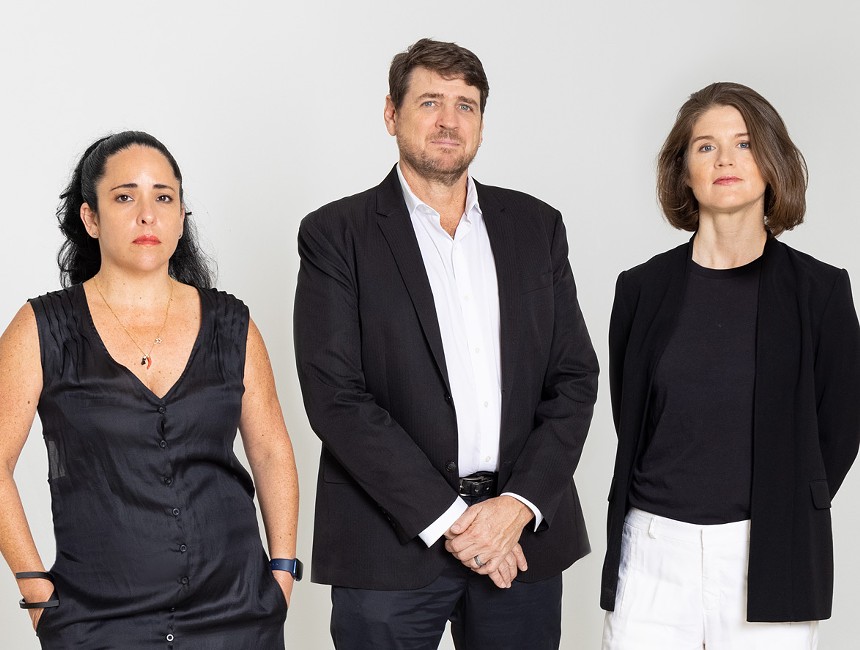 5900 NW Second Ave., Miami
305-576-1278
emersondorsch.com
Before the Wynwood Arts District became a captial-T, capital-D Tourist Destination, it was just an old warehouse district. Art galleries setting up shop in the neighborhood helped to transform the area into what it is today. One of the first galleries to turn an old warehouse space into an art exhibition space was Emerson Dorsch in 2000. Founders Brook Dorsch and Tyler Emerson-Dorsch left Wynwood in 2015 for Little Haiti, where the gallery now resides. Emerson Dorsch represents several multidisciplinary artists, including Brookhart Jonquil, Robert Thiele, and Paula Wilson. On view through October 23: Moira Holohan's "Glimpse," to be followed by a solo show by Yanira Collado, which opens November 13.

1540 NE Miami Ct., Miami
305-448-8976
snitzer.com
Fredric Snitzer is a rare breed of artist-turned-gallerist — and one who has been in the business for decades. Snitzer opened his first gallery space in Coral Gables in 1977. Since then, iterations of the Fredric Snitzer Gallery have taken root on Bird Road, in Wynwood, and, most recently, in the Arts and Entertainment District at the edge of downtown. The gallery has exhibited all sorts of works — paintings, sculptures, photography, installation — you think it, Snitzer has exhibited it. Their roster of artists is not only impressive but stunning, featuring Ridley Howard, Tomas Esson, and Elena Dorfman, to name but a few. Snitzer himself has served on the Art Basel Miami Beach committee's board since the art fair's first local foray in 2002.

A husband-wife duo running a gallery is not uncommon in the art realm. Enter life partners Sergio Cernuda and Luisa Lignarolo, founders and gallerists of LnS Gallery at the edge of Coconut Grove. After working in the industry separately for over 15 years, the pair decided to open their own gallery space together in 2017. Last month, LnS opened a second space in Coral Gables, not far from its main Coconut Grove location, called LnS Modern. Whereas LnS Gallery focuses on contemporary artists, the smaller, more boutique LnS Modern will showcase works from artists from previous eras. LnS Gallery aims to highlight local Miami artists' works and represents a roster of creatives, including John William Bailly, William Osorio, and Arturo Rodriguez. On view through November 6: "A Series of Unconnected Thoughts," an exhibition of works by Gustavo Acosta. 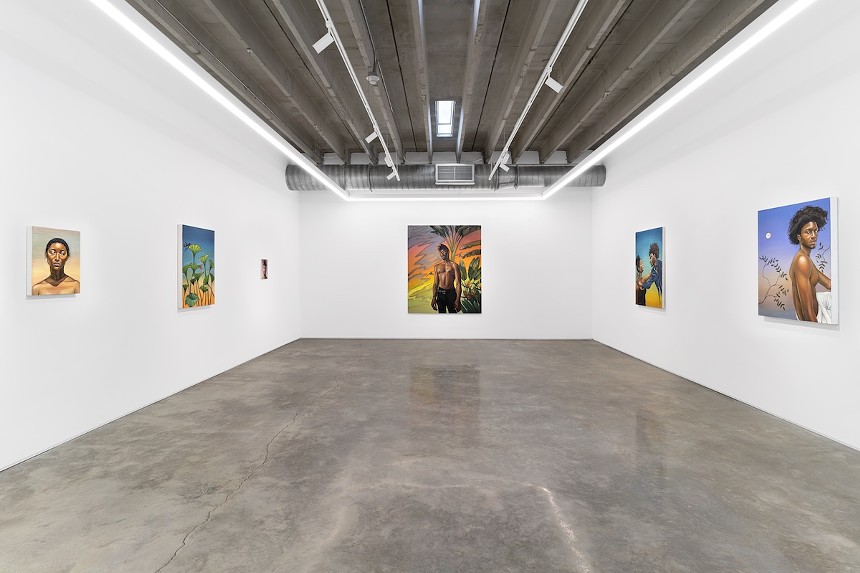 Mindy Solomon loves art. As in, really loves it. The founder and owner of Mindy Solomon Gallery has been collecting art practically her entire life. Her home is filled with unique artworks, paintings, and sculptures on every table, wall, and in every nook, cranny, and corner. A practicing artist, educator, and arts advocate herself, Solomon opened her gallery in 2009. Now located in Allapattah, Mindy Solomon Gallery represents and showcases works by emerging and mid-career artists. Here you can expect to find pieces that range from pottery to painting to sculptures. Opening October 23: two separate exhibitions, both on view through November 25, by artists Virginia Leonard ("Golden Legs and Other Bits") and Anthony Sonnenberg ("I'm Gonna Dance the Way I Feel"). 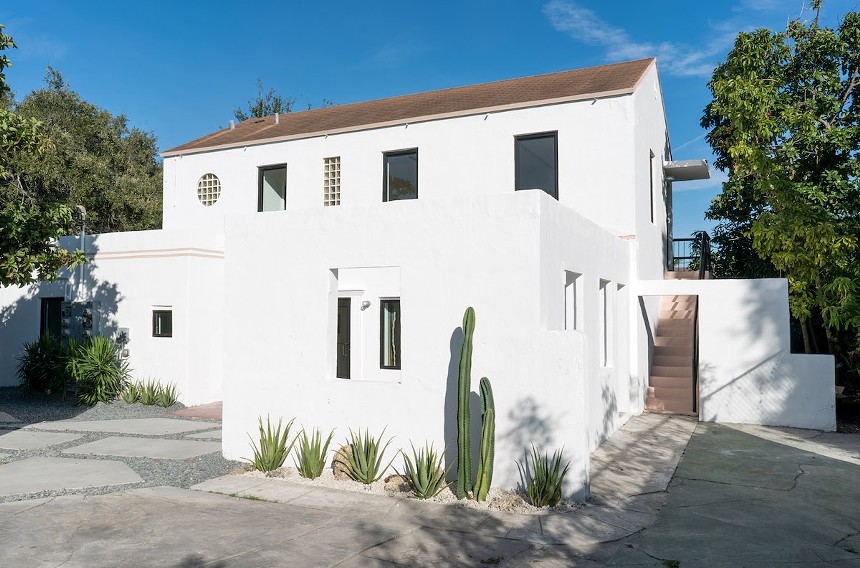 Nina Johnson — the person and the gallery — has been defining Miami's art scene for decades. Owned and operated by Nina Johnson-Milewski, the gallery was established in 2007 and has since become a staple in the art community. In 2018, Nina Johnson moved to a new four-building compound in Little Haiti. The bigger space allows the gallery to exhibit more work, often housing multiple shows at once. Johnson-Milewski represents a bevy of artists from all over, including this year's New Times "Best Visual Artist" honoree Emmett Moore. One of the gallery's recent exhibitions featured the works of Miami native and Southern California resident Bhakti Baxter. Opening simultaneously in October: "Precarious Arrangements" by Brianne Garcia and "I don't ever want it to be a lost art" by Marlene Bennett Jones.

7410 NW Miami Ct., Miami
954-296-1675
thisisprimary.com
Primary Projects (stylized Primary.) was born in the early aughts as a collective that would gather local talent to paint murals in the then-burgeoning neighborhood known as Wynwood. Throughout the years, Primary has occupied many locations, but the gallery now has a permanent home in Little River, not far from the train tracks. From the outside, the plain white exterior leaves plenty to the imagination. The interior, however, with exposed concrete paired with fresh white walls and wooden beams overhead, make the space an ideal setting for all sorts of magical and memorable artworks. Founded in 2007 by three friends, artist Michael Gran (who goes by the street name Typoe), Books Bischoff, and Cristina Gonzalez, Primary has exhibited works by national and international artists. Opening this month: a solo show by Typoe — a first for the artist in a handful of years. 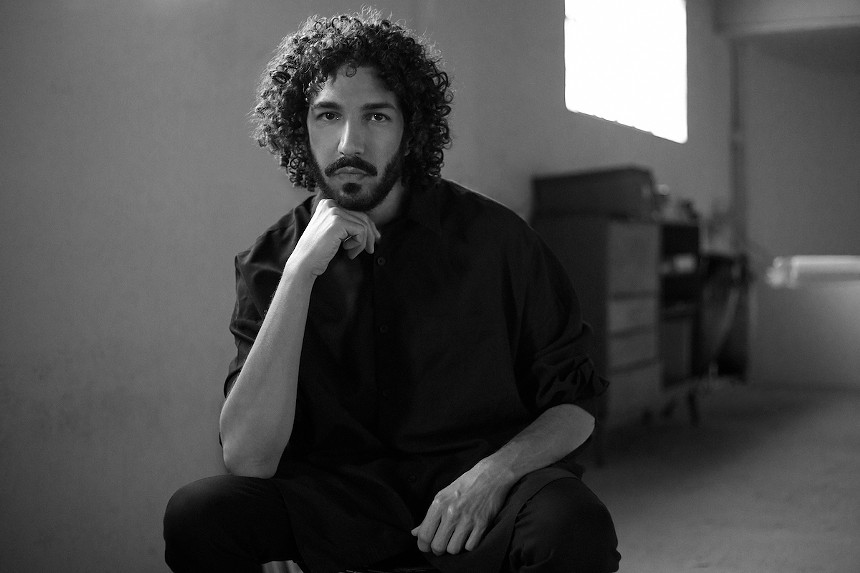 2930 NW Seventh Ave., Miami
646-780-9265
spinelloprojects.com
Anthony Spinello has a knack for spotting talent. The young gallery owner has been representing artists for nearly two decades and runs the successful Spinello Projects, formerly Spinello Gallery. The first iteration of the gallery opened in 2005 when Spinello was a mere lad of 22. In the years that followed, the curator and art dealer would locate hs gallery in different spaces in Wynwood, the Design District, and the Upper Eastside before landing in its current Allapattah spot. Despite moving around the city, Spinello has always remained true to his mission of representing a diverse collection of artists that includes men, women, POC, and queer artists. Spinello Projects' current exhibition, "As Flesh to Land" by Mexican-American and Miami-based artist Mateo Nava, is on view through November 6.
KEEP MIAMI NEW TIMES FREE... Since we started Miami New Times, it has been defined as the free, independent voice of Miami, and we'd like to keep it that way. With local media under siege, it's more important than ever for us to rally support behind funding our local journalism. You can help by participating in our "I Support" program, allowing us to keep offering readers access to our incisive coverage of local news, food and culture with no paywalls.
Make a one-time donation today for as little as $1.