Kyle Holbrook finished the artwork Monday, only a week after Floyd died after a Minneapolis police officer wedged his knee into the back of the unarmed 46-year-old's neck, setting off ongoing protests nationwide.

The officer, Derek Chauvin, has been charged with second-degree murder. Three fellow officers who were present were charged with aiding and abetting murder. All have been fired from the Minneapolis Police Department.

"Black men and women are getting killed. This is systematic racism," Holbrook says. "If you are a person of color in America, life is going to be different."


Holbrook grew up in Wilkinsburg, "the hood of Pittsburgh," the son of a white father and a black mother.

"My father could never fully understand. Although I had a white father, I knew I was a black man all my life," he says. "I could feel it walking into a store or walking down the street. It was in every part of life."

Holbrook says he has lost family members and friends to police violence and is a survivor himself. As a college student visiting Cleveland, he says, he was assaulted by officers there.

"I still have scars on my back from the occurrence 20 years ago. While I had my handcuffs on, an officer was kicking me in the back and hitting me with billy clubs and trying to gouge my eyes out," he tells New Times. "I wouldn't be an artist today if they succeeded. This is a story I haven't told much because it's still emotional to me."

A visitor paints a positive message on Kyle Holbrook's mural in Overtown.
Photo by Kyle Holbrook
With 22 years of experience, Holbrook has completed murals in 43 countries. In 2002, the artist and activist started Moving the Lives of Kids Community Mural Project (MLK Mural), a nonprofit that focuses on the arts, youth development, and education. Through grants, he has been able to reach almost 1,000 children to provide opportunities to participate in the beautification of their neighborhoods.

In 2018, Holbrook partnered with Miami Police Cmdr. Keandra Simmons to paint a mural at the police substation in Liberty City with the help of officers and neighborhood children. He says it's important for police to be familiar with the people who live in the communities they serve, citing the death of Antwon Rose, a black 17-year-old who was fatally shot in East Pittsburgh two years ago.

"I think having a relationship with officers and kids doing something together is productive, because you can't shoot a kid in the back if you know them," Holbrook says.


The newly painted Overtown memorial aims to condemn police brutality, honor the most recent victims, and remind Miamians that Floyd's death is the very issue to which Kaepernick attempted to draw attention when, as a quarterback for the San Francisco 49ers in 2016, he began kneeling as the national anthem was played before NFL games.

"Hopefully one thing good that comes out of this is sustained awareness for Americans. This is something that keeps getting swept under the rug," Holbrook says. "Colin Kaepernick is on the mural because he protested four years ago and is now blackballed from returning to the NFL."

Although the artist has completed his part, the mural remains a work in progress. Calls for peace and love sprawl across the 20-foot painted wall, and Holbrook welcomes the community to leave positive messages for victims of police violence. More than 100 people have already contributed to the tribute.

"They all shared love and many wrote messages," Holbrook says. "I don't want it to invoke violence or 'kill the police.' I want the mural to be about the issue of police brutality, training officers, and spreading the positive message that black lives matter."
KEEP MIAMI NEW TIMES FREE... Since we started Miami New Times, it has been defined as the free, independent voice of Miami, and we'd like to keep it that way. With local media under siege, it's more important than ever for us to rally support behind funding our local journalism. You can help by participating in our "I Support" program, allowing us to keep offering readers access to our incisive coverage of local news, food and culture with no paywalls.
Make a one-time donation today for as little as $1. 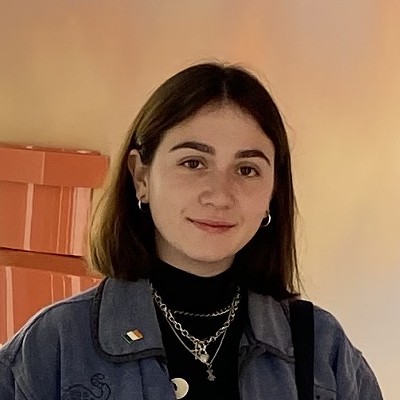