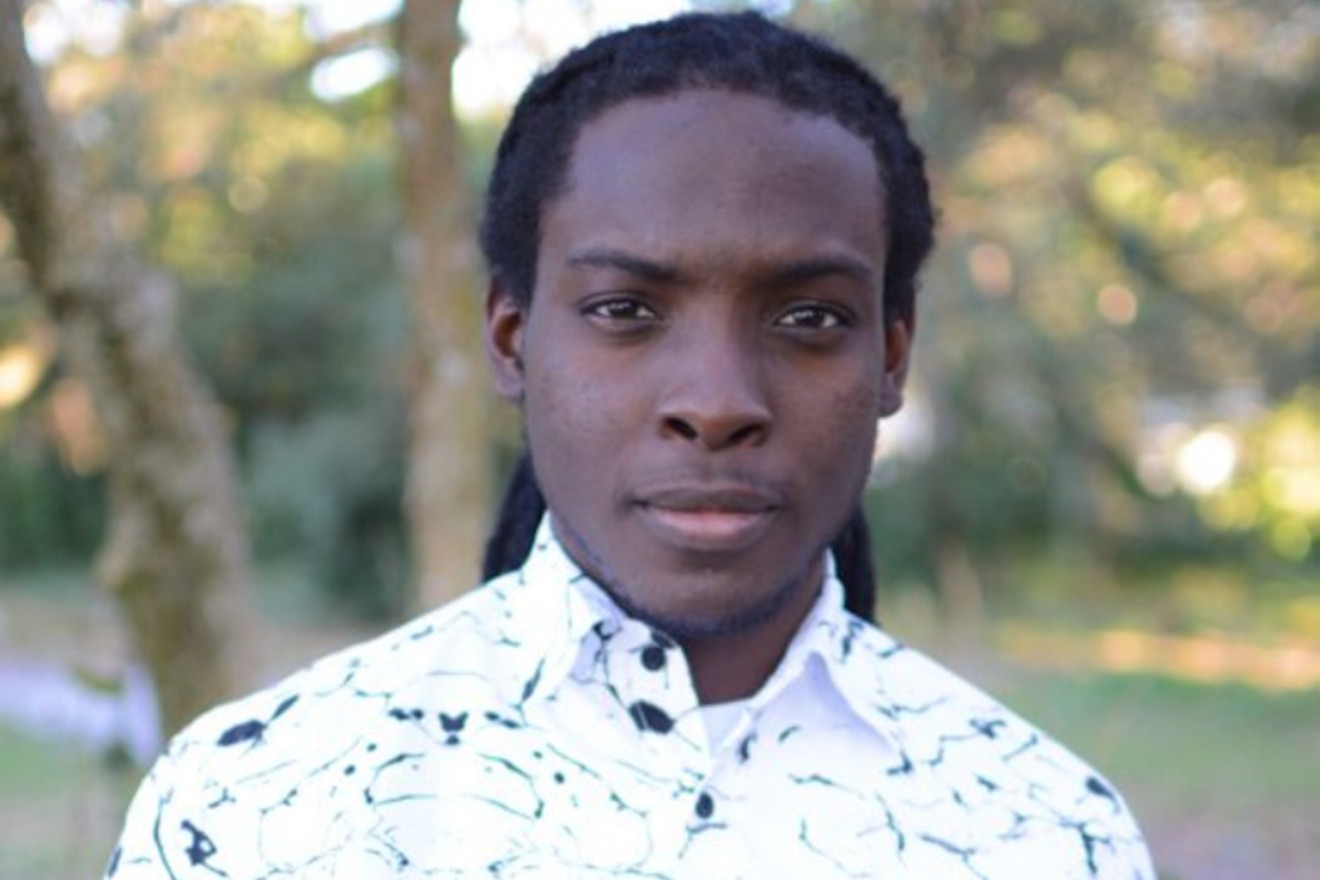 Those eight words uttered by La La Land producer Jordan Horowitz sent the internet — and much of the media-consuming world — into a tizzy. A nation watched in disbelief as the Moonlight team cautiously took the stage at the Academy Awards. But Patrick Decile, the 20-year-old Miami native who played Terrel, the film’s brutal antagonist, was not among them. He was watching live on his laptop from Los Angeles International Airport.

It’s a long story. He flew out to L.A. for the Independent Spirit Awards, where he and the rest of the cast received the Robert Altman Award. He was supposed to leave Sunday morning before the Oscars. But he accidentally overslept. So they got him a later flight, which meant he would have time to go to the Oscars after all. Good news, right?

“I kind of didn’t want to go,” he says slowly, knowing how strange that might sound to someone who watched the whole thing from a very unglamorous sofa in Fort Lauderdale.

It’s a tough concept for a regular person to grasp. What average joe wouldn't jump at the chance to rub elbows with Ryan Gosling? How many people would have killed for the chance to witness the great flub of 2017 live? There was probably a 17 percent chance to get a high-five from Denzel Washington, for Pete’s sake!

But doesn’t he regret missing it? “Not really, to be honest... I just felt like it was not my time yet.”

He admits this has all taken some serious getting used to. This was Decile’s very first professional acting gig, and he’s still iffy on whether he did a good job in the film even though he’s received no shortage of praise for his portrayal of the predatory bully Terrel. Is he uncomfortable when he watches himself onscreen? “Not really,” he says, “but my heart kind of feels weird, and my hands are cold, my feet are cold. It’s weird.” Informed that those are, unfortunately, the exact symptoms of being uncomfortable, he laughs.

But because he feels weird saying it, let these words say it for him: Decile’s performance was wonderful, and he brought to it an authenticity instantly recognizable to anyone who’s ever stepped foot in a South Florida public school.

Needless to say, Decile is no bully in real life. He actually had trouble saying his lines at first. “[My character] said really mean stuff, you know?” Decile says, sitting outside a Fort Lauderdale Starbucks. He speaks thoughtfully, delicately choosing his words and being extra-careful not to say anything that might imply he takes credit for Moonlight’s success.

Born in Miami Gardens, Decile spent much of his childhood moving around Florida with his mom, little brother, and little sister. His father was not in the picture. Decile finally settled back in Miami, where he attended North Miami Senior High. It was an adjustment, for sure. “I was used to a different curriculum with different kinds of students — students who wouldn’t fight every day,” he laughs. But in the end, those experiences helped him eventually fill the character of Terrel. He knew no shortage of bullies and, at times, received their ire himself.

Decile’s first experience with acting came his sophomore year in high school when a teacher persuaded him to join the drama program. A year earlier, he had found poetry, which continues to be his passion today. During his freshman year of college, Decile walked into his seemingly regular drama class at Florida Memorial University. The teacher informed the class there would be a couple of guests that day. One of them was Moonlight director Barry Jenkins. “The class kind of unknowingly auditioned for Moonlight,” Decile says. He was the only one in the class to receive a call back.

But now the dust has cleared and, in addition to the usual angst and uncertainty that comes with being 20 years old, Decile is faced with a number of paths to pursue. He has no shortage of options. He’d love to continue acting but is still searching for proper representation. He loves poetry and always will. He’s taking classes at Broward College (he just finished algebra at the time of this interview). And he also does music — really well, actually.
Decile raps and sings as the musical persona Pat Pandoe. His SoundCloud page is rich with tracks that show real promise. One of his compositions, “Youth” — an airy, synth-filled track about being young in Miami — has garnered around 10,000 listens. His other songs range from the introspective to the celebratory, all brought to life by Decile’s plush voice, which skillfully transitions from rapping to singing à la Chance the Rapper.

He’ll get an opportunity to perform some of those songs April 2 during Bayside Marketplace’s Locales Festival. And after that, who knows? Despite his overwhelming humility, Decile acknowledges the past year has been unforgettably incredible. “I feel like I got to be part of a mission that was greater than myself, and I got to make an impact on a lot of people.” Sensing he might be taking a hint of well-deserved credit, he backpedals. “By me, I meant the film.”