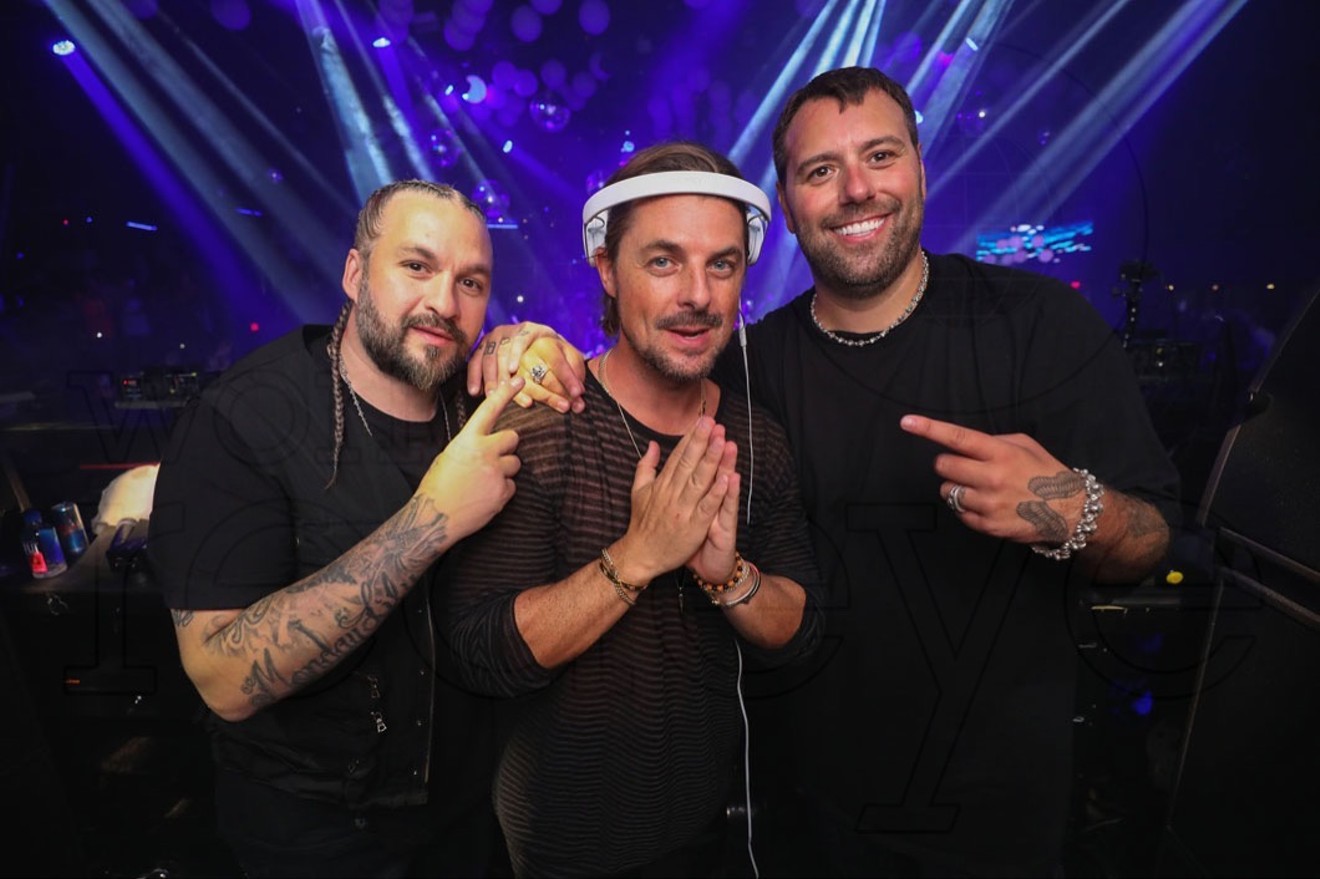 Swedish House Mafia World Red Eye
It's not easy having eyes all over the scene, being around to take in all the wild visuals at all the worthwhile places in the city. There are, however, those parties and gallery openings where a fortunate photographer can point and shoot. Every week, in collaboration with World Red Eye, New Times brings you a solid recap of all the recent experiences you might've missed around Miami. It's impossible to be everywhere, but, hey, we can try to keep our Eyes on Miami. 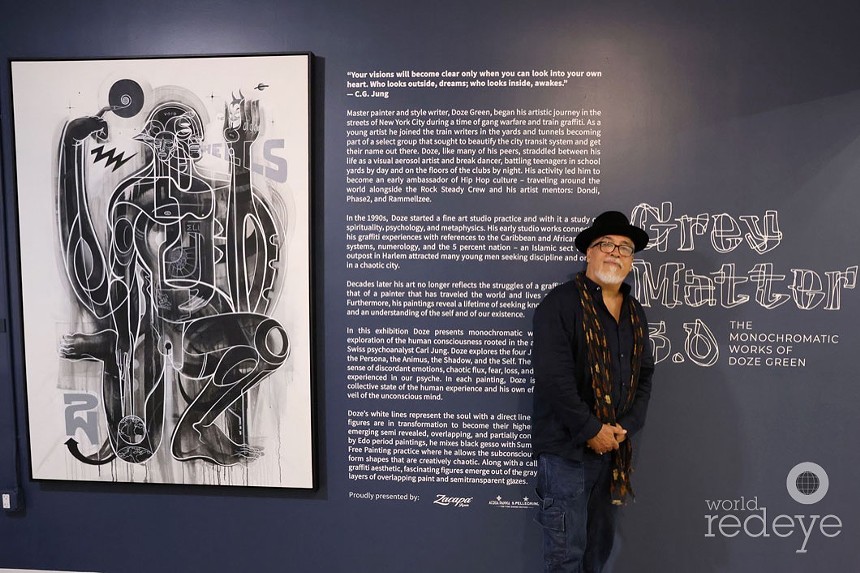 Museum of Graffiti members and guests came together for the opening of the Museum’s latest exhibition, "Gray Matter 3.0: The Monochromatic Works of Doze Green." The evening was filled with a talk from the artist, a signing, and a release of limited-edition merchandise. 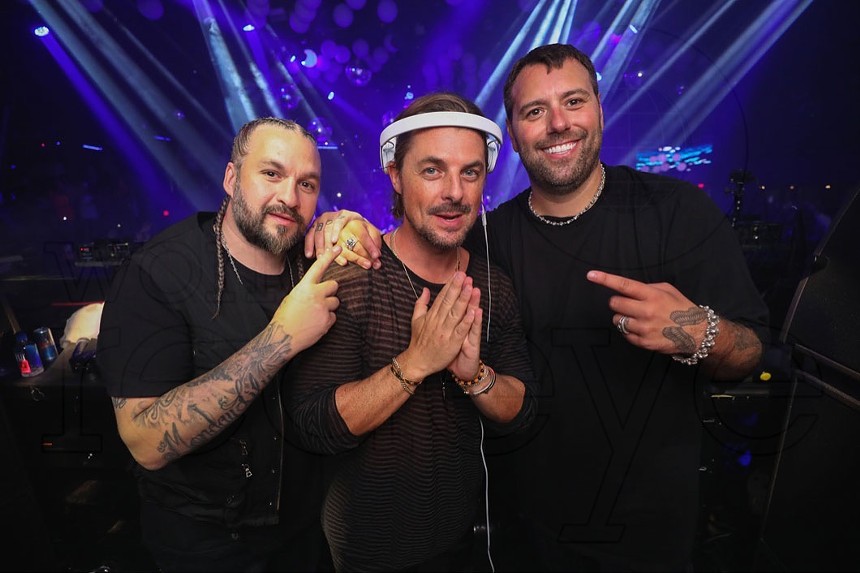 Swedish House Mafia was welcomed with open arms after their concert, where they took over the decks for their first performance at Story, where the lights were shining, and the vibes were at an all-time high as partygoers danced the night away. 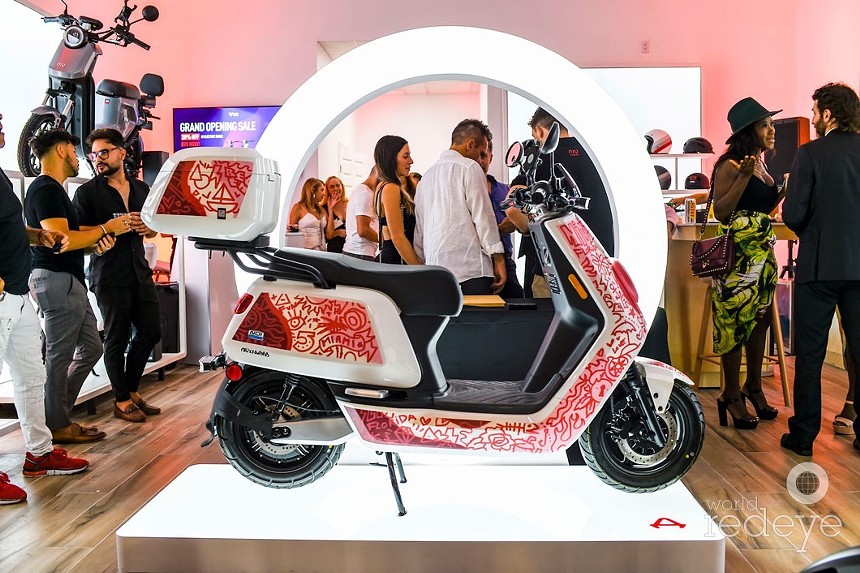 Niu Florida, one of the world’s leaders in electric vehicles designed for urban mobility, celebrated its new flagship store in Brickell. 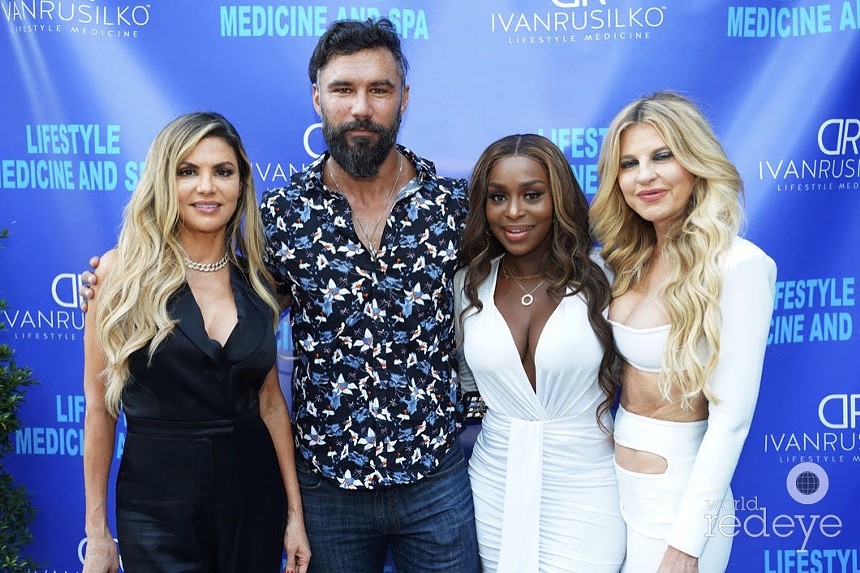 Health and wellness are at the forefront of everyone’s life and essential for overall wellbeing. Lifestyle Medicine and Spa held its grand opening on Saturday, July 30. The event was hosted by Adriana de Moura of Housewives of Miami and Miss Quad of Married to Medicine.

Jamie Foxx took over the stage at LIV, where Tank joined him, and they had an unforgettable performance. French Montana and Tee Grizzley were seen hanging in VIP as partygoers danced the night away at Miami’s hottest club for an epic Sunday Funday.

Jake Paul made a celebrity appearance at Swan’s famous Mon Cheri Mondays. He ordered endless bottle parades and headed up to the trendy upstairs lounge, as partygoers were dancing the night away and partying with their favorite boxer.

Kiki on the River was in full blast on Sunday as guests wore their captain's hats and partied all evening! Endless bottle parades filled the restaurant as partygoers danced the night away like the weekend never had to end.

It was a night to remember at Mayami, a Tulum-inspired paradise, where partygoers dined and danced the night away, ordering endless bottle parades and enjoying the impeccable vibes.

It was nothing but good vibes and sick music at Boho House, where guests had a night filled with handcrafted cocktails, small bites, and mingling in the enchanting outdoor courtyard.

Haus of Hyde at Hyde Beach

The neon lights were shining on the crowd at Hyde Beach, where guests were dancing and mingling as they enjoyed fire beats and live entertainment all night long!

It was a fun-filled night at Villa Azur’s Thursday dinner party, where DJ Stephan M took over the decks and kept the vibes high for partygoers to begin the weekend early with a bang.

Partygoers headed to Bottled Blonde on Friday, where the bottle parades are famous, and the vibes are always high. DJ Zillamatic had the crowd going wild as they danced the night away until the early morning.

The Macallan Dinner and Tasting Experience at Leku

On Wednesday, July 27, the Macallan celebrated its partnership with the Rubell Museum with an intimate in-museum dining experience for 23 guests, hosted by national brand ambassador Katie Nahat.
KEEP MIAMI NEW TIMES FREE... Since we started Miami New Times, it has been defined as the free, independent voice of Miami, and we'd like to keep it that way. With local media under siege, it's more important than ever for us to rally support behind funding our local journalism. You can help by participating in our "I Support" program, allowing us to keep offering readers access to our incisive coverage of local news, food and culture with no paywalls.
Make a one-time donation today for as little as $1.