Five Miami Artists to Watch in 2019 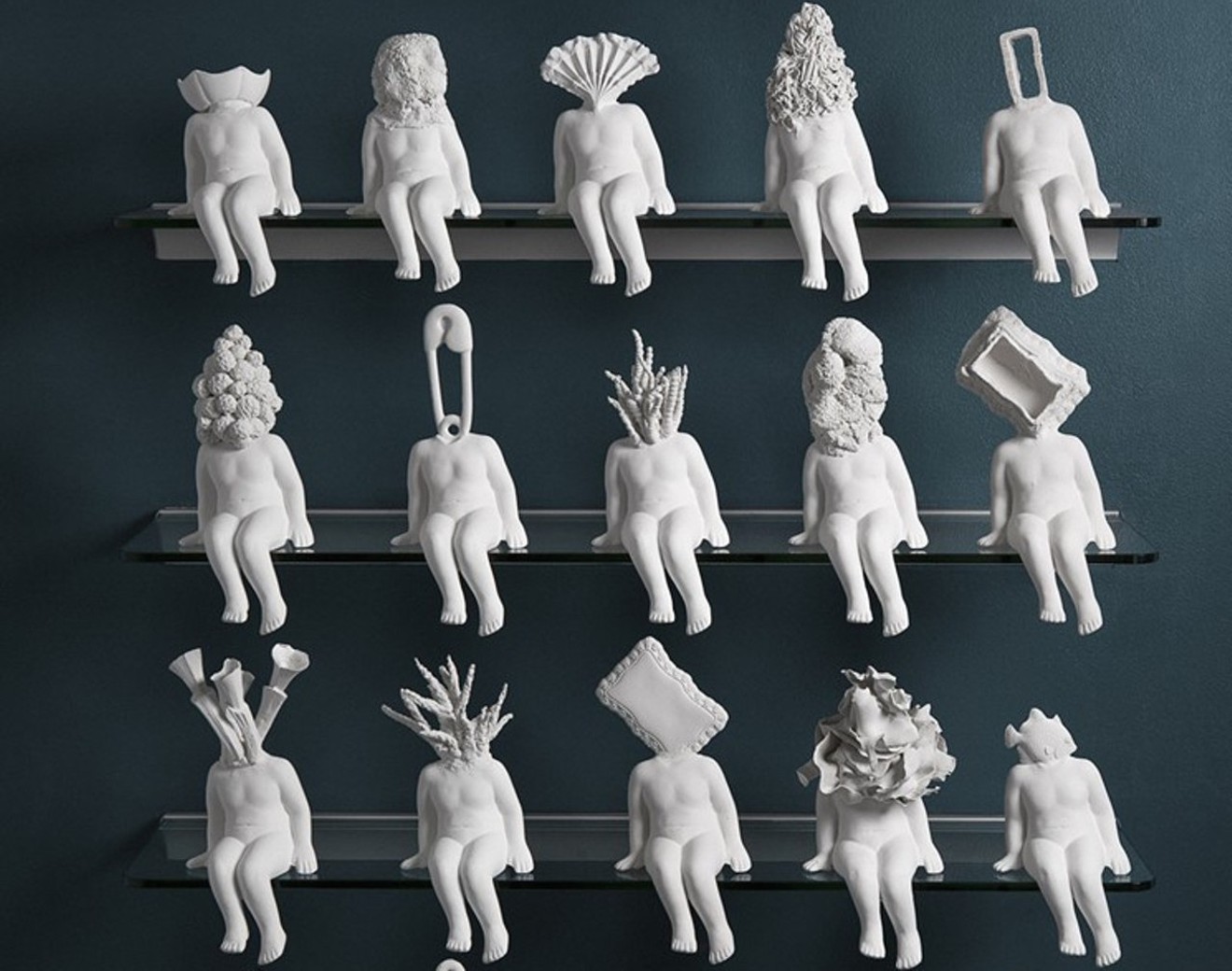 Ceramic works by Miami artist Morel Doucet. courtesy of Morel Doucet
In 2018 we saw Miami get more crowded, more expensive, and more dedicated to massive projects like David Beckham’s soccer stadium and the American Dream Miami mega-mall. But as our economy and population seem to build beyond our physical limits, our art and culture have increasingly turned inward. For the year ahead, we can expect to see local artists presenting more work focused on the specific stories and landscapes of our city, whether they be physical or metaphysical. Here are five artists you should keep an eye out for in 2019.

Morel Doucet. While this Haitian-born, Miami-raised artist has most recently shown work in ceramics, Morel Doucet’s upcoming project, “New Kin, Black Kin” incorporates the flora of neighborhoods like Liberty City, Allapattah, Little Haiti, and Overtown into charcoal drawings of black portraiture. Doucet has explained that using materials like leaves, bark, and coral – whether molded in clay or pressed and affixed to paper – grounds him in his ancestral roots and ethnic identity. “New Kin, Black Kin” is more specifically an exploration of how this identity connects the artist to the land that, through climate gentrification and racial violence, could eventually witness the erasure of black bodies. The portraits themselves are soft and embracing of their subjects, transforming the landscape from something dangerous and rejecting into a witness to beauty. He’ll be showing the work at the African Heritage Cultural Arts Center in the spring of 2019.

Paloma Izquierdo. A National YoungArts alum and native of Havana, Cuba, Paloma Izquierdo creates work that explores the intersections of culture. On the surface, her sculptures and installations seem like bizarre robotic exercises in human idiosyncrasies. In Unas , a pillar is surrounded by brightly colored acrylic nails that intermittently tap on its surface by way of a motor. Maracas Automaticas works in a similar way, with a small motorized oscillator creating a static shake. The sculptures would seem almost absurd if not for a sort of sadness. For Izquierdo, the mechanic replication of ethnic movements and rhythms are a means of preserving cultural representations and practices, as transculturation typically results in the erasure of marginalized cultures.

Jamilah Sabur, a derivation
courtesy of ArtCenter South Florida
Jamilah Sabur. Somewhere between dream and reality is where you’ll find Jamilah Sabur’s work. Often rooted in physical realities like tectonic plates and architecture, Sabur explores borders, personal iconography, and the role of memory in place in a way that feels fluid and, at times, almost formless. Much of her most recent work focuses on the rhombus, a vestige of her mother’s home in Jamaica as well as a tool for Sabur to explore the relationship of identity and boundaries. Whether she’s engaging in performative work, text art, or installation, Sabur’s work can seem deceptively simple until you settle into its complexity and layers. Her closest upcoming show will be in L.A. at the Hammer Museum, but because she is a resident at ArtCenter South Florida, you can always see her work in development.

Terence Price. The first and only South Florida-born artist on this list loses nothing in terms of significance and impact by being from around here. Terence Price’s work in both video and photography touches on a range of subjects from black masculinity to biking culture to a family coping with gentrification. But he got his start documenting his surroundings in Carol City and Miramar High School. His photographs take the tradition of street photography and run with it, while his short videos seem to linger dreamily frame by frame. Oftentimes coupled with heavily meditative poetry, Price's images address issues of gun violence and gentrification without sacrificing the intimacy of chronicling his own family and community. Price’s first-ever solo exhibition will open at ArtCenter South Florida on January 16.

courtesy of Johanne Rahaman
Johanne Rahaman. A fellow documentary photographer, Johanne Rahaman’s scope goes beyond Miami into the rest of Florida, as well as her native Trinidad. Her “water RIGHTS” show, which centered around the history of the denial of black people's access to water, recently won her an Ellie award. It was born out of her attraction to Miami Urban Beach Week, which brought back fond memories of Caribbean Carnival. Rahaman’s most enduring work, however, is her Black Florida project. For several years now, Rahaman has traveled across the state to neighborhoods and towns that are historically black, from Liberty City and West Palm Beach to Eatonville and Palatka. While her portraits are often joyful and warm, the most poignant and unique feature of her work is her storytelling, which blends history and context with humanity and depth.
KEEP MIAMI NEW TIMES FREE... Since we started Miami New Times, it has been defined as the free, independent voice of Miami, and we'd like to keep it that way. With local media under siege, it's more important than ever for us to rally support behind funding our local journalism. You can help by participating in our "I Support" program, allowing us to keep offering readers access to our incisive coverage of local news, food and culture with no paywalls.
Make a one-time donation today for as little as $1.
Taylor Estape
Follow:
Twitter: @taylors_poetry