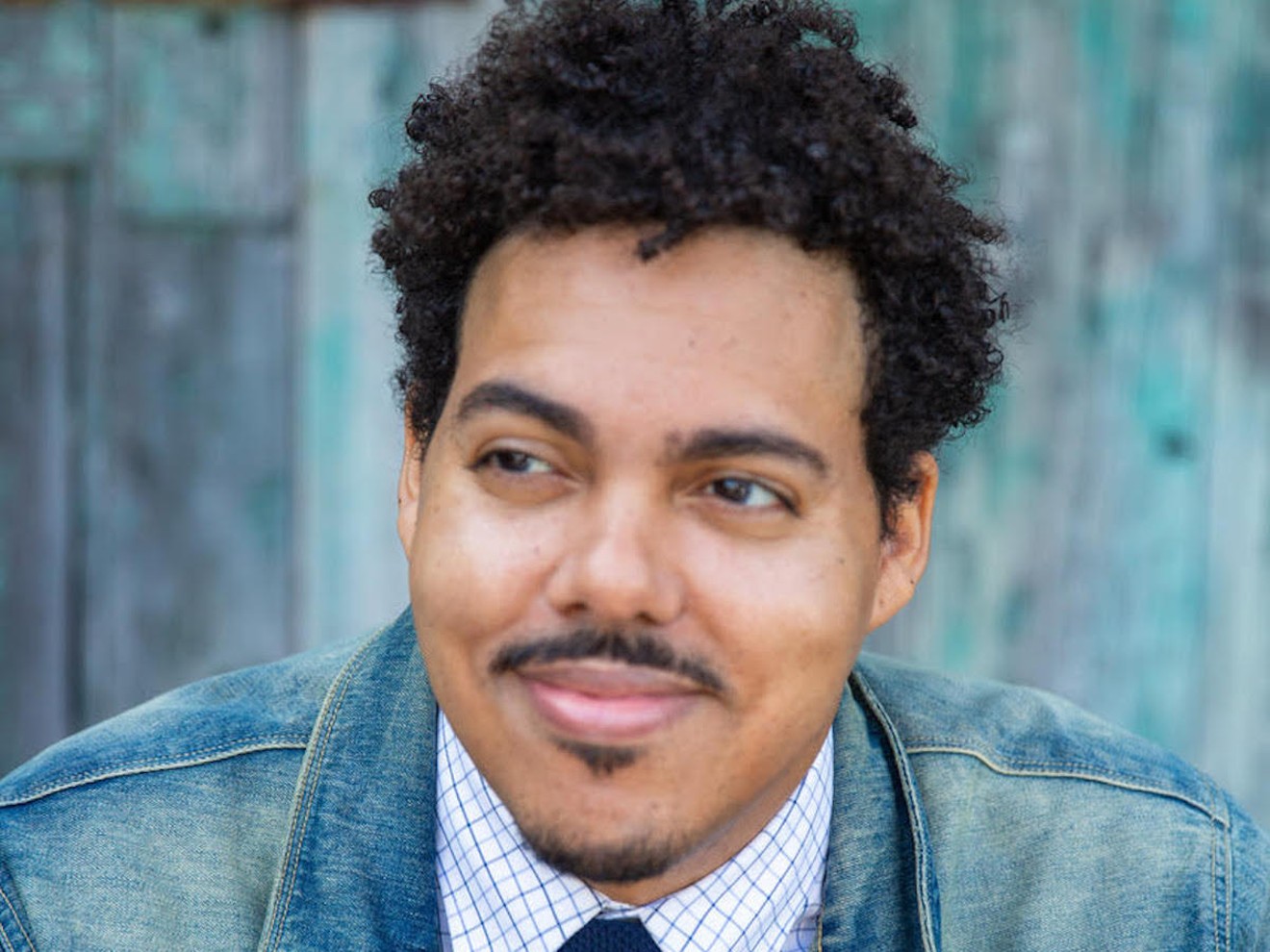 Jonathan Escoffery Photo by Cola Greenhill-Casados
Late-stage capitalism has been particularly nasty to literature in the U.S. this year. Book bans notched an all-time high. Salman Rushdie added "first writer assaulted at a book talk" to his résumé. But along comes new author Jonathan Escoffery, a Miamian who's old enough to have seen it all but young enough not to care.

Escoffery just turned his own real-life Bullshit Jobs into entertaining literary inspiration. And he swears that his debut, If I Survive You, isn't political — despite the fact the characters in his loosely connected short stories deal with their fair share of racial and economic wow-fulness. If by chance you're of the same school of thought as comedian Sheng Wang (i.e., you're not about to read the 50 books the lists tell you to this season) or a fan of comedian Mo Amer's new Netflix dramedy, Mo (with its heartfelt attention to comically disturbing detail), then you'll love this book.

As he describes it to New Times over Zoom, If I Survive You chronicles the "misadventures" of a few good Jamaicans and their progeny in Miami. And Escoffery knows of what he writes: A product of G. Holmes Braddock High and Florida International University, he was reared in the 305 by Jamaican parents. Infused by the substance of the author's life as a local and the style of his Midwest MFA chops and current California writing fellowship, plenty of literary buzz preceded this major engager.

The book mainly follows its main character, Trelawny, as he tries to make sense of life in Miami with his brother Delano, their parents and cousin, and all the people who pop into his life as he explores his own identity and the world he inhabits.

From Happy — a "cocaine cowboy" kind of character, as Escoffery describes him to me — to 1992's Hurricane Andrew to the 2008 Great Recession's devastation of expectations to what feels like a satirical-if-it-weren't-so-timely exposé of housing-crisis sadism inflicted on Miamians, Escoffery doesn't shy away from the tough stuff. But he does it in a way that's so thoughtful, so vulnerable, so hilarious, so authentic, and with every word so perfectly placed to cleverly build suspense and intrigue and to matter, that you'll finish it within a satisfying few sittings.

The critical self-examination his characters undergo are unsparingly judgmental, as when Trelawny takes a trip and chalks up skipping a sex show less to morality than to a lack of courage. Family, friends, and business partners are similarly unforgiving of their own assorted financial schemes, be they ragtag landscaping or subsidized housing, with sharkery lurking in the shadows. From taking on the repo man who impounded their tree-removal vehicle to responding to Craigslist kink ads, If I Survive You's common thread, as Escoffery explains, is the "wayward adventures that make the what could've been a reality." Trelawny "really wants to be loved, hasn't felt it from his family, and not elsewhere" either, he adds.

"It's about capturing the way people really speak and think, including divergent views and experiences. And for me, that's families building out to cities like Miami and beyond," Escoffery says about the motivation behind the stories. Whether via patois portions that loop in the forebears, a pharmacy clerk who unloads a dagger of Spanish, or Trelawny's dad's warning of "bad neighborhoods" and Trelawny philosophically objecting to any such thing, Escoffery manifests his motivation and then some in If I Survive You.

An Evening with Jonathan Escoffery in conversation with John Dufresne. 7 p.m. Monday, September 19, at Books & Books, 265 Aragon Ave., Coral Gables; 305-442-4408; booksandbooks.com. Admission is free with RSVP via eventbrite.com.
KEEP MIAMI NEW TIMES FREE... Since we started Miami New Times, it has been defined as the free, independent voice of Miami, and we'd like to keep it that way. With local media under siege, it's more important than ever for us to rally support behind funding our local journalism. You can help by participating in our "I Support" program, allowing us to keep offering readers access to our incisive coverage of local news, food and culture with no paywalls.
Make a one-time donation today for as little as $1.