Another immersive art experience? "Womanish" joined the ever-expanding list of immersive experiences in Miami back in June. What sets this show apart is that celebrates all womxn. It's a culturally inclusive and self-identified "safe space" that aims to create a creative environment that challenges "single-definition stereotypes." So snap a few selfies while redefining social constructs before it closes on Sunday. On view through Sunday, at 317 NW 28th St., Miami; wearewomanish.com. Tickets cost $35. Ashley-Anna Aboreden

An evening of art, happy-hour deals, and jazz? Sounds too good to be true, but it is true. Summer Sounds at Pérez Art Museum Miami invites visitors for an after-hours experience at the waterfront building. Thursday, the Ben Beal Trio — Nestor De-Prado on bass, Chiang Liang on percussion, and Ben Beal on keys — will take the outdoor stage on the terrace. Against the backdrop of Biscayne Bay, the trio will perform from 6 to 8 p.m. while the crowd enjoys bites and drinks from Verde. The museum will be open until 9 p.m., allowing plenty of time to explore the exhibition and permanent collection galleries. 6 to 9 p.m. Thursday, at Pérez Art Museum Miami, 1103 Biscayne Blvd, Miami; 305-375-3000; pamm.org. Tickets are required only for the music and cost $16; admission to the terrace is free. Ashley-Anna Aboreden

On Thursday, the local electronic label Cirx Records presents round two of its monthly open-air bass music gathering, Theia, at Naomi's Garden Restaurant & Lounge. The free event will feature sets from bass-centric DJs and producers, including Galactic Effect, who recently dropped his latest single "Unearthed," along with the Audio Manipulator, Chan A-V, and others. Head to the venue for an amalgam of drum 'n' bass and, of course, Naomi's famed Caribbean spread. 9 p.m. Thursday, at Naomi's Garden Restaurant & Lounge, 650 NW 71st St., Miami; 305-456-4715; naomismiami.com. Admission is free. Olivia McAuley

Reggaetonero Jhay Cortez isn't exactly new to the music industry. He helped write Cardi B, Bad Bunny, and J Balvin's massive 2018 hit "I Like It." He's also penned for musical heavyweights like Zion y Lennox, Tito El Bambino, and Yandel. And while he's released plenty of singles and a studio album — 2019's Famouz — as a solo artist, the public started to notice the 28-year-old after he collaborated with Bad Bunny on "Dákiti," which peaked at number five on the Billboard Hot 100. Cortez is a star in the making, so don't miss his performance on Friday at the Oasis. 7 p.m. Friday, at the Oasis, 2335 N. Miami Ave., Miami; oasiswynwood.com. Tickets cost $65 to $125 via oasismiami.tixr.com. Jose D. Duran

New York City-based event series Served Up, which aims to bring awareness to mental-health issues within an inclusive and fun space, will make its way to the Freehold Miami on Friday. The event will feature sounds from Craze, the Whooligan, and the multigenre collective the Love Below, while artists DaveL, Falopapas, and Natasha Tomchin helm live-art experiences. Thanks to Served Up partner Simple vodka, the organizers will donate 240 meals to Feeding America, and the mural by DaveL will be donated to Aktiv Learning Academy, a local school for kids on the autism spectrum. 8 p.m. Friday, at the Freehold Miami, 2219 NW Second Ave., Miami, 305-280-0330; freeholdmiami.com. Tickets cost $20 to $25 via eventbrite.com. Olivia McAuley

Pop-up party SortaSecret heads to the 94th Aero Squadron on Friday for an all-night, open-air rager. The lineup features some of dance music's heavy-hitters, like Pablo Ceballos (half of the acclaimed duo Chus & Ceballos), second-wave Detroit techno maestro Stacey Pullen, and the groove-laden Miami duo Cocodrills. The party goes on until 5 a.m., so pace yourself. 11 p.m. Friday, at 94th Aero Squadron, 1395 NW 57th Ave., Miami; 305-261-4220; 94miami.com. Tickets cost $20 to $50 via eventbrite.com. Olivia McAuley 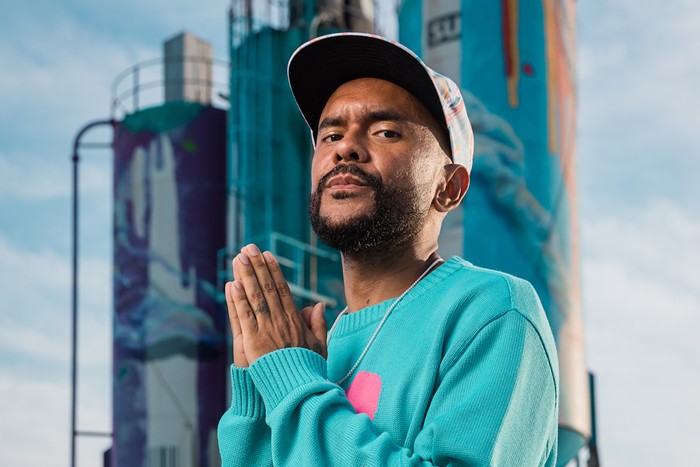 Who needs a Bikram yoga studio when stepping outside your home feels like an actual sauna? The Wharf Miami is making the most of the summer sun with a vinyasa flow yoga class as part of its Workouts on the River series. Bring water and sunscreen and let An Yoga Movement lead you in a free session to get your body moving. Stick around after the class for live music starting at noon, and bites from the Chicken Spot, Sake Room, Spris Artisan Pizza, and La Santa Taqueria. 10:30 a.m. Saturday, at the Wharf Miami, 114 SW N. River Dr., Miami; 305-906-4000; wharfmiami.com. Admission is free. Olivia McAuley

From his recurring roles on Breaking Bad and The Mandalorian to hosting Saturday Night Live and stand-up specials, Bill Burr is one of the most versatile and successful comedians out there. The 53-year-old's U.S. tour stops at Hard Rock Live in Hollywood for two back-to-back shows on Saturday. If you want to know what to expect from the comedy king, check out his 2019 special for Netflix, Paper King. 6:30 and 9:30 p.m. Saturday, August 28, at Hard Rock Live, 1 Seminole Way, Hollywood; 954-797-5531; seminolehardrockhollywood.com. Tickets cost $66 to $131 via ticketmaster.com. Jose D. Duran

Lebanese-born, U.K.-based techno queen Nicole Moudaber headlines Club Space on Saturday night. The Mood label head, radio personality, and DJ so sought after thanks to the electrifyingly emotive sets she has been doling out since the '90s. Moudaber recently joined forces with longtime local nightlife fixture Alan T on the EP The Volume, an unofficial ode to both the legendary doorman and venue. Resident DJs Layla Benitez and Thunderpony round out the lineup. 11 p.m. Saturday, at Club Space, 34 NE 11th St., Miami; 34 NE 11th St, Miami; 786-357-6456; clubspace.com. Tickets cost $30 to $100 via eventbrite.com. Olivia McAuley

You probably take cycling very seriously if you've visited the Rapha Racing store in the Design District. The store, founded in 2004 in London, makes some of the finest cycling clothing you'll find. It also regularly hosts rides and events. On Sunday, the Rapha Community Bike Ride will start from the Jungle Plaza, with three different options available to riders: 20-, 40-, and 50-mile routes. If you aren't an experienced cyclist, it's probably best to sit this one out (also, it's for adults only and helmets are required). 6:30 a.m. Sunday, August 29, at Jungle Plaza, 3801 NE First Ave., Miami; miamidesigndistrict.net. Admission is free with RSVP via eventbrite.com. Jose D. Duran

Mixing engineer and producer Hannes Bieger comes to Treehouse on Sunday. The Berlin-based musician began running his own production studio in 2000, quickly becoming one of the most in-demand engineers. In 2017, after he purchased a Moog modular synthesizer, he dropped his debut EP, Strato, on Steve Bug's Poker Flat Recordings. Bieger followed that up with a string of releases, the most recent being the two-track EP The Heart in May. Check out his progressive-house sound when he stops in Miami Beach. 9 p.m. Sunday, at Treehouse, 323 23rd St., Miami Beach; 786-318-1908; treehousemiami.com. Tickets cost $20 via eventbrite.com. Ashley-Anna Aboreden 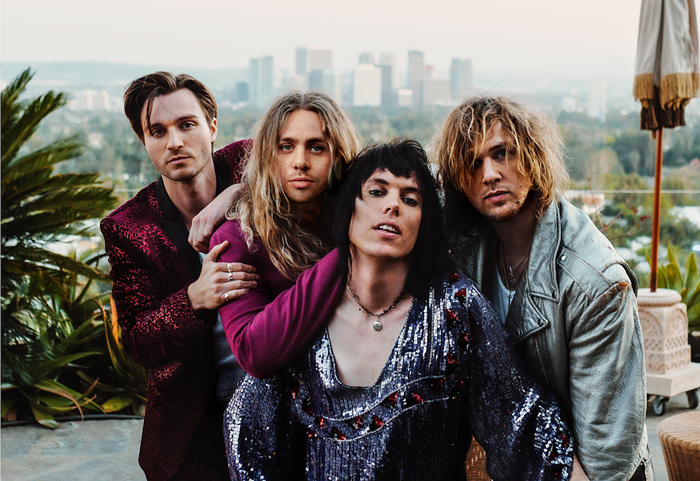 A new exhibit by famed 305 graffiti artist Ahol Sniffs Glue (AKA David Anasagasti) is on view at the Museum of Graffiti Beachside, a rotating local art residency that brings graffiti art to the Confidante Miami Beach. The exhibition, titled "On Location," is the pop-up's latest collection and was created by Anasagasti over the span of a week as he worked in the historic 1930s home located poolside at the Confidante. The body of work was inspired by the hotel's retro-glam vibe and history. Monday through Sunday at the Confidante Miami Beach, 4041 Collins Ave., Miami Beach; 833-816-4530; theconfidantehotel.com. Admission is free. Olivia McAuley

You might recognize Bryce Vine from the first season of the Oxygen reality TV show The Glee Project. Still, the rapper and singer has been keeping busy since his small-screen debut, releasing his debut album Carnival in 2019 and charting on the Billboard Hot 100. Vine heads to the Culture Room in Fort Lauderdale on Tuesday as a part of his I Miss You a Little tour, alongside special guest Blanco Brown. 7:30 p.m. Tuesday, at Culture Room, 3045 N. Federal Hwy., Fort Lauderdale; 954-564-1074; cultureroom.net. Tickets cost $29.50 via ticketmaster.com. Olivia McAuley

Catch a one-night-only screening of the 1985 Venezuelan film Oriana, presented on Wednesday by the Miami Beach Film Society at O Cinema South Beach. A classic of Latin American cinema, the film, directed by Fina Torres, uses elements of magical realism to tell the story of María, who returns to her family's hacienda in rural Venezuela after the death of her aunt, Oriana. Through a series of flashbacks, the gothic tale explores the mysteries of the reclusive aunt. The film won the Camera d'Or at the 1985 Cannes Film Festival. 7 p.m. Wednesday, at O Cinema, 1130 Washington Ave., Miami Beach; 786-471-3269; o-cinema.org. Tickets cost $10. Ashley-Anna Aboreden