The 18 Best Things to Do in Miami This Week

Going out for a night of cocktails is always a good time, but it's even better if you're learning to make the cocktails yourself. Join Mixology Mixer's Havana Club Tasting Class, where you'll learn how to make three Miami-inspired cocktails: the "Sunny Piña Colada," the "305 Mojito," and the "Cafecito O'Clock." Learn from Chat Chow TV's Gio Gutierrez and celebrate National Rum Month the fun way. Still not convinced? Havana Club's hand-shaken daiquiri will greet you as you enter the Shelborne Hotel's Drawing Room. 6 p.m. Thursday, at the Shelborne South Beach, 1801 Collins Ave., Miami Beach; 305-531-1271; shelborne.com. Tickets cost $65 to $175 via eventbrite.com. Ashley-Anna Aboreden

¡Fuácata! or A Latina's Guide to Surviving the Universe is a one-woman show, written by and starring Cuban-American actress Elena María García and now playing at the Actors' Playhouse at the Miracle Theatre. García plays 20 characters, diving into their stories and exploring their journeys through love, marriage, immigration, and identity. Told through narrative elements and song, the play weaves together a timeless story, depicting what it means to be a Latina in America today, seen through García's humorous lens. 8 p.m. Thursday, at the Actors' Playhouse at the Miracle Theatre, 280 Miracle Mile, Coral Gables; 305-444-9293; actorsplayhouse.org. Tickets cost $40. Oliva McAuley

Growing up on a healthy dose of Miami bass, freestyle, and Southern rap, Jubilee's developed a DJ'ing style that's refreshing among a sea of producers who at times take themselves too seriously. When she gets behind the decks, she has a single mission: to make you sweat through your shirt. Don't worry, even after the Miami native decamped to New York City, releases like her 2016 debut album, After Hours, proved she's 305 till she dies. 10 p.m. Thursday, at Floyd, 34 NE 11th St., Miami; 786-618-9447; floydmiami.com. Tickets cost $10 to $20 via eventbrite.com. Jose D. Duran 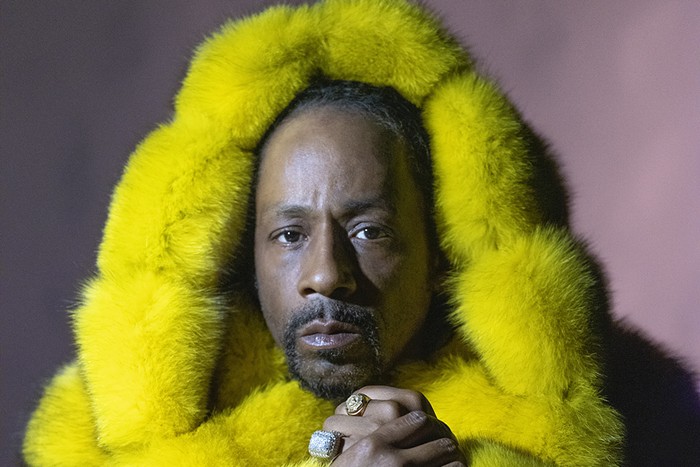 São Paulo native DJ Nyack is spinning at intimate the new Miami Beach hot spot the Eagle Room (located above 27 Restaurant) on Thursday night. Part of Sin Salida, a new concept from record label Concreta Sala, the series celebrates dance-music artists who specialize in eclectic sounds — and that's what Nyack is all about. He mines genres like hip-hop and house and is notable for being part of the team behind the all-vinyl party Discopedia, which is set to make its U.S. debut next year. 10 p.m. Thursday, at the Eagle Room, 2727 Indian Creek Dr., Miami Beach; 786-476-7020; freehandhotels.com. Admission is free with RSVP via shotgun.live. Oliva McCauley

Spanish actress and singer Lolita Flores takes the stage at the Fillmore Miami Beach on Friday. Flores became popular in the 1970s on the power of her debut album, Amor, and has since released many records focusing on traditional Spanish music. Recently, she remastered many of her classics, allowing fans to experience her vast catalog all over again. 8 p.m. Friday, at the Fillmore Miami Beach, 1700 Washington Ave., Miami Beach; 305-673-7300; fillmoremb.com. Tickets cost $45 to $195 via livenation.com. Ashley-Anna Aboreden

Comedian and actor Katt Williams knows how to tell a story — and man, does he have a lot of stories to tell. The standup's World War III Tour makes its way to the BB&T Center on Friday. The comic rose to fame thanks to his widely praised specials, The Pimp Chronicles and It's Pimpin' Pimpin'. More recently, Williams won an Emmy for a guest appearance in the hit FX show Atlanta, in which he portrayed Donald Glover's alligator-owning Uncle Willie. 8 p.m. Friday, at the BB&T Center, 1 Panther Pkwy., Sunrise; 954-835-7000; thebbtcenter.com. Tickets cost $59 to $125 via ticketmaster.com. Olivia McAuley

Veza Sur Brewing is celebrating its fourth anniversary, and like any good birthday, there's bound to be a party. Saturday's festivities begin at noon and will feature DJs all day, live music, local food vendors, and, of course, Veza's beer. There will also be a new beer release to mark the occasion — Mezclarito, a Belgian strong ale — along with giveaways and the chance to hop on Veza's private party bus. Noon to 2 a.m. Saturday, at Veza Sur Brewing, 55 NW 25th St., Miami; 786-362-6300; vezasur.com. Admission is free. Ashley-Anna Aboreden

Founded in 2001, Cosquín Rock is an annual rock festival held in Argentina's Córdoba province. The festival has made a name for itself by focusing mainly on rock en español. On Saturday, Cosquín Rock makes its U.S. debut with a mini-festival of sorts at Island Gardens. Headliners like Cultura Profética and Molotov will perform alongside a who's who of Spanish rock, including Los Amigos Invisibles, Delic, Louta, Literal, and Mia Zeta. 2 p.m. Saturday, August 21, at Island Gardens, 888 MacArthur Cswy., Miami; cosquinrock.us. Tickets cost $78 to $1,600 via tickeri.com. Jose D. Duran

Grab a drink and settle in for a night of laughter as Villain Theater welcomes Jannelys Santos, Jake Snell, and headliner Natasha Pearl Hansen to the stage. Hansen, a Second City alum, has toured all over and even had a five-month Las Vegas residency. She is also the host of the podcast Future Role Model, which features various artists and comedians. 8:30 p.m. Saturday, at Villain Theater, 5865 NE Second Ave., Miami; 786-391-2241; villaintheater.com. Tickets cost $15 to $20 via eventbrite.com. Ashley-Anna Aboreden

Free jazz, community connecting, and rich storytelling are on tap at the Historic Ward Rooming House this Saturday. Jazz Under a Simple Tree is a new series created to preserve African-American culture and its sounds. WPHL is partnering with Hampton Art Lovers to collect and preserve the oral histories of Black families of the Great Migration. The evening will include gathering community stories in the venue's gallery, which is home to the exhibition "One Way Ticket: Movement, Migrations, and Liberty." 9 p.m. Saturday, at Historic Ward Rooming House, 249 NW Ninth St., Miami; 786-529-8624; hamptonartlovers.com. Admission is free with RSVP via eventbrite.com. Ashley-Anna Aboreden

Don't miss your chance to catch the David Lynch cult classic Blue Velvet when it plays at the Coral Gables Art Cinema on Saturday. The sordid, neo-noir mystery-meets-thriller cemented Lynch's icon status and remains one of his most well-known films to date. The plot centers on young Jeffrey Beaumont, who has returned home to attend to his infirm father — until a severed ear is found and the creepy conspiracies commence. The R-rated, surrealist masterpiece screens for one night only. 9 p.m. Saturday, at Coral Gables Art Cinema, 260 Aragon Ave., Coral Gables; 786-472-2249; gablescinema.com. Tickets cost $11.75. Olivia McAuley

This summer, Purforce Group has been doing a great job presenting regular programming at the Little Haiti Cultural Complex, booking everything from bands to comedians. On Sunday, it will embrace the season with its latest offering, Shorts and Shades, a laid-back live music and networking event. DJs Vayb and Bullet will be behind the decks, setting the vibe as guests enjoy food and drinks from local vendors. 1 to 9 p.m. Sunday, at Little Haiti Cultural Center, 212 NE 59th Ter., Miami; 305-960-2969; miamigov.com. Tickets cost $25 via eventbrite.com. Olivia McAuley

These days, merely mentioning "natural wine" automatically puts a person into the "hip" category. Whether you're already onboard the natty wine train or you're looking to break into this world, Boxelder's Natural Wine Tasting event is your ticket to learning about everything this wine has to offer. Tuesday marks the sixth edition of Boxelder's series, and this time, it's all about pét-nats — wines bottled before the fermentation process is complete — and piquettes, AKA White Claw for wine lovers. 7 p.m. Tuesday, at Boxelder, 2817 NW Second Ave., Miami; 305-942-7769; bxldr.com. Tickets cost $65 via eventbrite.com. Ashley-Anna Aboreden

Make yourself like Vincent Vega and Mia Wallace and head to the dance floor at ATV Records on Tuesday night for Pulp Friction. Miami is never short of DJs and a night of good vibes. DJs Troy Kurtz, Autobahn, and Frny will be spinning alongside Los Angeles-based techno producer and self-proclaimed texture daddy Pilo. The artist has collaborated with the likes of Boys Noize and also released music through his eponymous label and Tiga's Turbo Recordings. 10 p.m. at ATV Records, 1306 N. Miami Ave., Miami; 305-456-5613; atvrecords.com. Tickets cost $10 via ra.co. Ashley-Anna Aboreden