The Ten Best Places to Spot Ghosts in Miami 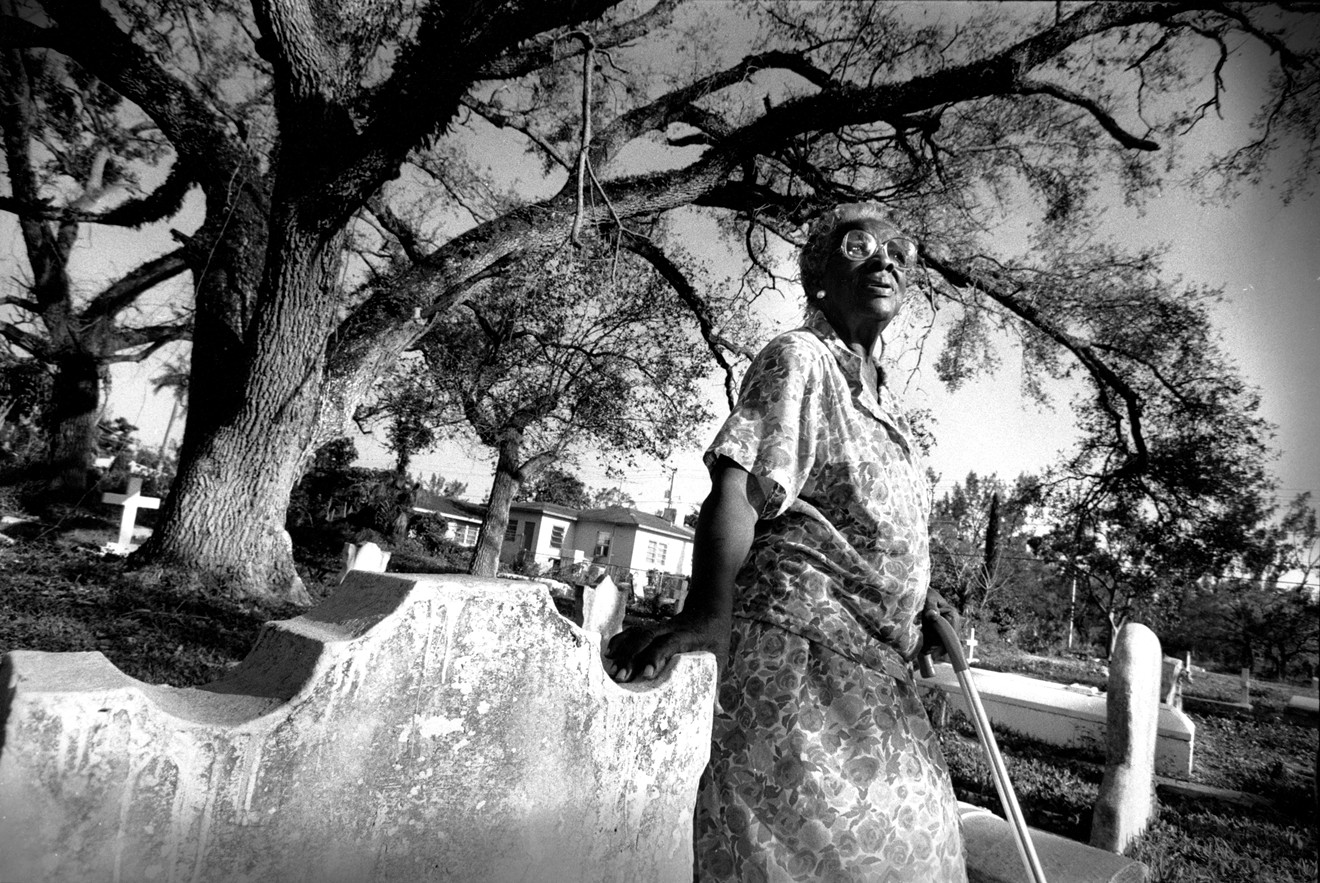 Esther Maye Armbrister at the Coconut Grove Cemetery HistoryMiami
Have you ever walked into a place and gotten that ineffable “spooky feeling”? If you’ve ever felt the hairs on the back of your neck stand up, a drop in temperature, or a shift in the electromagnetic charge, congratulations: You might have had contact with a paranormal entity.

Horror movies set the expectation that paranormal experiences happen only in abandoned buildings covered in ivy and flanked by naked trees in the dead of winter. But ghosts don’t discriminate. They can also linger in the scorching heat and humidity of Miami. Mysterious and ghastly deaths, suicides, and murders, ever popular in Magic City history, are rife with phantasmagorical potential. Paul George, the resident historian at HistoryMiami, and Marlene Pardo Pellicer, a paranormal researcher, share their stories of the most haunted places in the 305. 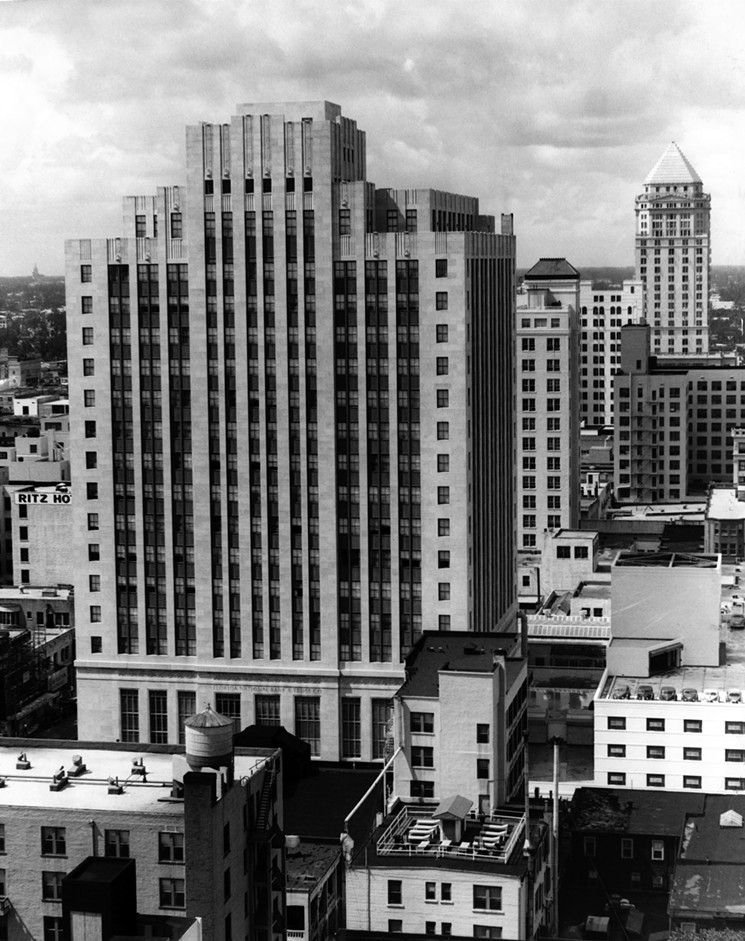 The Alfred I. duPont Building
HistoryMiami
1. Alfred I. Building. One of the first skyscrapers in Miami, the Alfred I.  Building was constructed on the site of the demolished Hotel Halcyon from 1937 to 1939. This October 28, paranormal investigator Marlene Pellicer will lead a tour of the , hosted by Exile Books in partnership with Lemon Yellow and the Downtown Development Authority. The tour will be accompanied by the release of a zine made with heat-sensitive paper designed for documentation of supernatural encounters.

Because of its rich and long history, the  Building has plenty of stories to tell. In 1963, Grant Stockdale, a and friend of President John F. Kennedy's, died after falling from the 13th floor ten days after JFK's assassination. Whether he jumped or was pushed still remains a mystery. He landed on machinery on the fifth floor. Pellicer says she and another woman in the room had an unusual feeling when they visited the floor during a preliminary investigation.

Through conversations with staff at the , Pellicer is researching several other claims about supernatural occurrences. A maintenance man and a cleaning lady have reported seeing a mysterious man and woman who at a second glance. Some of the floors of the are no longer used, but there have been reports of running faucets in bathrooms. In addition, a technician in a group of workers repairing the air-conditioning on the second floor said that when he opened a unit, he saw a badly burnt man’s face that soon disappeared. The men were so spooked they wrote an incident report. 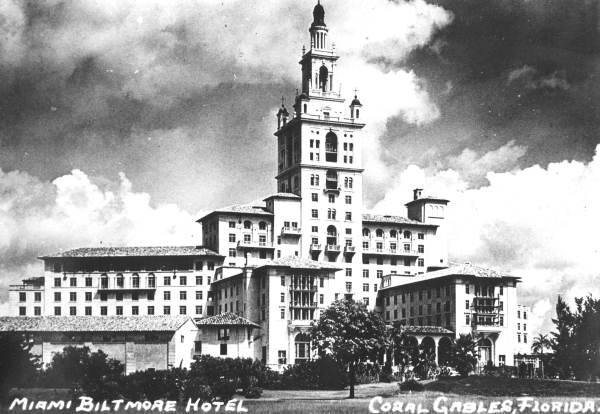 The Biltmore Hotel
State Archives of Florida, Florida Memory
2. The Biltmore Hotel. In , gangster Thomas “Fatty” Walsh was fatally shot at the Biltmore over a gambling dispute. Rumor is that his ghost haunts the hotel, especially the bar, where the glasses and bottles on the shelves have reportedly shaken mysteriously. Known as a man of indulgence who enjoyed Cuban cigars and women, Fatty is said to still wander the hotel and play tricks on staff and guests. His apparition has been seen on the 13th floor, where he was killed, and in bathroom mirrors throughout the hotel. The mysterious scent of cigar smoke, presumably a manifestation of Fatty, has been reported to follow attractive women around the Biltmore.

Paranormal investigators say Fatty is a cooperative and friendly spirit. But he might not be the only soul wandering the hotel's halls. A decade after Walsh’s murder, in the 1930s, eyewitnesses reported that a woman walking in front of the Biltmore mysteriously disappeared. More recently, members of the kitchen staff claimed to have seen mysteriously swinging doors and inexplicable noises. The next time you visit the Biltmore — for the hotel's annual Halloween party perhaps — pay attention to any mysterious smells, sounds, or movements: You might have attracted the attention of a gangster ghost! 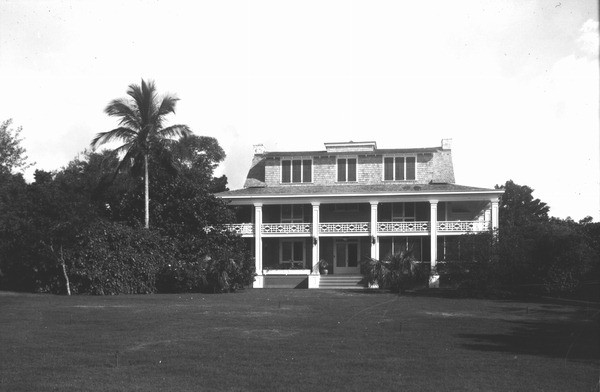 Deering Estate
State Archives of Florida, Florida Memory
3. The Deering Estate. The sprawling 444-acre Deering Estate is a hotbed of paranormal activity, experts say. In fact, the estate holds two ghost tours to share the experience with visitors. The Historic Ghost Stories tour leads guests along the paths walked by Native Americans and Charles Deering, the estate’s owner, who died onsite in 1925. During one visit, a psychic said she heard the voice of a woman begging for help to save the life of a drowning child. Tours on October 19 and October 26 have already sold out.

For those prepared to fully commit to diving into the depths of the ghost world, the estate offers the Spookover, where a group of volunteer paranormal investigators leads guests on an overnight tour to the most active areas of the estate. The Spookover encourages visitors to bring their own equipment that can detect spectral presences. October's Spookover has already taken place, but year-round ghost hunters can grab their pendulums, dowsing rods, EMF meters, voice recorders, and cameras and get ready to witness some bone-chilling activity at the beginning of the new year. 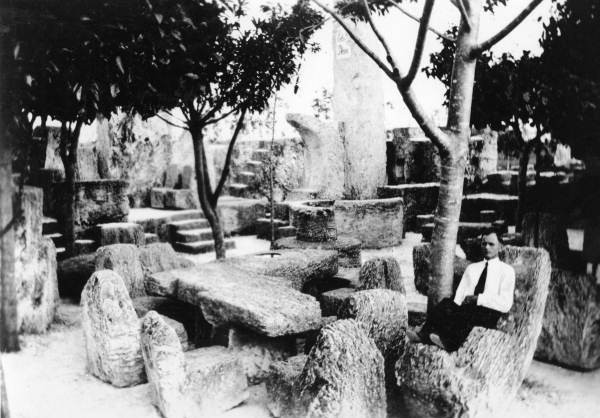 Edward Leedskalnin sits in a chair at Coral Castle.
State Archives of Florida, Florida Memory
4. Coral Castle. The story of Coral Castle documents perhaps the most extreme reaction to abandonment. In the early 1900s, 26-year-old Edward Leedskalnin became engaged to his love, Agnes, who was only 16 years old. The day before the ceremony, Agnes canceled the wedding. So Leedskalnin spent the next 28 years building a monument to his devotion to her. He carved and sculpted more than 1,100 tons of coral rock using no outside assistance or large machinery, despite the fact he stood only five feet tall and weighed 100 pounds. He finished building and erecting the massive structure in 1940. He died in his sleep 11 years later at Jackson Memorial Hospital.

At Coral Castle, you can witness the pain and labor of unrequited love embedded in tons of coral rock. There's no guarantee you'll see Leedskalnin's ghost, but that kind of obsessive dedication sure is haunting. 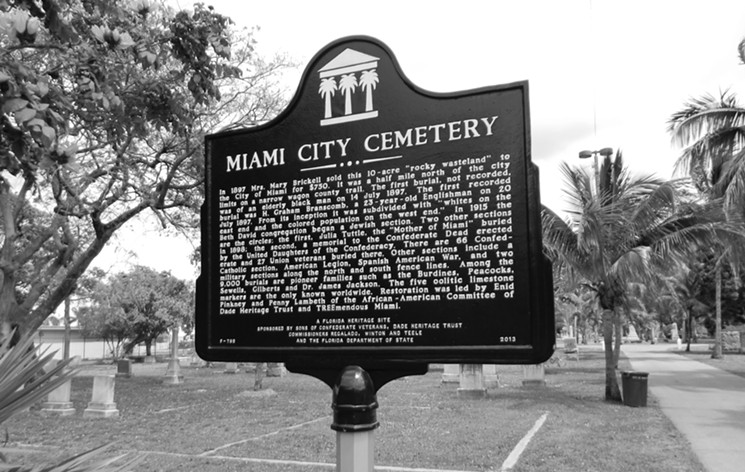 Miami City Cemetery
Miami Ghost Chronicles
5. Miami City Cemetery. Founded in 1987, this is the oldest and only municipal cemetery in Miami-Dade County. Historian Paul George, whose birthday falls on Halloween, leads an annual walking tour of the cemetery for HistoryMiami. He doesn't believe in ghosts, but he admits some inexplicably spooky things have happened during his tours. Once, a man interrupted George’s introduction by laying a carved-out heart of an animal at the base of a tree as a Santería sacrifice.

The body of Julia Tuttle, the “Mother of Miami,” interred at this cemetery. The bodies of the founder of the Burdines department store chain and Miami’s first and third mayors also rest here. Though any graveyard can be creepy, Miami City Cemetery has one especially strange grave, that of Carrie Barrett Miller. After her death, Miller’s husband placed her body in the grave and poured concrete over her. The tombstone reads, “The body of Carrie Barrett Miller was moulded in this solid block of concrete. December 1926. After the body has gone to dust, her sleeping form will remain.” Creepy.