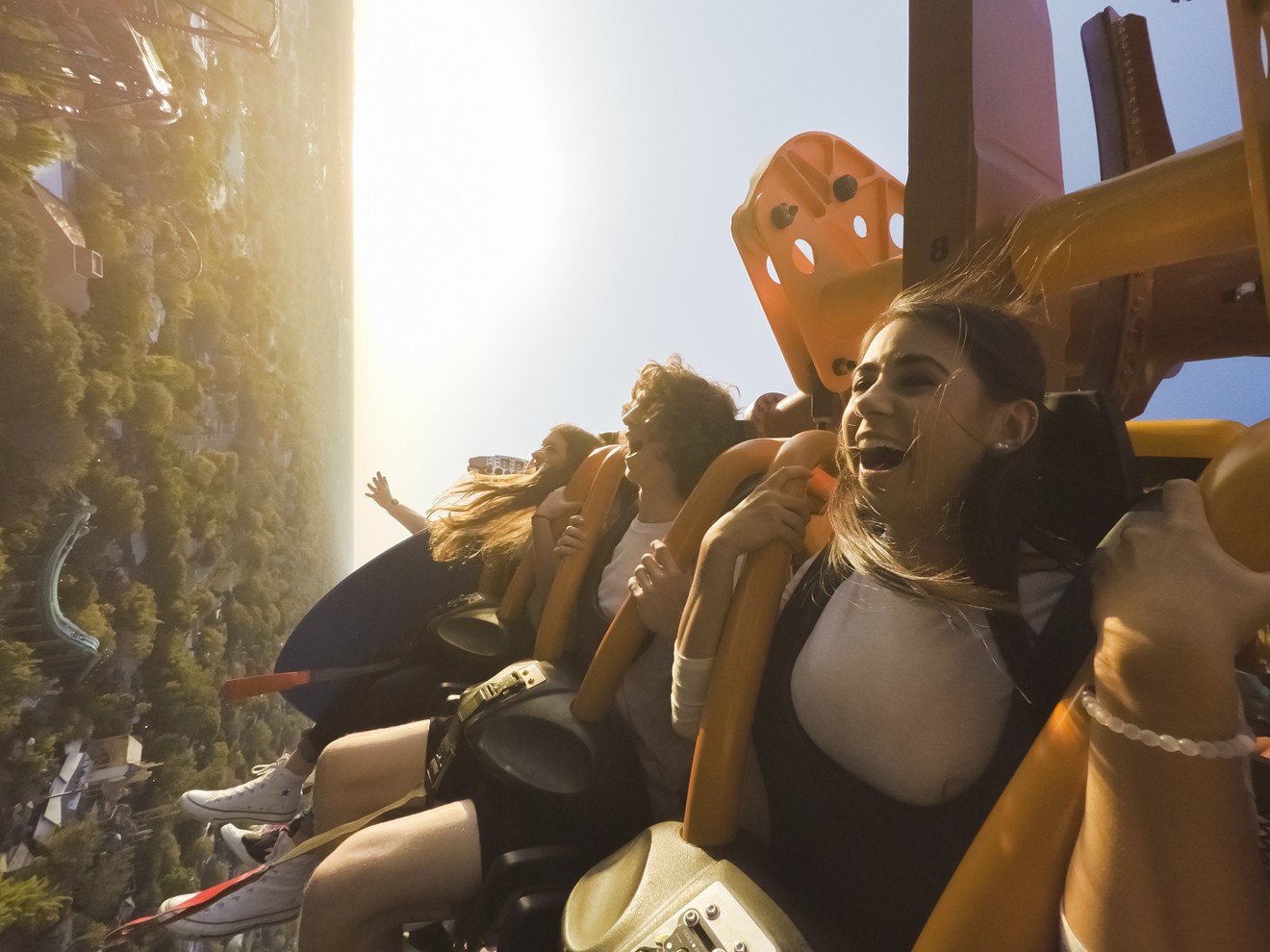 Falcon's Fury at Busch Gardens. Courtesy of Busch Gardens Tampa Bay
Florida has some serious theme park bragging rights. Our eccentric state continues to be number one when it comes to these playgrounds on steroids, as proven by the most recent TEA/AECOM theme index report. Seven of the top ten theme parks with the highest attendance in the nation can be found in the Sunshine State. Take that, California and, uh, Ohio.

With so many enticing theme parks within driving distance, we ranked the very best Florida has to offer. Here are the fun-filled places where the attractions and shows are worth the long lines and overpriced nachos. Happily Ever After fireworks show at Disney's Magic Kingdom.
Courtesy of Disney
1. Disney's Magic Kingdom. Not even the new stench coming from the Hall of Presidents could spoil the most magical place on Earth. Disney’s Magic Kingdom continues to offer unparalleled nostalgia with classic rides such as the Haunted Mansion and Pirates of the Caribbean and the iconic Cinderella Castle. But Mickey Mouse isn’t resting on his laurels. The Happily Ever After fireworks show — a higher-tech version of its predecessor — and Seven Dwarfs Mine Train roller coaster are just two of the recent additions that help give the park a modern feel. Be sure to plan ahead with the FastPass+ reservation system, because the Magic Kingdom has more attractions than you can shake a jumbo turkey leg at. 1180 Seven Seas Dr., Lake Buena Vista; 407-824-4321; disneyworld.com. Hogwarts at Universal's Islands of Adventure.
Courtesy of Universal Orlando Resort
2. Universal’s Islands of Adventure. We’re just going to come out and say it: Harry Potter and the Forbidden Journey is the best theme park ride in the nation, if not the world. You don’t have to be a Potterhead to enjoy the state-of-the-art dark ride’s high-speed turns and projection screens, which make you feel like you’re flying around Hogwarts castle. Hell, even the pre-ride queue through the meticulous castle is a blast. The same goes for the new Skull Island: Reign of Kong ride, where you line up in a creepy temple full of even creepier surprises. Really, it’s just nice to have something to take your mind off your sore feet and the annoying family behind you. 6000 Universal Blvd., Orlando; 407-363-8000; universalorlando.com. Spaceship Earth at Epcot
Courtesy of Disney
3. Epcot. The Magic Kingdom’s geeky sibling is a park many of us didn’t truly appreciate until we got older. That’s not to say we didn’t have fun spiraling up Spaceship Earth or soaking in the Mexican culture in the Mesoamerican pyramid. They just didn’t hold our attention the way they do now. The best part about adulting at Epcot is the World Showcase’s food and booze options, which are tops among Disney theme parks. Each of the 11 pavilions have their own country-appropriate offerings, such as Warsteiner Dunkel beer in Germany and sake in Japan, and seem like a fun setting for a pub crawl. "Drink around the world" at your own peril. 200 Epcot Center Dr., Lake Buena Vista; 407-824-4321; disneyworld.com. 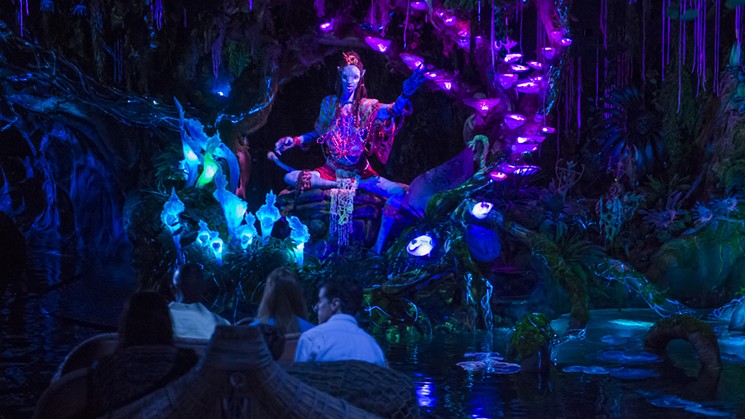 The Na’vi River Journey at Animal Kingdom
Courtesy of Disney
4. Disney's Animal Kingdom. This Disney-fied zoo had a reputation as a half-day park until Pandora: The World of Avatar opened in 2017. Now a half-day seems unlikely, especially because the 3D simulator ride Flight of Passage alone commands waits two to four hours long. FastPass the hot ride of the moment if you can, and make time for the Expedition Everest coaster and the African wildlife in Kilimanjaro Safaris. And because The Lion King musical isn’t coming to the Adrienne Arsht Center until 2019, check out the half-hour Festival of the Lion King show to hold you over. 2901 Osceola Pkwy., Lake Buena Vista; 407-939-5277; disneyworld.com. The Simpsons Ride at Universal Studios.
Courtesy of Universal Orlando Resort
5. Universal Studios. Where else can you order a butterbeer to chase down your Krusty Burger? Universal Studios is a hodgepodge of TV- and film-themed attractions such as the Simpsons area, featuring a comical VR roller coaster through Krusty’s crappy theme park, and Diagon Alley, the second Harry Potter territory and home to the Escape From Gringotts roller coaster. No need to add to your Fitbit steps total when traveling between Diagon Alley and Islands of Adventure’s Hogsmeade. The Hogwarts Express train picks you up and drops you off in both if you have tickets to both parks. 6000 Universal Blvd., Orlando; 407-363-8000; universalorlando.com.