The People of Wynwood Pride 2019

1 of 54
Karli Evans
Wynwood Pride's inaugural weekend took over the Wynwood Marketplace on NW Second Avenue, June 21 through 23, for a flamboyant weekend of Pride programming and events. The lineup featured a stacked three-day schedule of performances from local drag queens and performance artists, plus out-of-town headliners Pabllo Vittar, Ivy Queen, Poppy, and Dorian Electra. Miami legend Miss Toto returned to host a festival funhouse, which lit up between sets with rounds of Celebrity Death Match, pitting local queens as celebrities competing against one another in the ring.

Following some controversy surrounding how the Wynwood Pride festival has been organized and branded — largely that it calls itself a "Pride" event but functions more like a music festival — local queer performance artist Kunst staged a one-person protest in front of the festival's entrance for five hours on Saturday, June 22. They stood on the corner of NW 23rd Street and Second Avenue exclaiming, "Pride was a riot, not a capitalist spectacle!" next to a stitched staff of hand-printed signage and pamphlets explaining how "queer liberation is a class struggle." Photography by Karli Evans.

Wynwood Pride 2021 Kicks Off with Charli XCX at the Oasis

On Friday, June 18, Wynwood Pride returned to Miami's arts district for a full weekend of LGBTQ+ events. Kicking things off was…

Hialeah Pride 2019 Brings a Splash of Color to Suburbia

Hialeah Pride took over the historic Hialeah Park on Sunday, October 13, for a day of celebrating LGBTQ culture with live music… 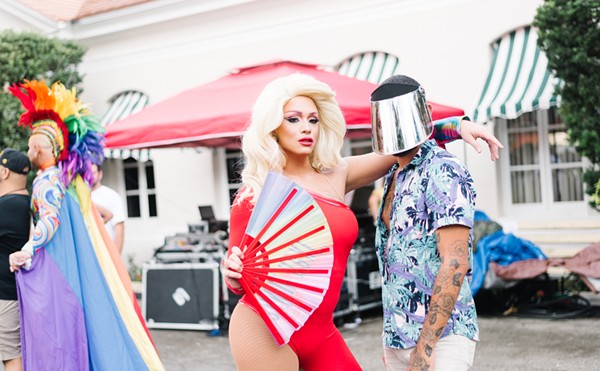 What started as simply another Colombian Independence Day celebration, MegaRumba has transformed into a celebration of all Latin American countries. With performances…

On Sunday, July 21, the Corner in downtown Miami oozed with out-of-this-world creatures for another installation of Miami's favorite queer party, Counter… 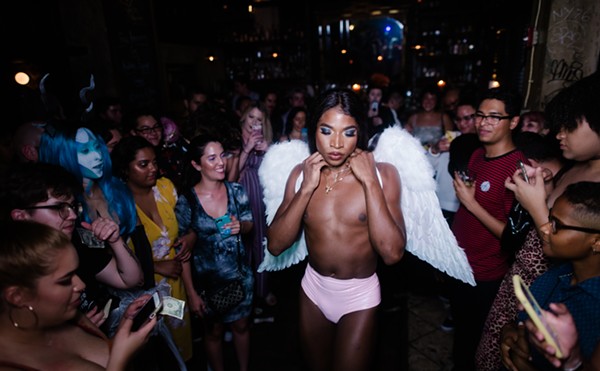 Every party needs a queen, and Wynwood Pride was no exception. On Saturday, June 22, R House hosted the first-ever Miss Wynwood…

On Saturday, June 15, thousands flocked to South Florida's gayborhood, Wilton Manors, for the Stonewall Pride Parade. The event was celebrating its 20th…