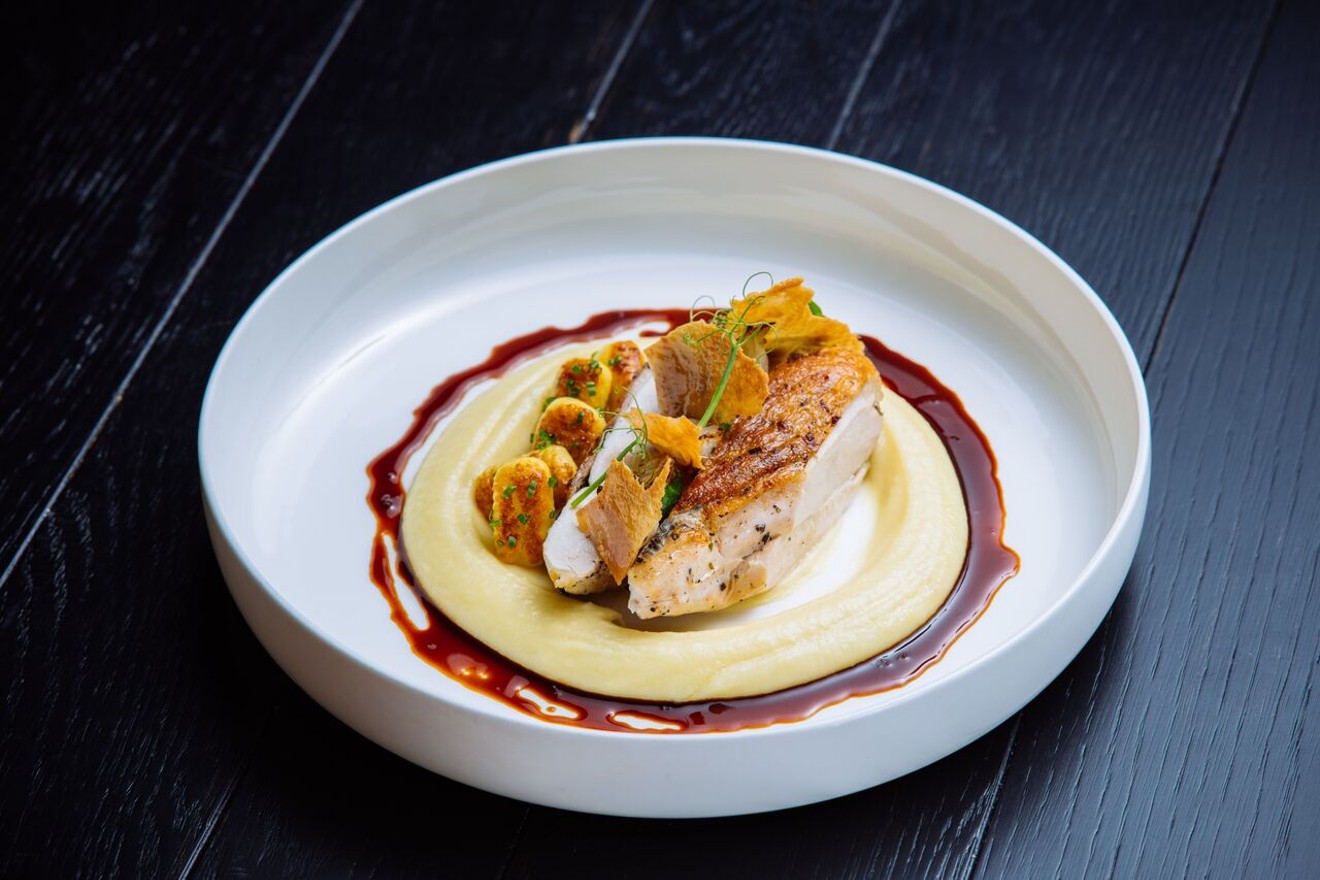 At Red the Steakhouse in Miami Beach, a shrimp cocktail, a petite filet mignon, and an apple pie garnished with a dollop of vanilla glaze and salted caramel sauce costs less than a single rib eye. You can thank Miami Spice for that. From August 1 through September 30, some of the fanciest restaurants in town offer $23 lunch and $39 dinner menus (excluding tax and gratuity). Some even throw in a free cocktail, a complimentary fourth course, or a $23 weekend brunch.

The program was created 17 years ago by the Greater Miami Convention & Visitors Bureau as a way to promote Miami's restaurants to visitors and locals during the city's hotter and slower months. Since its inception, the promotion has grown from 40 participating restaurants to more than 240 and counting.

"This year is a record for us," says Bill Talbert, CEO of the visitors bureau. "We sat around years ago wondering what we could do to create incremental business in the summertime. We were excited just to have 40 restaurants participate. Now look where we are."

"All of the menus are great this year, but some are absolutely extraordinary."

There are more than two dozen new eateries this year, as well as a first-time partnership between Miami Spice and Slow Food Miami, a local nonprofit that recognizes restaurants and businesses that practice sustainability and authenticity in food and beverages. On the Spice website, ilovemiamispice.com, participating restaurants that have earned Slow Food's Snail of Approval are noted.

"All of the menus are great this year," Talbert says, "but some are absolutely extraordinary."

Below, you'll find the ten best Miami Spice picks for 2018. These restaurants include a robust blend of new names and tried-and-true favorites. Some choose to rotate menus, while others will change the Miami Spice menu halfway through the promotion period. All are subject to change at any time.

1. Palme d'Or. This venerable grand dame of dining is usually reserved for marriage proposals and graduations. During Miami Spice, any evening can turn into a special occasion. Menu items include indulgences such as seared foie gras and king crab as first-course selections and seared duck breast or seared black cod with lobster polenta for entrées. Go old-school and end your meal with selections from le chariot de fromage before having a nightcap at the Biltmore's Old-World bar. 1200 Anastasia Ave., Coral Gables; 305-445-1926; biltmorehotel.com. Miami Spice offered for dinner seven days a week.

2. Stubborn Seed. In 2015, Jeremy Ford won Top Chef. He's been on an upward trajectory ever since. At Stubborn Seed, the chef has come into his own by creating a menu that's flavorful and elegant but never pretentious. For Miami Spice, first comes warm celery root with crackling maitake and creamy mushrooms. Next is the comforting and satisfying organic chicken with truffle butter, Brussels sprouts, charred turnips, and gnocchi. End the meal with pastry chef Dallas Wynne's whiskey cake with brown butter toffee and smoked banana ice cream. 101 Washington Ave., Miami Beach; 786-322-5211; stubbornseed.com. Miami Spice offered for dinner Tuesday through Friday and brunch Sunday.

3. Planta. Nightlife guru David Grutman did the impossible with Planta: He turned a vegan restaurant into one of Miami Beach's hottest celebrity eateries. You might come to cozy up to Mark Wahlberg or Pharrell Williams, but the food is why you'll return. The Miami Spice menu offers many of the restaurant's greatest hits, including steamed dumplings filled with shiitake mushrooms, a clever ceviche made with coconuts and pickled cucumber, and bucatini with zucchini cream. The rotating selection of soft-serve is worth the calories — especially if it's the Instagram-worthy charcoal topped with a dollop of puréed fruit. 850 Commerce St., Miami Beach; 305-397-8513; plantarestaurants.com. Miami Spice offered for dinner Sunday through Thursday and brunch Saturday and Sunday.

4. Edge Steak & Bar. Aaron Brooks, who helms the Brickell Four Seasons' steakhouse, Edge Steak & Bar, looks forward to Miami Spice. The Australian-born chef is aself-described "lambassador," so it's natural that the meal begin with a lamb and apricot terrine. There's also a heritage Berkshire pork Milanese and New England cod on the menu, but you come here for the steak. The Creekstone Farms rib eye is served with slow-cooked red cabbage and bone marrow gravy. The regular menu lists a 20-ounce version for $80, which means you're getting a good piece of meat at a great value during Spice.1435 Brickell Ave.,Miami; 305-381-3190; edgerestaurantmiami.com. Miami Spice offered for dinner seven days a week.