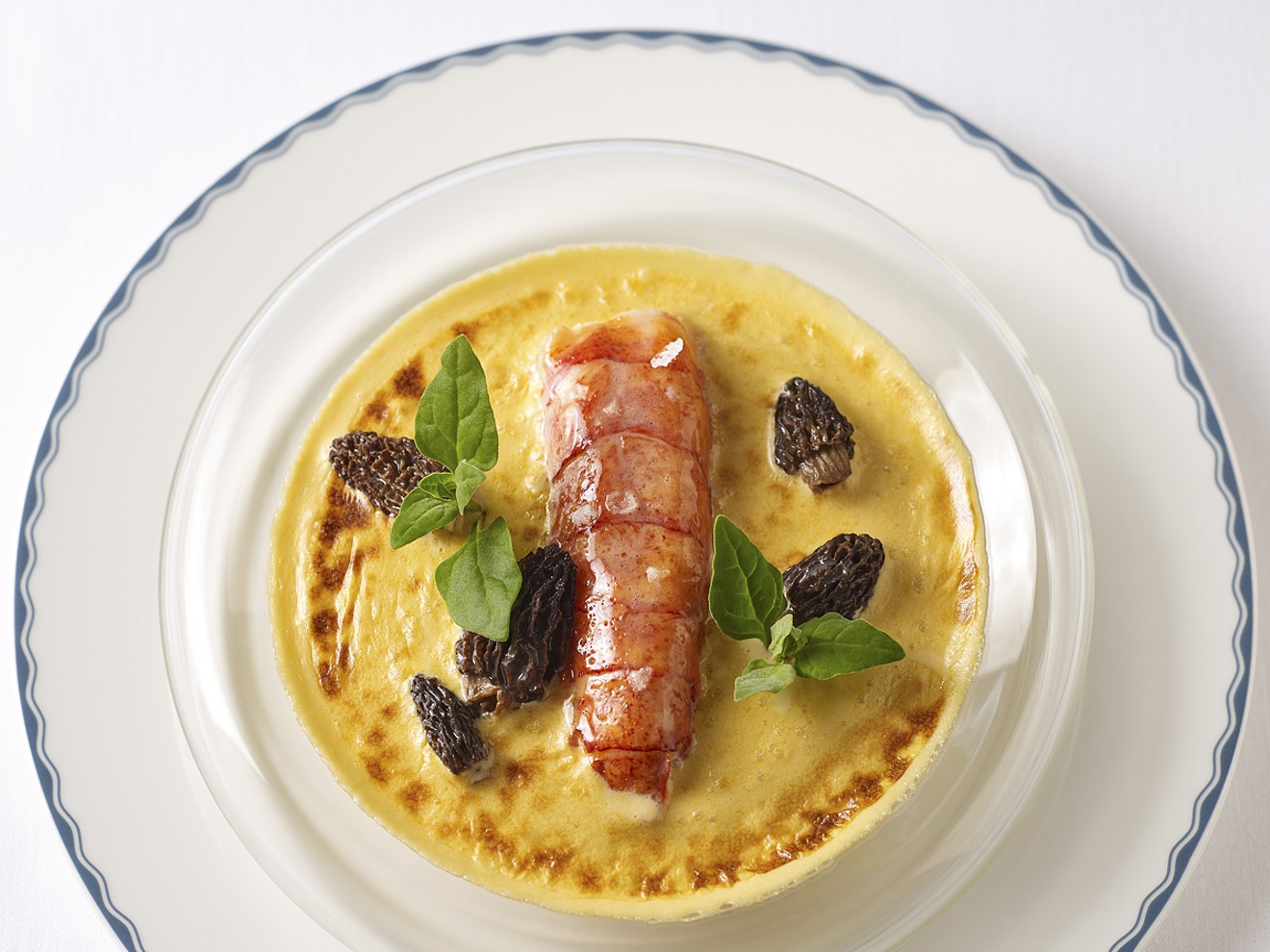 At the Surf Club Restaurant, a ritzy remake of a 1930s classic, waiters are referred to as captains, beef Wellington sells for $125, and reservations must be made weeks in advance for prime weekend hours even though the place opened less than a month ago. Its prices and quality are among Miami's highest, rivaling the $155 tasting menu at the Biltmore's Palme d'Or and the $69 strip steak at Prime 112 in South Beach.

Of course, you don't have to be a star to dine here, but it helps. Located in a completely rebuilt Mediterranean resort in Surfside, the restaurant stands just a few blocks from the ritzy Bal Harbour. The original inn and eatery opened on New Year's Eve 1930 and quickly earned the nickname "Millionaires' Surf Club." It quickly gained notoriety for its level of exclusivity and ability to attract the rich and famous, from the Rat Pack and Winston Churchill to Pulitzer-winning playwright Tennessee Williams and actress Elizabeth Taylor.

The club stretched across more than nine acres of oceanfront property and remained the same for decades until developers bought it for more than $100 million in 2012 and began a stem-to-stern rebuilding that has attracted big-name residents such as auto entrepreneur Alan Potamkin, Chicago investment firm CEO Michael Sacks, and hedge fund CEO Daniel Nir, all of whom paid more than $12 million for their units.

The club, which was relaunched in March 2017 by developer Nadim Ashi, includes a Four Seasons Hotel & Residences, the Italian restaurant Le Sirenuse, and the Surf Club Restaurant, which is run by one of the biggest names in American food, Thomas Keller.

Though the place opened in early August, it isn't the 62-year-old California native's first time in a South Florida kitchen. He began his career in the mid-'70s at the Palm Beach Yacht Club as a dishwasher and low-level cook. He later found fame at the French Laundry in Northern California, which he purchased in 1994, and at his Per Se in Manhattan. Both restaurants, which have earned three Michelin stars, specialize in Keller's interpretations of fine French cuisine through $300-plus tasting-style menus. Today Keller remains the first and only American-born chef to hold multiple three-star ratings from Michelin 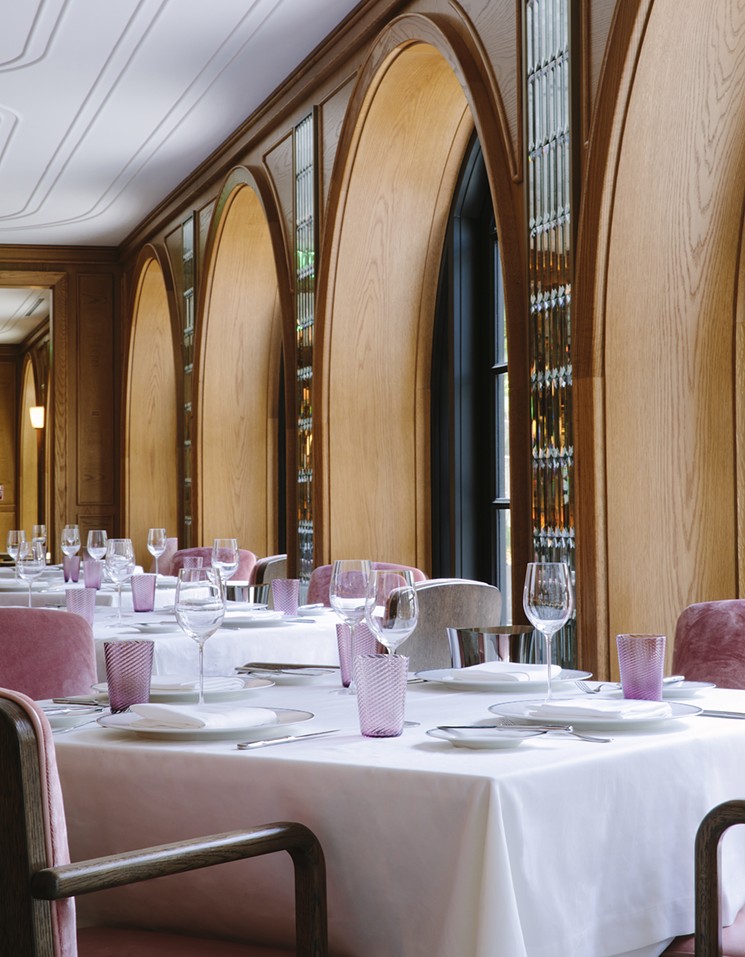 A world with rose-colored glasses.
Photo by David Escalante

In Miami, Keller deviates slightly from his other successes by offering an à la carte menu limited to continental cuisine. Prices are steep, averaging $25 for an appetizer, anywhere from $50 to $100 for a single entrée, and $100 for alcoholic beverages. Cocktails begin at $15, but bottles climb into the thousands. During a recent visit, a New Times critic prefaced the meal by declining alcohol. That didn't deter the captain from offering champagne, wine, cocktails, and dessert shots throughout the meal. No matter how many times or ways he was told no, he didn't stop. At a place like this, there's no need to push alcohol when the dishes are so expensive.

Alcohol aside, the Surf Club Restaurant's menu errs on the side of caution, especially compared to Keller's other restaurants, such as the French Laundry, where the menu changes daily. The reason might be that Keller isn't actually in the kitchen here. After six months or so of training, he handed the reins to Manuel Echeverri, who most recently helmed José Andrés' Bazaar Mar.

To enter the restaurant, diners must walk through a dimly lit room anchored by a large bar. At several couches and low tables, patrons can order from a less expensive menu of bar snacks and enjoy live music. Continue to the intimate dining room, which overlooks a relaxed patio. The decor — turquoise- and rose-colored velvet chairs, dark wood furnishings, and white tablecloths — evokes old-time glamour and wealth.

As for the menu, begin with the Fire and Ice, a small palate cleanser with a tangy selection of pickled cucumbers and onions as well as a dash of jalapeño ($8). Next, try a cold item, such as the salad, prepared tableside on a wooden cart ($20), or the avocado and garden vegetable Louie, a ripe half avocado filled with cucumber, purple broccoli, carrot, and a dollop of Louie dressing, a sweet mayonnaise-based sauce ($18). Oysters on the half-shell, which are presented in a sparkling ceramic bowl, are a popular choice as well ($20). 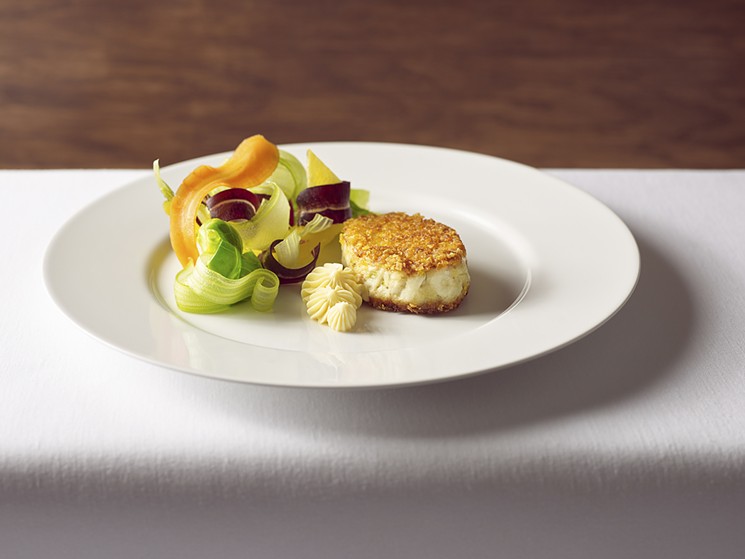 The warm soft-boiled egg is the restaurant's most popular appetizer. Priced at $46, the dish includes a generous portion of caviar with a lightly boiled egg and a thick scoop of crème fraîche. The caviar comes from Keller's own company, Regiis Ova, which sources from sustainable farms in California, Uruguay, and central China.

Many of the entrées include high-priced meats. There are grilled lamb chops for $75, filet mignon for $85, and a New York strip for a whopping $115. The most interesting and costly of them all is the beef Wellington. It includes 48-hour braised short rib in a beef mousse, which is layered with a spinach and black truffle mushroom pâté and wrapped in a paper-thin crêpe. It's then bundled in thick brioche and placed in the oven for about a half-hour, which warms the center and produces an outer crisp. It's presented and sliced tableside on a wooden cart. The result is four sizable pieces, enough to fill two or three diners depending upon hunger. Only a select few are prepared daily (the restaurant would not specify how many), which means customers arriving around 9 p.m. run the risk of missing it.

The restaurant's online menu lists the Wellington for $132, though the price was reduced to $125 less than five days after opening. The meat is remarkably tender, and the brioche achieves a palatable balance of buttery and crisp, but the price is unjustifiable — especially when a diner could indulge in a cut of similar quality at Prime 112 or the Forge for half the price. Alas, that's what dining at a Keller establishment can cost.

Those on a budget should skip the meat and look toward the pasta. The bucatini is one of the only items at the restaurant that aligns with its cost: $26 for an above-average portion. There's also a fettuccine Alfredo showered in cream and black winter truffles for $46.

Dessert hits the sweet spot. Regardless of choice, it's hard to go wrong. Pastry chef Julie Kurz, a veteran of Keller's Bouchon Bakery, is behind a delightful selection, including a tangy lemon tart on a bed of raspberry jam, a seven-layer dark chocolate cake with rich mousse, and a refreshing coconut chiffon cake ($15 each). The ice-cream sundae is a pleasant surprise. Served with three scoops, it includes a chocolate drizzle, marshmallow fluff, and Chantilly cream.

The presence of one of America's best chefs is a testament to how far the Magic City's food scene has come in the past 20 years. But dining at the Surf Club Restaurant feels like a strange regression, reminiscent of the early 20th when the Beach excluded almost everyone except the white and wealthy. Keller's homage to Gatsby-era glitz does not represent today's multicultural and economically diverse Miami. But maybe that's his point.

Wouldn't it feel better to support and promote the local chefs who put this city on the culinary map? Without Keller, American dining would not be where it is today. But if toques such as Cindy Hutson, Norman Van Aken, Allen Susser, Michelle Bernstein, Jose Mendin, and Michael Schwartz hadn't come along, there would be no Keller in Miami.

Editor's Note: This story has been updated to show that reservations are available without lengthy waits for non-weekend days.