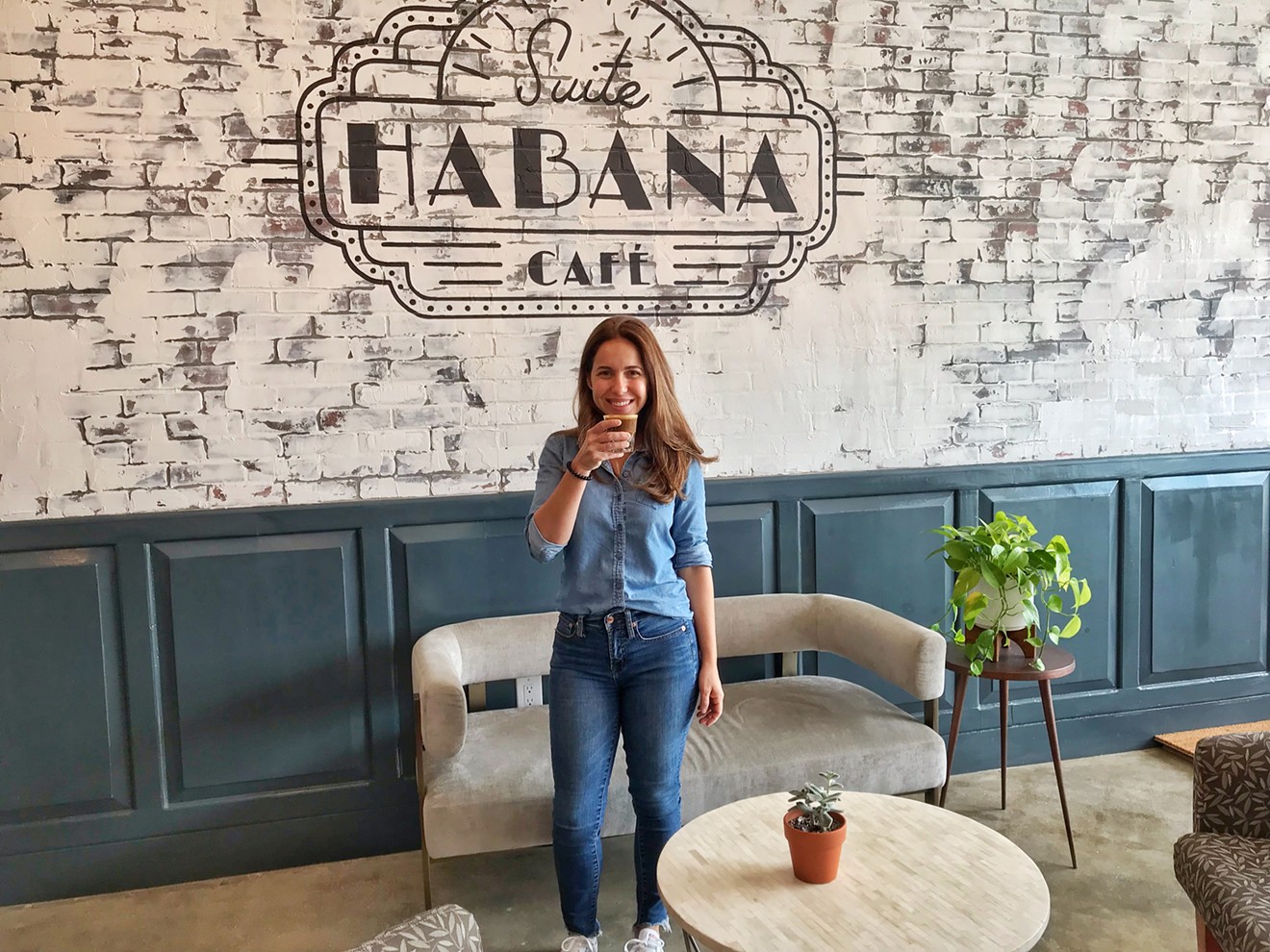 "I wanted a place where I could sit down and have a Cuban coffee and just a few other items, preferably vegan options," she says. "Not a full restaurant with a ventanita, but a coffee shop with all types of Cuban coffee."

In 2017, she announced to her husband, Manny Lopez, she intended to open a coffee shop. Within a year, they had scrimped and saved enough to open Suite Habana Café in Wynwood. Sunday, September 29, which happens to be National Coffee Day, the petite shop will host a first-anniversary celebration with live music, raffles, and free cafecito.

The coffee shop is designed to feel like one of Cuba's many paladares — homes that also serve as restaurants. The walls are covered with posters from popular Cuban films. Even the café is named for a movie, Delisle says. "The name 'Suite Habana' is taken from a Cuban documentary, a well-known silent color film."

The colorful posters add to the laid-back vibe where comfortable cushioned chairs surround a round coffee table, and faux-brick walls painted antique white prominently display the Suite Habana Café logo. It's the ambiance, friendly service, and local products that attract regulars. After one year in business, the shop still sells only local products. "Seventy-five percent of our clientele are repeat customers," Delisle says. Cuban coffee
Photo courtesy of Vanety PR
Suite Habana Café serves a Tu Café roasted blend made locally by the Sapeno family. "We love Tu Café because it's very high-grade Cuban coffee, but it's roasted medium so it's dark and strong but not acidic," Delisle says. "We also make an oat cortado with Cuban coffee and oat milk, which is my personal favorite, and I believe we're the only ones making this type of cortado."

In addition, the owners are developing a café bombón ice pop made with Suite Habana Café coffee and condensed milk to be sold at Wynwood's Cielito Artisan Pops.

Plus, Suite Habana will offer Rico Bakery pastelitos and is working with the local sightseeing agencies Cycle Party and Wynwood Buggies so their tours will make stops at the café.

Suite Habana Cafe. 2609 N. Miami Ave., Miami; 786-387-9771; facebook.com/suitehabanacafe.
KEEP MIAMI NEW TIMES FREE... Since we started Miami New Times, it has been defined as the free, independent voice of Miami, and we'd like to keep it that way. With local media under siege, it's more important than ever for us to rally support behind funding our local journalism. You can help by participating in our "I Support" program, allowing us to keep offering readers access to our incisive coverage of local news, food and culture with no paywalls.
Make a one-time donation today for as little as $1. 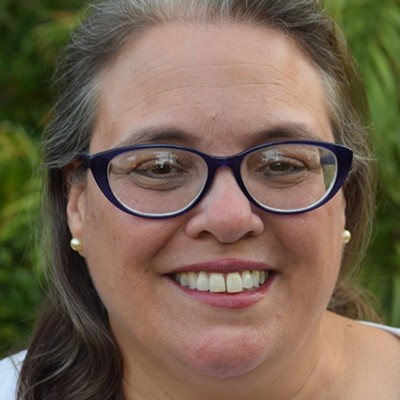