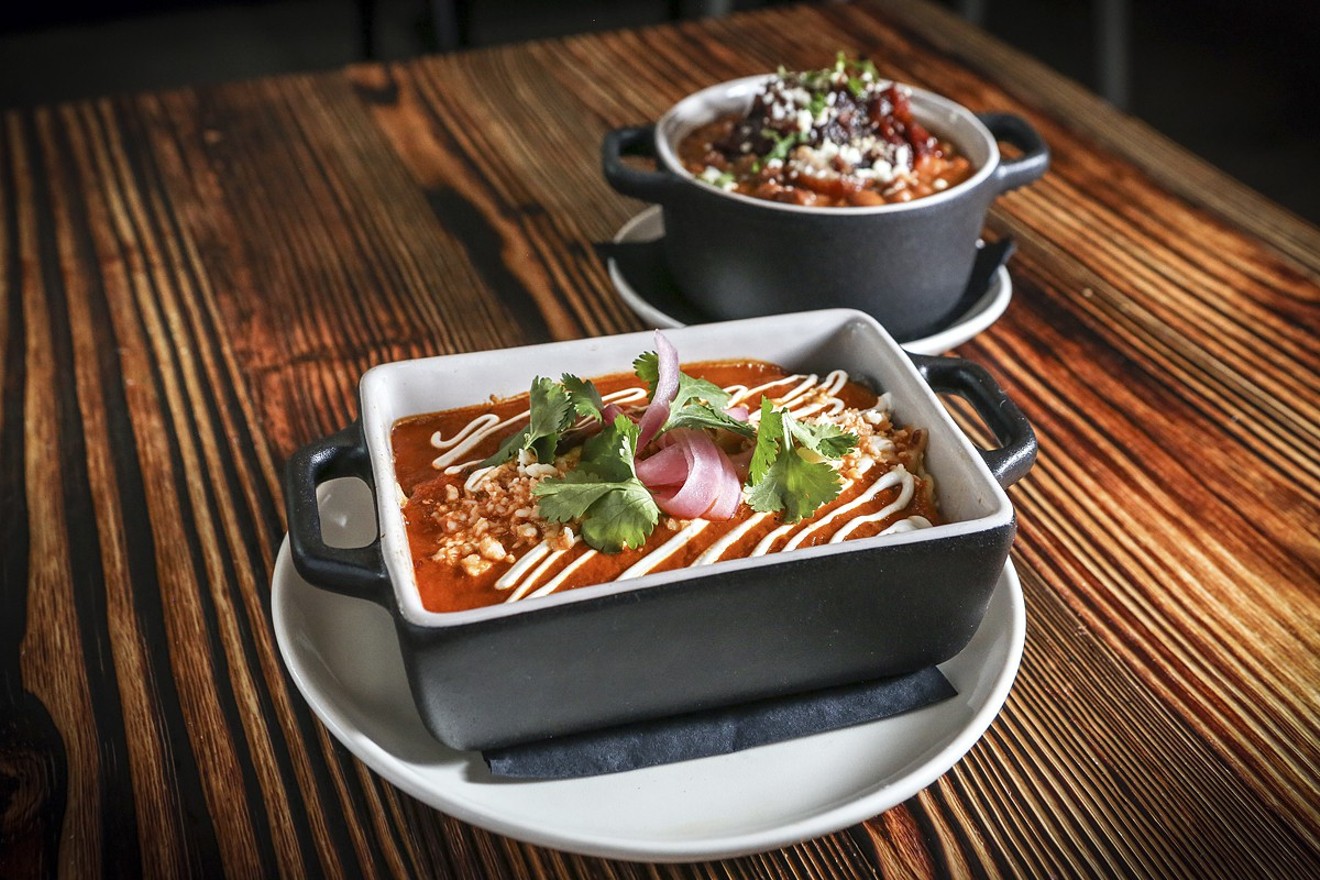 Linquist, however, didn't make it to the fete. "I already said my goodbyes to the staff. They were wonderful. Last evening was for them, but it's always hard closing a restaurant."

"It's really sort of a challenge to figure out how to make the numbers make sense. You have this rent, a fixed cost, and you either have to raise the prices to where people are upset or you have to generate lots of volume. You want to give people good value, and without volume, it's just hard to do."

Linquist says despite regulars who dined at the restaurant two or three times a week and good word of mouth, that didn't spell a packed reservation book. "In any other city, when you generate positive press, people will drive to your location at least once. That didn't translate to South Beach. I'm shocked, and I do believe that people off the Beach are just opposed to driving across the causeway."

The chef says he did everything he could to save the restaurant, including working there from morning till night. "It gets to the point where you have to spend every moment of your time because you can't spend the money to have someone else do it, and then you don't have any time for other projects. It's unsustainable. With Olla, I was there every single day on the line for six months. I couldn't do it by myself, and I couldn't afford to have the help I needed."

The chef says the western part of South Beach has a bright future, with the planning of a Trader Joe's location and several new retail opportunities, but that's a few years down the road, and keeping Olla open until then wasn't financially viable.

Linquist, a partner in the successful Coyo Taco in Wynwood, hasn't given up on the concept of Olla. He's considering locations on the mainland, including Little Havana. "I'm looking at a space on Calle Ocho. That area is starting to take off; it's like Wynwood ten years ago. I think something like Olla or a similar concept would work there."

The chef says part of the reason he would resurrect Olla is to bring his staff back. "We had a great team, and I feel sort of an obligation to do something to get them back together. We have all the furnishings and the equipment that we can move into another location."

Moving to Little Havana or another up-and-coming neighborhood would also reduce static costs significantly, Linquist says. "For the same amount of space, you're talking rent of about $5,000 a month. The amount of money you have to generate to be successful is so much less, so there's a better growth opportunity." By contrast, Olla's rent in South Beach was about six times that amount.

Linquist is also working on a Mexican concept in India, and Coyo Taco is continuing to grow with the addition of a Palm Beach restaurant and other U.S. locations in the works. "The reality is that I'm doing OK and Coyo is doing great. I still believe in the concept of Olla, and we're going back to the drawing board. I'm blessed, and I'm one of the lucky ones."