Henry Hané Ups His Culinary Game at Jattö in Wynwood 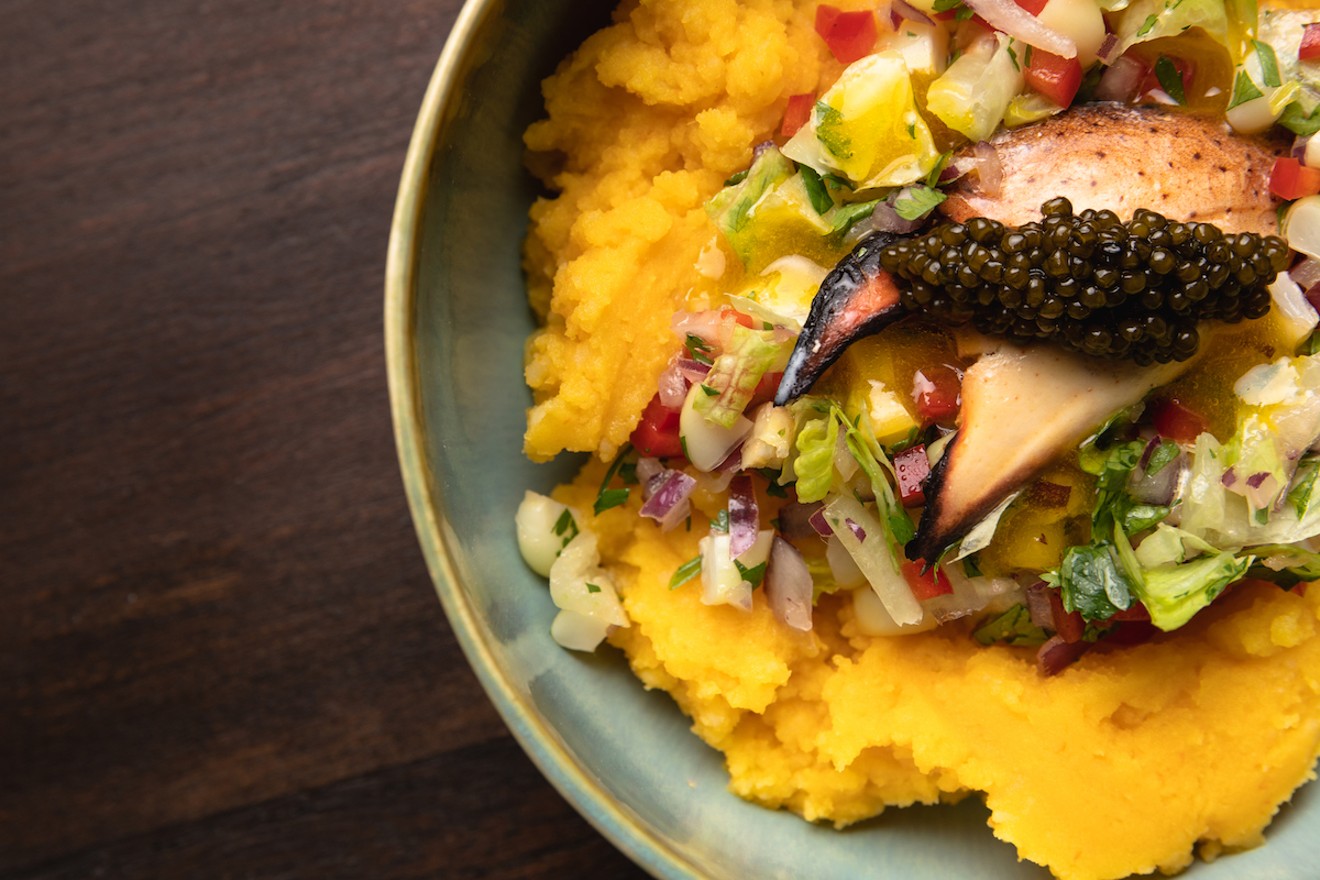 Miami chef Henry Hané has opened Jattö in the former Alter space in Wynwood. Photo courtesy of Jattö
Henry Hané's new restaurant, Jattö, opened only a short time ago, but already it's one of the most interesting new spots in Miami.

You'll recognize the address — 223 NW 23rd St. in Wynwood — as the former spot of Alter, the restaurant that put Brad Kilgore on the national culinary heat map. Hané says Kilgore himself gave his blessing to move into the space.

Hané (rhymes with cane) enlisted another friend — Aleric "AJ" Constantin — to join him as executive chef, and together they set to work creating a menu. Hané is quick to give Constantin his due, telling New Times the executive chef is "totally in charge of the kitchen." Constantin has worked at some of Miami's best kitchens, from Michael's Genuine to Vagabond to Eating House (where he and Hané met).

"I've known AJ for ten years. He always had tons of talent," Hané says, adding that Costantin was his first choice to helm the kitchen at Jattö. "I'm so happy he helped put this vision to work. I want to give him the respect and credit he deserves."

Though the restaurant's website cites Peru, Colombia, and Spain as influences, Hané would rather not be boxed into any culinary borders. "It's a hodgepodge of cultures. For me, that's what we are in Miami, and it makes perfect sense," he says.

Raised in Miami and a graduate of Johnson & Wales, Hané says he and Constantin created the menu together. "It's about a 50-50 split. When we were conceptualizing the menu, we saw eye to eye on the dishes."

Without pigeonholing the menu, it is safe to say dishes at Jattö are comforting and familiar but pack their own twists. The bread service, supplied by Sullivan Street Bakery, is accompanied by a dollop of butter mixed with Cuban coffee. The caramel-colored result is rich and smoky — unique and yet so familiar you'll wonder why it isn't a "thing."

That bread — simple yet surprising — sets the tone for the rest of the meal.

An appetizer of octopus chips ($20) might conjure thoughts of crisp-fried disks, but in actuality, the dish brings tender medallions of octopus with a botija olive aioli for dipping. Patatas bravas, a dish served at nearly every Spanish restaurant, can be jazzed up with a flurry of black truffles ($14, with an upcharge for truffles at market price).

Leek confit ($16) is comforting, elegant, and tells the story of a young chef in a faraway place "It's my favorite dish," Hané imparts. "It brings me back to my days cooking in Barcelona when I discovered that this is what I wanted to do with my life."

Constantin is especially proud of his oxtail. It's served atop an arepa for brunch ($18) and with risotto for dinner ($32). The oxtail is braised low and slow for hours, and the result is well worth the effort. Large-format dishes — steak au poivre, chicken, coconut miso grouper — are available in whole or half portions. The "half" portion of the steak ($58) is large enough for three or even four to share — especially if your party orders a few small plates to go with it.

Cocktails are equally innovative. A negroni, for instance, is made with Coconut Cartel rum and coconut-washed Campari. The sweetness in the coconut mellows out the bitterness of the aperitif oh-so-slightly for an easier-sipping version of the classic Italian cocktail ($18).

Jattö is a play on the Peruvian term jato, meaning "home," and the restaurant makes good on its name by never tilting into being too formal. "Wynwood is packed with people who are younger, so we wanted to be approachable," Hané says. "We don't have a dress code."

Hané adds that Jattö needn't be relegated to special-occasion status. "You can come here and get a Montecristo sandwich ($18) and a Coke — or you can get an amazing wine and have a steak with truffles."

And, though Hané doesn't want to be locked into one style of cuisine, he finally sums up what his new Wynwood restaurant actually is: "We're making nostalgic dishes with a bit of modern technique. It's highbrow lowbrow food."

Jattö. 223 NW 23rd St., Miami; 305- 982-8960; jattomiami.com. Tuesday through Thursday 6 to 11 p.m. (bar open till midnight); Friday and Saturday 6 p.m. to midnight (bar open till 2 a.m.); Sunday 11 a.m. to 3 p.m.
KEEP MIAMI NEW TIMES FREE... Since we started Miami New Times, it has been defined as the free, independent voice of Miami, and we'd like to keep it that way. With local media under siege, it's more important than ever for us to rally support behind funding our local journalism. You can help by participating in our "I Support" program, allowing us to keep offering readers access to our incisive coverage of local news, food and culture with no paywalls.
Make a one-time donation today for as little as $1.