Do Vaccine Passports Have a Future in Florida? 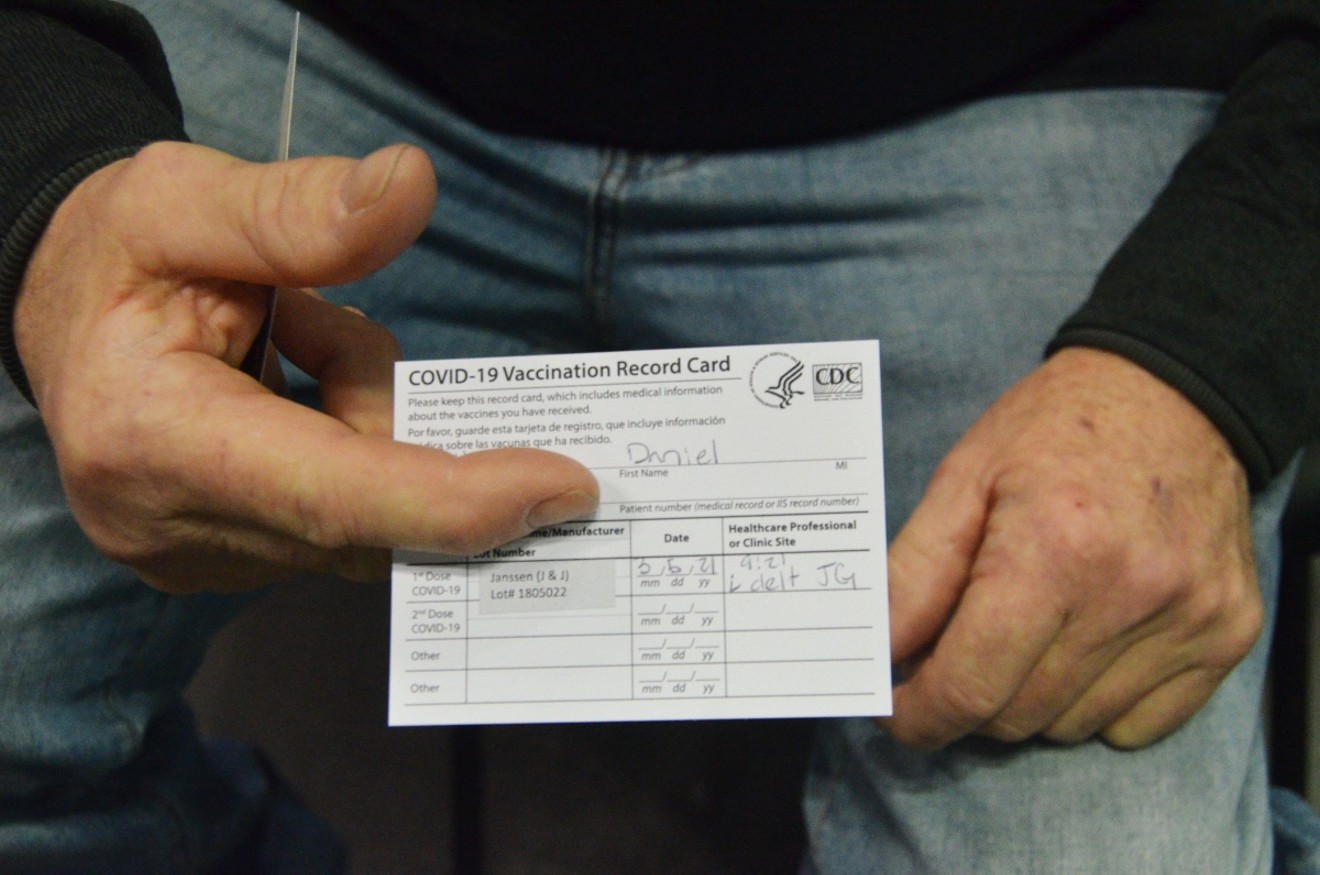 The concept has been politically controversial in the U.S. Photo by New York National Guard/Flickr
As the rollout of the COVID-19 vaccine starts to form a glimmer at the end of the pandemic tunnel, governments and industries have been experimenting with the idea of "vaccine passports" — a type of documentation that would prove a person has been fully inoculated against the virus.

In Israel, citizens have access to an app that displays a "green pass" to indicate they have been fully immunized against COVID-19 or have recovered from the virus. People with a green pass are allowed to sit indoors at restaurants, attend events at arenas, and board cruise ships. Elsewhere, the European Union has supported the idea of a vaccine certificate that would allow people to travel between its member nations if they've been vaccinated or tested negative.

But while other countries are embracing the idea of a vaccine passport, the concept has been the subject of intense political debate in the U.S. For now, the White House has said there will be no federal mandate requiring vaccine credentials, putting the onus on the private sector to create its own vaccine ID systems.

In Florida, Gov. Ron DeSantis has outright denounced the concept of vaccine passports, even those instituted by private corporations, citing concerns about privacy and what he deems to be a threat to individual liberties.

"It's completely unacceptable for government or the private sector to impose upon you the requirement that you show proof of vaccine to simply be able to participate in normal society," DeSantis said at a Monday press conference with state leaders. "If you want to go to a movie theater, should you have to show that? No."

DeSantis said he'd be taking executive action this week to prohibit vaccine passports in Florida, and he called on the state legislature to pass legislation to do the same.

The governor's office did not respond to several emails from New Times asking when the executive action might be signed.

Experts have raised privacy and data-security concerns about vaccine-credential apps such as Israel's green pass, warning that a person's health data could be improperly accessed if the apps are not adequately secured. Critics have also warned that vaccine passports have the potential to create equity gaps between those who have access to vaccines and to smartphones with credentialing apps and those who don't.

Weeks before DeSantis' announcement, the South Beach Wine & Food Festival had issued guidance saying that staff, volunteers, and guests attending the festival in May should expect to provide some proof of a COVID vaccination or a negative PCR test before entering.

But after DeSantis' press conference on Monday, a spokesperson for the festival told New Times in an email Tuesday that the festival might revise its guidelines prior to the event.

"We are closely monitoring all developments and will continue to update and revise our regulations, policies, and protocols in accordance with the on-going public health information and with official guidance from the CDC, State of Florida Department of Health, Miami-Dade County, City of Miami Beach, and the FIU Healthcare Committee," the spokesperson wrote.

While not committing to any requirements yet, the Miami Heat is choosing to incentivize fans who can prove they've been vaccinated. Last week, the team announced it would open up a special section close to the court for ticketholders who show a vaccination card from the U.S. Centers for Disease Control (CDC) along with valid identification.

One of Miami's biggest industries, meanwhile, has played its cards closer to the vest.

Cruise lines including Royal Caribbean and Carnival have been slow to announce any plans to require U.S. passengers to show proof of vaccination, even as the industry pushes the CDC to lift travel restrictions and allow ships to set sail from the U.S. The cruise lines have cited the vaccine rollout as a sign that it's safe to do so.

Representatives from Royal Caribbean and Carnival tell New Times they're monitoring the vaccine rollout and considering vaccine passports but have no official policies in place yet for requiring vaccine attestation for sailing from Miami or other U.S. ports.

Spokespersons for Norwegian Cruise Line and Disney Cruise Line did not respond to multiple requests for comment from New Times via email and phone last week.

Outside the U.S., cruise lines are already setting sail with coronavirus-vaccine requirements.

P&O Cruises, a Carnival Corporation subsidiary, is offering vaccinated U.K. residents short cruises around the United Kingdom's coast on its Britannia and Iona ships, according to a Carnival spokesperson.

Royal Caribbean has plans to operate ships in Israel, Bermuda, and the Bahamas and is requiring passengers to show proof of vaccination.

Jim Walker, a Miami maritime attorney who blogs about the cruise industry, tells New Times that cruise lines are likely treading lightly when it comes to requiring vaccine passports in the U.S. for fear of alienating customers who don't want to be vaccinated.

"As a general rule, they're always concerned more about their own money rather than safety," Walker says. "Cruise lines are uniquely sensitive to the fact that there's not widespread acceptance of vaccines among their customer base."

But travelers who plan to fly internationally might have to comply with vaccine verification.

The International Air Travel Association, an airline lobby group, has developed an app called Travel Pass that would allow international travelers to show proof of vaccination and fly to countries with strict COVID restrictions. A number of foreign airlines that travel out of Miami International Airport are already testing Travel Pass, including Virgin Atlantic and Qatar Airways.

While vaccine passports have been in the news recently in relation to the pandemic, the concept of requiring vaccine credentials for travel is not a new one, according to Florida International University infectious-diseases professor Dr. Aileen Marty.

"The idea of there being diseases that we want to check whether you're immunized against is nothing new. We had that for smallpox. We still have it for yellow fever in many countries," Marty tells New Times.

Marty points to the World Health Organization's International Health Regulations, a 2005 agreement between member countries that's meant to prevent the spread of deadly diseases through international travel and trade. The agreement already allows countries to require travelers to show a certificate of vaccination for yellow fever.

The U.S. also requires that foreign nationals provide proof of vaccination for measles, mumps, and polio when applying for an immigration visa, and Marty says people at the southern border of the U.S. are tested for multidrug-resistant tuberculosis and kept out if they test positive.

Marty says she wouldn't be surprised if similar measures become more prevalent for public events and travel in the COVID era. She says it would be much safer for venues to require proof of vaccination rather than proof of a negative COVID test, because guests could contract the virus in the time between taking the test and attending the event.

As of now, though, it's unclear how sprawling DeSantis' vaccine-passport ban might be, or which industries will be pre-empted from requiring vaccination proof.
KEEP MIAMI NEW TIMES FREE... Since we started Miami New Times, it has been defined as the free, independent voice of Miami, and we'd like to keep it that way. With local media under siege, it's more important than ever for us to rally support behind funding our local journalism. You can help by participating in our "I Support" program, allowing us to keep offering readers access to our incisive coverage of local news, food and culture with no paywalls.
Make a one-time donation today for as little as $1.