WATCH: Five Miami-Dade Rough Police Arrests Brought to Light in the Past Year 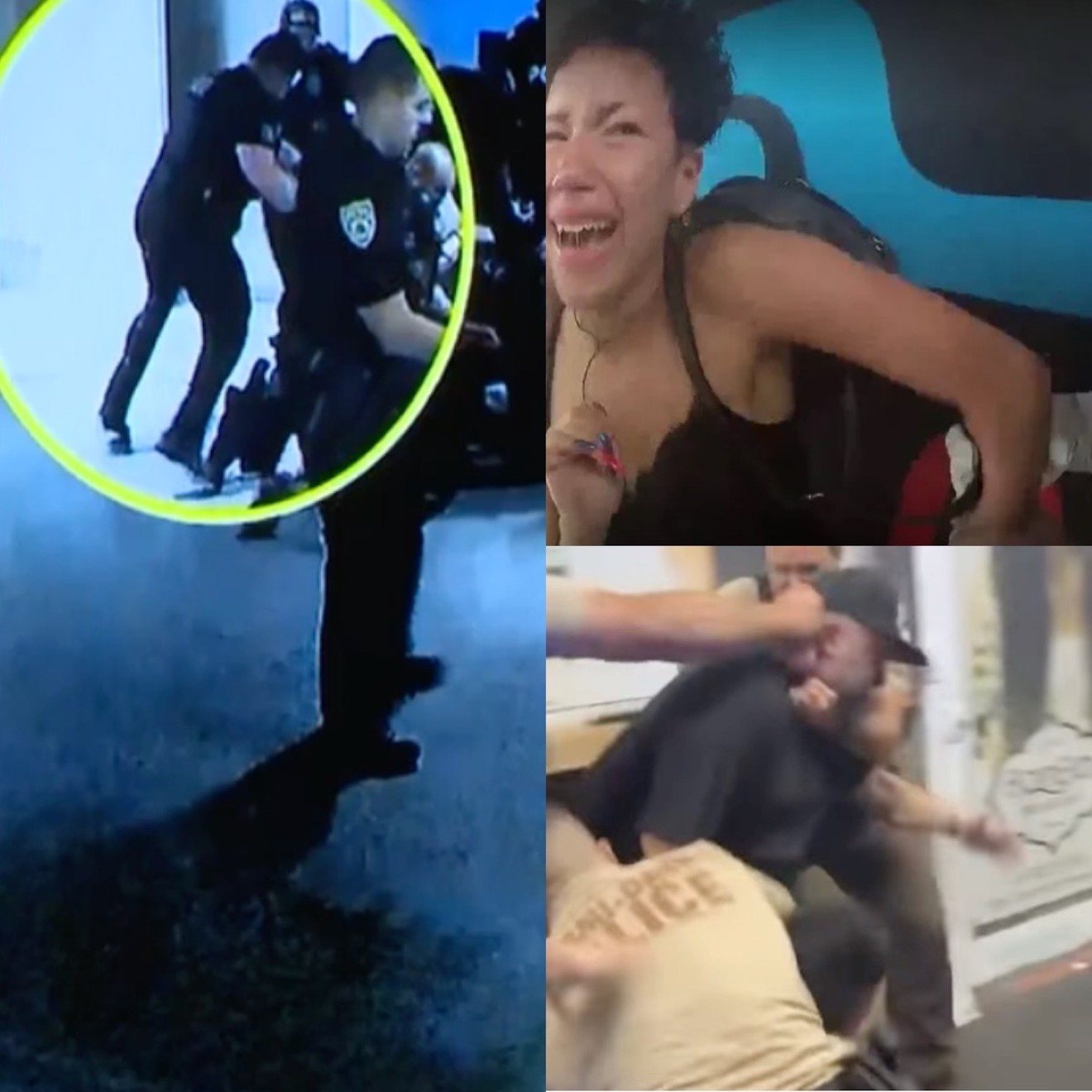 Rough arrests captured on video have been brought to light in the past year. Screenshots via WPLG-TV, Miami's Civilian Investigative Panel, @onlyindade
Last Friday, videos shared online appeared to show a group of Miami-Dade police officers punching a suspect in the head. Said suspect was pinned to the ground at the time.

It's not the first time such footage has surfaced in the Magic City, where cases of police brutality have achieved national renown. Recent years have seen a new era of police accountability, as local law enforcement agencies have begun using body-worn cameras and residents have grown increasingly comfortable with smartphone-video recording.

To recap, here's a list of five rough arrests in Miami-Dade that have been brought to light in the past year:

Miami Cop Slams Homeless Man to the Ground at Publix

In April 2021, a Miami Police Department (MPD) officer was placed under investigation after being caught on video violently shoving a homeless man to the ground inside Publix, punching him repeatedly in the face, and then arresting him.

The man, John Veiga, was suspected of stealing cooked chicken. When asked to pay for it, he told the store manager he was homeless and didn't have the money. Following the incident, the officer, Alexander Garcia-Contreras, was relieved from duty with pay pending an investigation. Records show that charges against Veiga were eventually dropped.

That wasn't the first time Garcia-Contreras was involved in an altercation with Veiga.

Footage of an MPD officer violently arresting a pregnant woman was recently brought to light thanks to Miami's Civilian Investigative Panel (CIP). In November 2020, Ofcr. Miguel Hernandez accused Julissa Burgos of ashing her cigarette on his patrol car, then allegedly grabbed her by the neck and threw her to the ground.

Bodycam footage shows Hernandez and another officer struggling to detain Burgos as she screams for help. Other MPD officers accused Burgos of spitting on the officers as they arrested her. Burgos, however, later explained in her CIP complaint that she was experiencing a seizure.

“They drag me to the car, I cant even hold my head up, I’m drooling foamy from my mouth from the seizure,” Burgos wrote in her complaint. “After they put me in the car Hernandez punches me in the eye and next thing I know I’m waking up in a fire rescue vehicle.”

In July 2021, Dalton Crudup was chased into the lobby of the Royal Palm Hotel in South Beach by Miami Beach Police Department (MDPD) officers. Accused of assaulting an officer, Crudup was directed onto the ground at gunpoint. As Crudup complied and was placed into handcuffs, video shows more than a dozen officers rushing into the lobby — one of whom is later seen kicking Crudup in the head.

When a witness, 28-year-old Khalid Vaughn, attempted to record Crudup's arrest, he alleges that police tackled him to the ground and began beating him, too. He was arrested for using his cellphone camera under a since-suspended Miami Beach ordinance.

In various clips shared on Instagram on March 25, several Miami-Dade police officers are shown arresting four people in the county's Goulds' neighborhood in southwest Miami-Dade. Police have declined to release the incident report from the incident, citing an open investigation.

"You can sue them, bruh! Sue them!" one person in the background is heard saying.

The Miami-Dade Police Department deemed the incident "a physical confrontation with an armed convicted felon" and noted that four firearms were seized. According to WPLG-TV (Channel 10), one of the men arrested was 29-year-old Javaris Swanson, who was convicted of attempted felony murder during an attempted armed robbery back in 2010, when he was 17 years old and has been on probation since his release from prison a decade ago.

"In our continued efforts of full transparency, we immediately initiated an internal affairs investigation into the matter with our Professional Compliance Bureau," the department writes in a statement to New Times.

In February 2021, an MPD officer was captured on video punching a man in the face while arresting him during a traffic stop. Cellphone video captured by a witness shows a man pinned down by at least two officers as a third officer hits him in the face.

According to WPLG-TV, the man was placed in a headlock by an officer during the arrest and his face was left bloodied. The officer was later identified as Det. Mario Sevilla, a six-year MPD veteran with more than six use-of-force complaints on his record.

Two weeks before the video was taken, Sevilla was one of the officers who shot and killed a robbery suspect inside a trailer park.
KEEP MIAMI NEW TIMES FREE... Since we started Miami New Times, it has been defined as the free, independent voice of Miami, and we'd like to keep it that way. With local media under siege, it's more important than ever for us to rally support behind funding our local journalism. You can help by participating in our "I Support" program, allowing us to keep offering readers access to our incisive coverage of local news, food and culture with no paywalls.
Make a one-time donation today for as little as $1.