As Developers Target Miami's Poorest Neighborhoods, Minorities Get Kicked Out 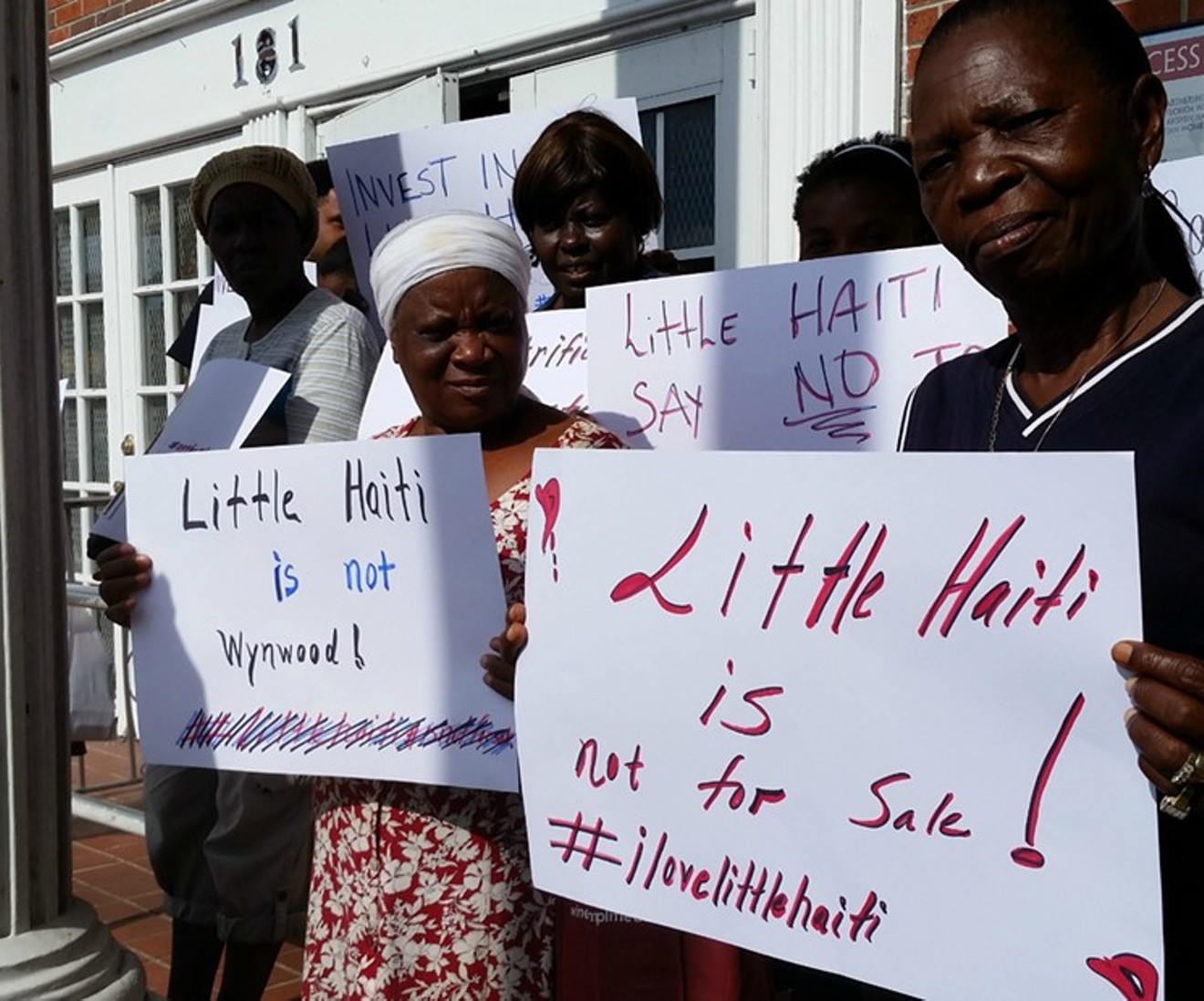 Tim Elfrink
Everywhere you turn in Miami, gentrification is in full swing. Real-estate prices are booming in Allapattah, Brownsville, Little Haiti, Liberty City, and Overtown as the same developers who bought up and transformed South Beach and Wynwood set their sights on new territories to exploit.

Here's how it works:

1. A black family inherits their childhood home from the mom or dad. By the time they get the house, it's completely paid off. They only have to worry about paying real estate taxes at the end of the year.

2. However, the family is stuck living next door to a halfway house or a trap house full of criminals that brings down property values in the neighborhood. By design, police and politicians allow the thugs to run rampant and terrorize their neighbors. This would never happen in Aventura or Sunny Isles Beach, the South Florida city with the largest influx of Russians, Donald Trump’s favorite foreigners next to Norwegians.

3. As the years go by and they run out of land in South Beach and Wynwood, the New York real estate moguls who teamed up with Miami’s Cuban developers and the Latin Builders Association start eyeing houses, apartments, and commercial buildings in neighboring areas.

4. The developers approach the black family and dangle six-figure offers in front of them. Because they want their children to live in a safe neighborhood, the parents take the $200,000 or $300,000 to move out. In Allapattah, the developers target Dominican and Puerto Rican families to displace.
5. The developers tear down the houses and put up "coming soon" signs for new condos that start at $500,000 or above and commercial buildings with retail stores that don't cater to the community. But first, the police and the politicians finally get their asses in gear to clean up the neighborhood and crack down on crime.

6. Then they announce a big-ass project that they claim will be an economic catalyst for the neighborhood. Case in point: David Beckham's proposed Major League Soccer stadium in Overtown. Even though the residents don't want the stadium because it will bring congestion and hordes of people who don't patronize local businesses, the project gets rammed down their throats.

7. Meanwhile, property values begin to skyrocket and it turns into a gold rush. More families end up selling out to developers. And the people living in halfway homes and HUD houses are relocated to Homestead and Florida City.

It’s a game that is playing out in every major metropolitan area, including New York City, Detroit, and Chicago. Donald Trump is making America gentrify again. He started with the Mexicans. Then he went after the Arabs. Recently, he said he didn’t want Haitians and Africans in the U.S. either.

It’s time for us to get our affairs in order. If we are not careful, there won’t be any black people left in Miami.