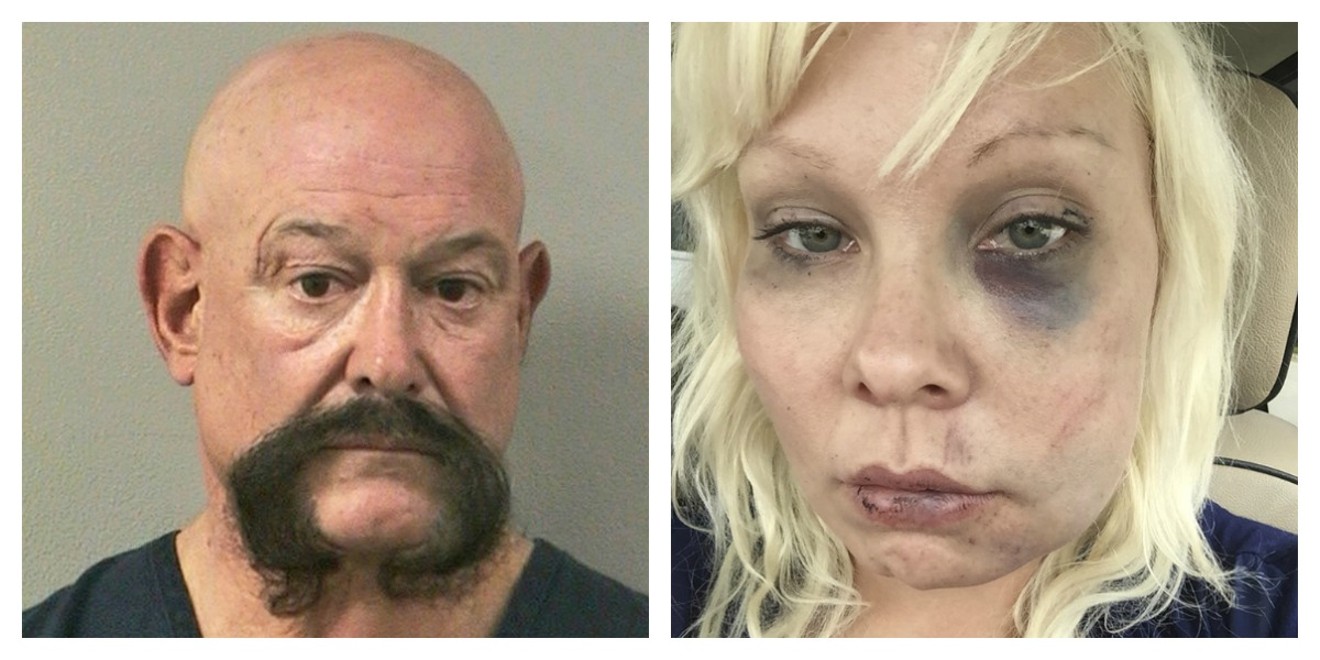 Ted Vernon will star in a fifth season of South Beach Classics despite abuse allegations from ex-wife Robin Ziel. Mugshot via Broward Sheriff's Office; photo courtesy of Robin Vernon
For seven years, Miami car dealer Ted Vernon starred in a fledgling reality-TV show, South Beach Classics, that aired on the Discovery Channel and Velocity. All the while, Vernon's costar — his then-wife, Robin Ziel — says that behind the scenes, he made her life a living hell. In 2017, Ziel broke her silence in a New Times story about Vernon's lengthy history of domestic violence, which included an arrest for battering Ziel.

After the story was published, Velocity quietly took South Beach Classics off the air. But now Vernon's longtime producer and friend, Max Wyler, has announced the show will return for a fifth season.

"South Florida's favorite celebrity is hitting the small screen," a release says in an unfortunate choice of words.

New episodes of the show will air on YouTube and the Beach Channel, a regional TV station which Wyler co-owns, "in hopes of reaching a wider audience."

Court records paint an ugly picture of Vernon's aggressive and often violent behavior. His rap sheet includes arrests for forcible rape, felony battery, and threatening a public servant. Police reports and sworn depositions show Vernon's two ex-wives and all three of his children have accused him of physical abuse on numerous occasions. Ziel has recounted repeatedly being punched in the face by Vernon. His daughter says her dad once hit her in the head with a two-by-four — and there were other incidents.

Despite those allegations, Vernon avoided conviction on nearly every charge. Then, last year, he pleaded guilty to federal firearms violations. Under a court-ordered permanent restraining order for domestic violence, Vernon was supposed to stay away from Ziel and surrender any weapons, but investigators later found numerous guns inside one of Vernon's cars and at his home in Plantation. In April 2018, a federal judge sentenced Vernon to three years of probation, on which he currently remains. (An alleged violation of that probation is now pending before the court.)

New Times reached out to Wyler and the Beach Channel to ask why the network would choose to feature a probationer with a lengthy criminal record and decades of abuse allegations.

"I have discussed your request with legal council, and considering the type of publication that you represent, he does not want me to do the interview," Wyler responded in an email. "However I am willing to do your interview if you will allow me to interview you on camera at the same time, your call let me know. [sic]" (New Times declined the request.)

According to a release, Vernon will also appear in a second TV show, The Walking Ted, in which he'll interview people around Miami. Air dates have yet to be released for either series.
KEEP MIAMI NEW TIMES FREE... Since we started Miami New Times, it has been defined as the free, independent voice of Miami, and we'd like to keep it that way. With local media under siege, it's more important than ever for us to rally support behind funding our local journalism. You can help by participating in our "I Support" program, allowing us to keep offering readers access to our incisive coverage of local news, food and culture with no paywalls.
Make a one-time donation today for as little as $1.