Guards Say They Were Forced to Stay in Flooded, Dangerous Miami Prison During Irma 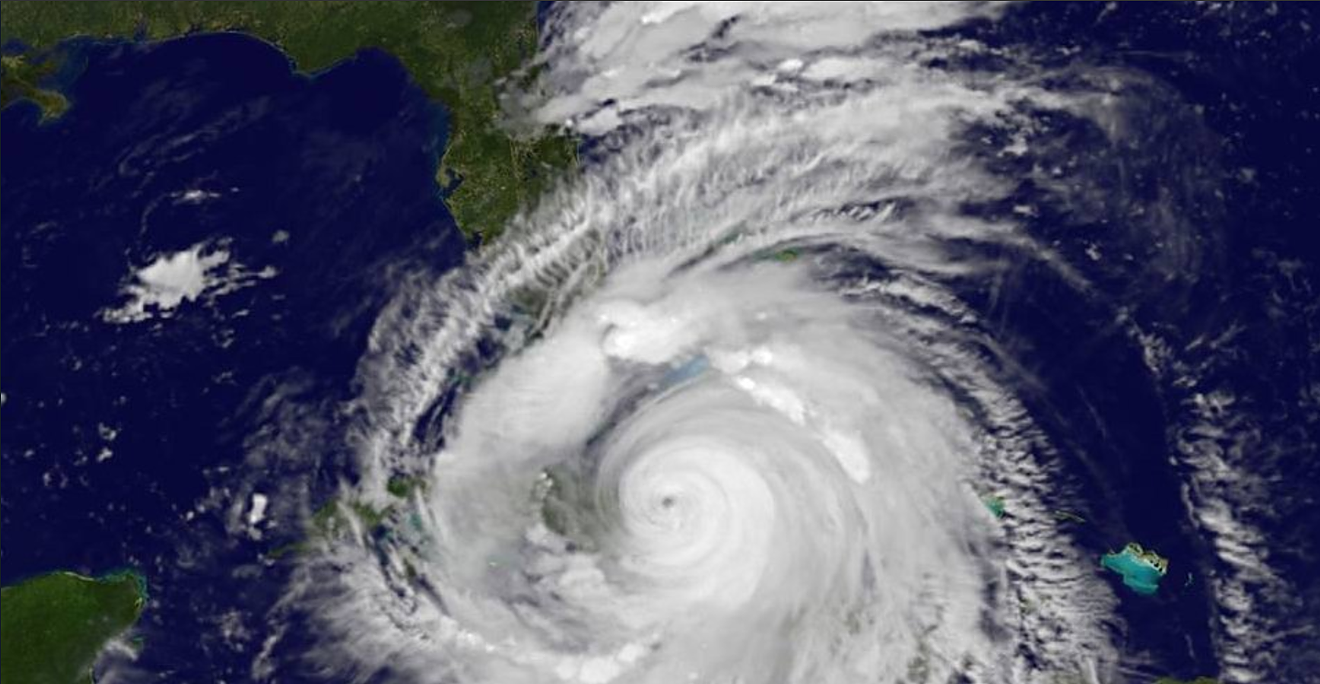 NOAA
When Hurricane Andrew slammed into South Florida in 1992, the Category 5 storm destroyed much of Federal Correctional Institution (FCI) Miami, a prison that houses 1,000 inmates near Zoo Miami. So whenever serious storms have threatened since then, the feds have evacuated inmates. In 2004, the Bureau of Prisons (BOP) moved inmates out as Hurricanes Charley, Frances, Ivan, and Jeanne moved in.

But when Category 5 Irma was forecast to roar right over the Southwest Miami-Dade prison last summer, authorities decided not to evacuate. Instead, the feds brought in more guards. The BOP ordered in two SWAT-style Special Operations Response Team units from Atlanta and Central Florida to deal with any unrest that might occur during the ferocious storm when power went out or the building was damaged.

Now, more than seven months after Irma made landfall September 10, some of those guards say the feds put their lives in danger for no reason — and even forced them to ride out the hurricane in solitary confinement cells, which were covered in mold, urine, and feces. When the rains and wind kicked up, the rooms began to leak and the floors flooded. The power went out overnight. And the guards say they were not fed for a full 24 hours after arriving at the complex.

Some of the guards say that, once the storm subsided, they were suspended for speaking out about the nightmarish conditions they experienced.

"If you were to treat inmates in this matter, that’s a violation of their Eighth Amendment rights,' says Joe Rojas, president of the American Federation of Government Employees Local 506, which represents some of the guards from Central Florida. "You cannot treat anybody in this manner."

He adds that the prison "should have been evacuated immediately" and that he believes the decision to house people inside the jail during the storm put the lives of both guards and inmates at risk.

"Why did we even have people over there?" Rojas asked rhetorically. "The place should have been evacuated immediately. It was endangering people and endangering inmates. I don’t know who made that call."

Rojas' union filed an open complaint with the Equal Employment Opportunity Commission (EEOC) and is still collecting testimonies from aggrieved prison guards. He provided New Times with testimonies from multiple guards who served at FCI Miami through the storm.

Thousands of inmates were also stuck in prisons around South Florida during the storm. Vice News reported that the day before Irma hit, nearly 4,500 federal, state, and county-level inmates were still sitting in their cells. Until the last few before Irma struck, meteorologists warned that the eye could have sawed right  South Florida's coastline — when Andrew hit in similar fashion in 1992, multiple prison facilities, including the state-level Homestead Correctional Institution (then called the Dade Correctional Institution), were basically demolished.

Federal officials did not immediately respond to messages from New Times yesterday about why they chose not to evacuate the prison in Southwest Miami-Dade. But New Times reviewed three sworn affidavits from prison guards who traveled from FCI Coleman — a federal prison in Sumter County — to the Miami prison September 9, just before the storm hit. All three say the cells they had to sleep in were in horrid condition.

As part of the EEOC investigation, Coleman guard Zachary Sanders stated in a March 29 interview that "when we got to [Miami], basically they didn’t know we were coming. That night, I know the following next night we did stay in Special Housing, and... it was disgusting, gross, water leaking through windows, just dirty. I was cleaning my own cell. I know a window was busted across from me, water was coming in because it rained that night."

Two other Coleman employees say in affidavits that guards complained about the "sanitary conditions" of the rooms they received when they arrived at the complex. All three said they believed prison officials in Miami seemed wholly unprepared to take care of them through the storm and in some cases seemed like they did not even know extra units were being sent to Miami to provide additional help during the storm.

The three guards also say that Coleman's warden, R.C. Cheatham, screamed profanities at them for speaking up about the conditions. (In their EEOC complaint, the men also allege that Cheatham, a black man, may have been "discriminating" against them for being a "majority white" group of officers.)

The reports raise concerns for both guards and inmates alike. In a follow-up release after the storm, the BOP reported that the Miami complex sustained "limited structural damage, while the Federal Detention Center in Downtown Miami suffered minor water damage and flooding as well."

In an April 19 letter sent to federal prison officials, the union reported that when the Coleman team arrived in South Florida, "the building was still dirty, smelled like urine, water on the floor with mold in the cells, all over the bunks and toilet paper covering the vents. Due to number of staff... there not enough beds and some members had to sleep on the floor in the water... During the storm the building lost power and the sallyport gate was locked and all team members could not exit the building in case of an emergency."

Because of the possibility of "toilets " while the power was out, BOP officials moved the extra units into the complex's education department, where other temporary staff had been stationed, the union says.

"These are all military veterans, all Army and Navy guys," Rojas told New Times. "They don’t mind sleeping cots and everything. They probably wouldn't have spoken up, but once they got back to Coleman after the storm, Cheatham kicked them all off the team."

The guards say they were all suspended for four months following the storm. Rojas says their suspension likely spurred them to file formal complaints about their working conditions during the storm.