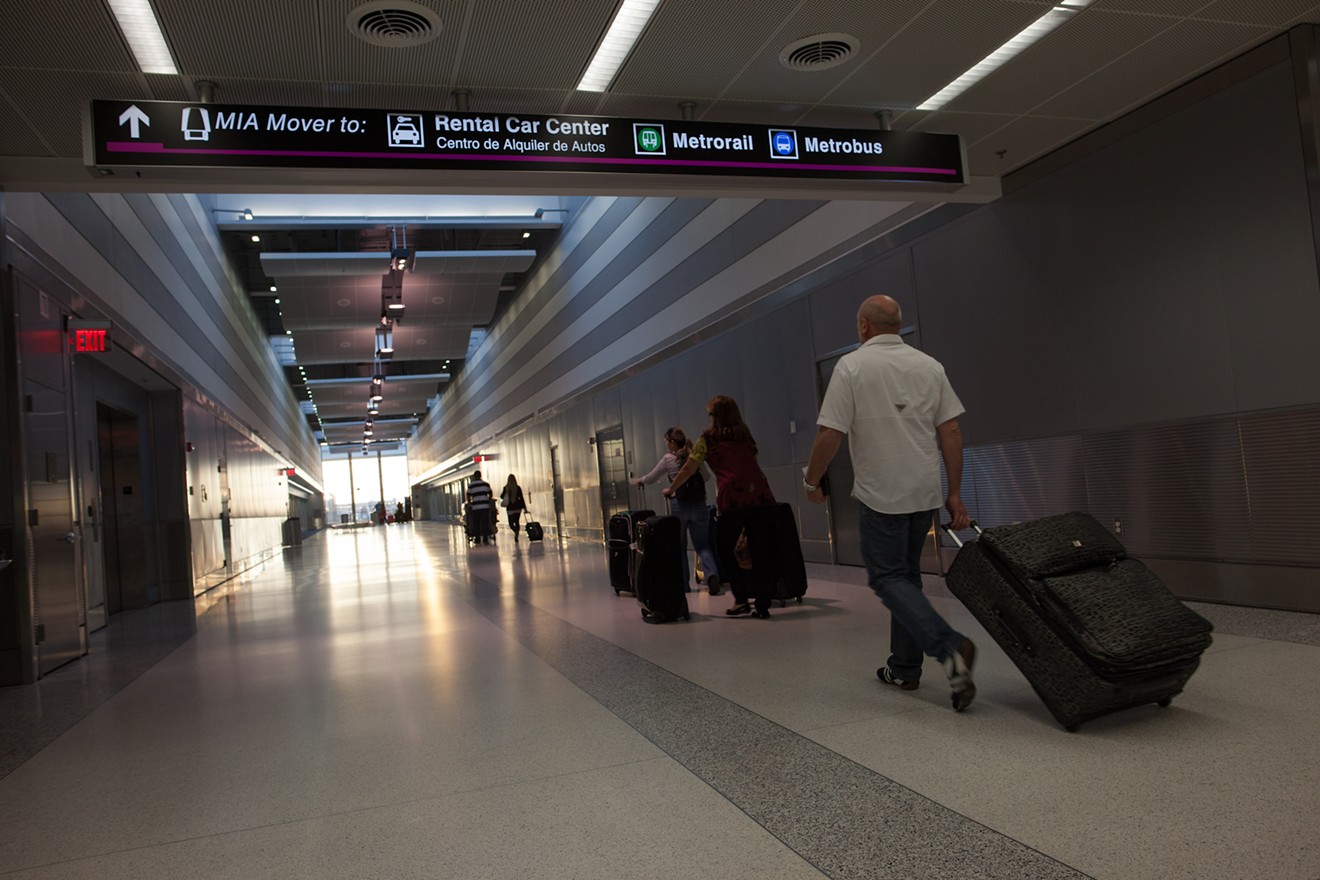 In a lawsuit filed in county court, Raphaela Lucarelli, a longtime spa owner and wife of Florida evangelical preacher Daniel Adams, says a mundane misunderstanding over personal medication found in her luggage escalated into a false arrest on drug trafficking charges at the hands of the Miami-Dade Police Department.

Lucarelli wants damages for false imprisonment and violations of her constitutional rights in connection with the May 25 airport incident.

"Being held like that is traumatic, especially for somebody who doesn't have experience with the U.S. legal system," Lucarelli's attorney, Jeremy Friedman at Downs Law, tells New Times. "It isn't right for someone to be treated like that. The officers acted first and looked to see if they were right later."

Lucarelli says the saga began when she returned to Florida on an early morning flight after visiting family in Brazil. Upon her arrival at Miami International Airport around 6:00 a.m., U.S. Customs and Border Protection (CBP) found her regimen of personal medication while inspecting her luggage. Though she explained that she had legal prescriptions for the pills, the agents brought her into a backroom, where she was "harassed by five to seven CBP officers," Lucarelli says.

Miami-Dade Police Department detectives started trickling in, and the situation deteriorated from there. Lucarelli, who has a Brazilian background, claims one detective "called [her] a Mexican" and tried to pressure her into confessing to his illusory narrative that she was trafficking drugs.

Despite Lucarelli explaining, over and over again, that she could provide the prescription documents and put police in contact with her doctor, the Miami-Dade detectives placed her in handcuffs, the lawsuit alleges. They escorted her through Miami International Airport while she was in tears.

"All of plaintiff’s possessions were taken away and the police officers began the in-take process: fingerprints, orange prisoner jumpsuit, and placing plaintiff into a cell," the lawsuit reads, describing Lucarelli’s arrival at a Miami-Dade County jail. "[She] was required to strip naked in front of a female officer who then made [her] bend over, spread herself, and cough four times to ensure she was not carrying any undiscovered medication."

Lucarelli claims that while in custody, she was denied food and medication, with one officer telling her, "This is not a hotel." She says she did not receive food at the jail until 8 p.m. that night, 14 hours after her arrival at Miami International Airport (MIA).

Her husband, Daniel Adams, a salesman and leader at Good News Ministries, had to drive from Sarasota to Miami to bail her out of jail. When he paid her bond and asked when she would be released, one jail staffer allegedly told him, "There are two speeds: slow and stop. And we're not in a hurry."

The husband waited for hours until Lucarelli was released around 1 a.m. on the morning of May 26, "fatigued, hungry, depressed, oppressed, and anxious," according to the lawsuit.

Beyond the financial damages incurred from having to hire a criminal defense attorney and bond out of jail, Lucarelli says she has suffered from nightmares and other psychiatric trauma from the incident. She says she's missed work and that she begins "to shake involuntarily any time she is around MIA."

As she expected, the charges against Lucarelli were promptly dropped in July.

When reached by New Times, the Miami-Dade Police Department said it does not comment on pending litigation.

Friedman, Lucarelli's attorney, says the incident resulted in his client being placed on a Department of Homeland Security list, which subjects her to questioning, searches, and increased scrutiny when she flies internationally. Attempts to have her removed from the list so far have been fruitless despite the fact that the case against her was dropped, Friedman says.

"It's a real problem. Anytime she travels internationally, she's getting questioned about whether she's an alleged drug trafficker. It's as if one government agency doesn't have the ability to cross-reference state records to show that this case was dismissed... that it was a mistake," Friedman says.
KEEP MIAMI NEW TIMES FREE... Since we started Miami New Times, it has been defined as the free, independent voice of Miami, and we'd like to keep it that way. With local media under siege, it's more important than ever for us to rally support behind funding our local journalism. You can help by participating in our "I Support" program, allowing us to keep offering readers access to our incisive coverage of local news, food and culture with no paywalls.
Make a one-time donation today for as little as $1.
Izzy Kapnick is a freelance writer for Miami New Times, covering environmental law, white-collar crime, and the healthcare industry. He has worked as a legal news reporter in South Florida since 2008.
Contact: Izzy Kapnick